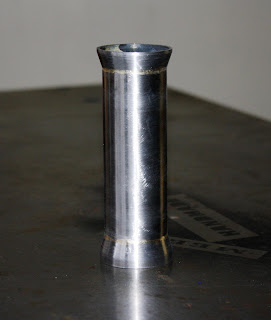 Ok, its not much but its a start and it feels good to get the New Year started with a little frame building.  This is the head tube for Matt's BMX frame that I've been talking about forever.  We're starting out with a little integration on this project.  I've never had any problems out of a standard press-in headset but I've always liked the looks of an integrated head tube much better.  I've used this setup on a handful of frames and its always turned out nicely.  Anyway, I know its not much to talk about but I just needed something to post in order to wish everyone a Happy New Year.  I'm off work today so I decided to start the New Year with some frame building and hopefully a little ride later this afternoon.  Actually I built this head tube a couple of days ago but I just now cleaned it up and am fixing to miter the seat tube.  Tomorrow I should be in full swing mode (fingers crossed). 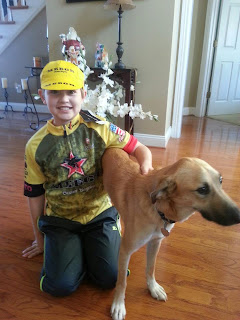 I mentioned in the last post that Anne and I and the dogs were headed to Nashville to visit my mom and sister for Christmas.  We made it and had a great time as it was good to see everyone with the exception of  my other sister Tina and her family, but I'll catch up with her down the road.  This is my nephew Ethan sporting his Team MEECH factory kit.  You gotta start 'em out young you know.  Along side of Ethan is his new dog Cooper.  Missy and family adopted him about a month ago and if only you could've seen him and Dizzy cuttin the rug.  It was non stop and I think they were both a little bummed when we had to leave.  You remember when you were a kid on vacation and you never wanted it to end, I imagine they felt something like that so we're gonna have to get them together again sometime.  I hope everyone had a good Christmas. 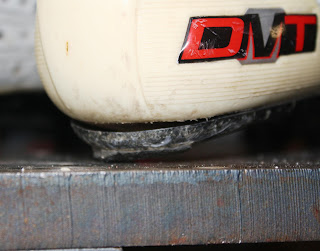 I just realized the other day that the soles are separating from my old, trusty DMT shoes.  I thought it felt like I wasn't getting full-power transfer into my digs up the hills around here.;)
Maybe I'm in better shape than I thought.  No, I'm not.  I don't think this makes much difference in my power transfer but it is a good reason to get some new shoes.  I've had these shoes for so long, probably close to 6-7 years, and I was actually happy to see them breaking down so that I could buy some new ones.  I already have some picked out but who knows when I'll actually get them.  They're gonna be a surprise but I'll give you the review when I get them.  Anyway, it feels good to get back in the swing of things so let me get back out in the shop and do a little more work and then maybe I can put in a short ride. 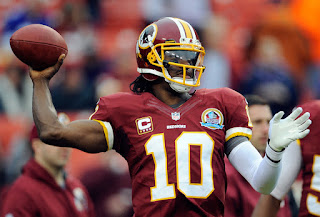 Hey hey, RG3 and the Redskins pulled off a stellar win over the Dallas Cowboys and are going to the playoffs.  I never thought I'd see it happen again. I'm so glad the Redskins finally got something exciting going on, they were dull for the longest time.  RG3 and Alfred Morris have spiced things up this season.  It was a good game and got pretty crazy at the end.  I had a bad vibe about it but everything worked out in the end.  Even though I dislike the Cowboys as much as I do,( I wanted to say, "hate the Cowboys" but I'm trying to steer clear of hate these days) I really did feel bad for Tony Romo.  I like him as a quarterback and I don't think he deserves all the criticism for their losses although this loss probably goes on his shoulders more than anyone elses.  He's gonna have a long off-season and I want to wish him good luck. Afterall, how many of us have actually made it to the pros, much less walk out onto a field as a starting QB. Keep your head up Tony, there are better days ahead. 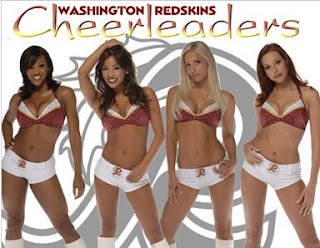