http://www.steephill.tv/players/youtube3/?title=Last 18 Km of Stage 9
Posted by MEECH at 4:53 PM No comments:

http://www.steephill.tv/players/youtube3/?title=17 Km of Stage 4&dashboard=vuelta-a-espana&id=EQi1nAtltbo&yr=2015
Posted by MEECH at 9:21 AM No comments:

http://www.steephill.tv/players/youtube3/?title=Last 15 Km of Stage 2&dashboard=vuelta-a-espana&id=W4cmLrPAp1I&yr=2015
Posted by MEECH at 11:26 AM No comments:

http://www.steephill.tv/players/youtube3/?title=Last 15 Km of Stage 2&dashboard=vuelta-a-espana&id=W4cmLrPAp1I&yr=2015
Posted by MEECH at 11:26 AM No comments: 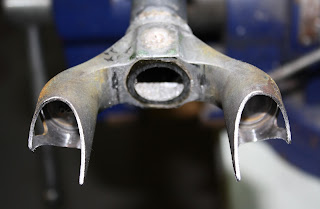 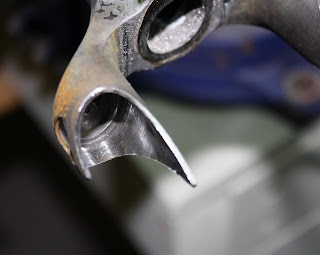 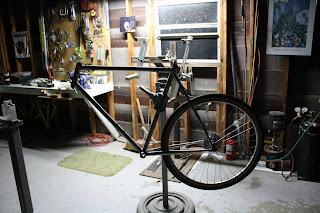 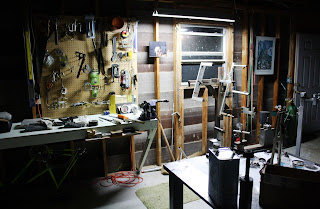 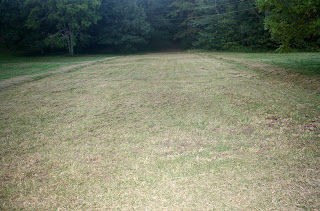 Ok.  Anyone who has read this blog in the past may have come across a post or two about my dream of putting on a race called MEECH-Cross.  There is a story about it somewhere in all this mess that I've made, probably hidden in some posts dating back more than 3-4 years ago, who knows where.  Anyway, my idea for MEECH-Cross was basically a cyclocross race on a shorter course without barriers (no bailing off your bike and jumping over things),  perhaps a jump or two, a couple of berms, and it all starts with a downhill motocross style start.  This way everyone is starting side by side and no one is stuck on a back row behind 50 others. I like to call the start, a fair start.

MEECH-X was kind of a dream that I had but didn't really know if it would happen or not, and the truth is that I still don't know if it will happen or not but there is a chance.  I have a few acres around my house here in Jonesboro and it may be just big enough to pull something off.  My main concern was drawing a big enough crowd to make it a legit race and that in turn made me wonder if I could find sufficient parking for the racers, as I live on the side of a pretty busy road.  While I think I may have adequate parking for a significant number of racers, should a MEECH-X event ever happen, and should it be a success, and should I run out of parking spots, then I guess the overflow would be able to park on the side of the road.  I didn't know if that was doable or not until today when I noticed there was an auction taking place down the street from me and there were more than 100 cars parked on the side of the road.  I felt like MEECH-X had just become a real possibility, so much so that while I was mowing this afternoon I started laying out a course on the property.  If
MEECH-X actually becomes a reality then this here is what the start is gonna look like.  Top of the hill and wide enough for quite a few racers to line up side by side.  I imagine the start is gonna be pretty fast, and you don't even want to see what's at the bottom of this thing. 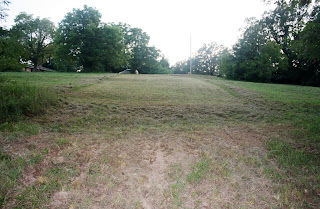 Yep.  It may be hard to make out but this is the landing of a double-jump right at the bottom of the hill, as well as the designated local for future MEECH-X yard sales.

Will it happen?  Not this year for sure because we're still trying to get things fixed up and settle in a bit.  But next year, well, let's wait and see.

Stage 6 Profile of the Tour of Poland 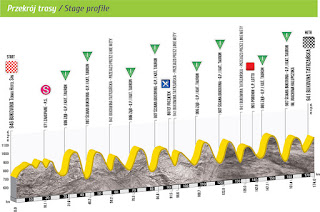 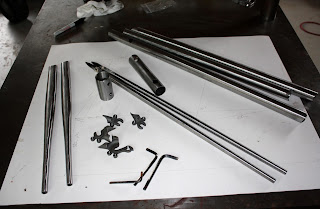 Yesterday I finally got some legitimate work done in the shop.  Even though I've done a little here and there not of it really felt like I was frame building.  As I said before, things haven't completely settled since our move but they are progressing a little at a time.  I've got an order from an old friend/customer, Phil Passantino, for a new 650B touring bike.  Phil already has two MEECHs and is ready for another. I told him it was gonna be a slow build but I had no idea it would take me this long. Fortunately for me, Phil is very understanding and has agreed to wait patiently.  Thank you Phil! 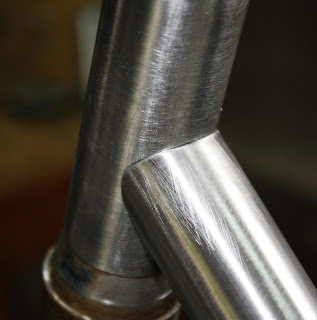 Just got a couple of quick pics showing the build process.  Nothing you haven't seen before on this blog but since it is the first frame since moving, and I didn't have anything else to show you, why not stay true to form.  I took more pictures than what are here however a handful were blurry and I had already tacked the frame together. 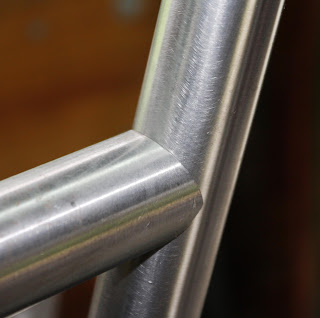 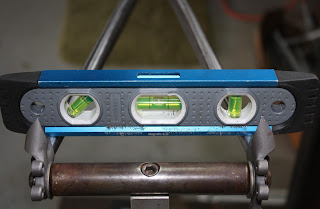 Always making sure the chain stays are level both here and at the bottom bracket shell.  The dummy axle is always level however it one of the dropouts is rotated forward or backward a little it can make things a little less than perfect.  I prefer not to file dropouts unless it's a last resort. 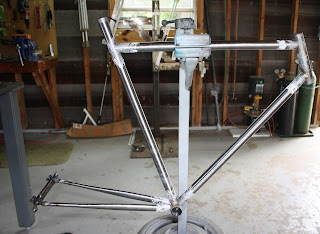 The seat stays are now in place and I need to finish up the brazing.  It felt good to actually have a frame together in the jig after all this time.  I'm hoping to be able to build on this little bit of progress. 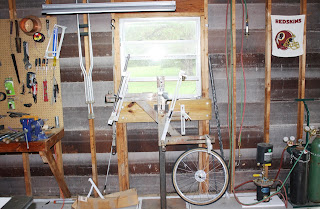 Phil asked to see a couple of pics of the new shop and so here you are.  It's not much but it's getting better.  Things are still unorganized and I'm gonna have to do some work in order to make this place a little warmer for the winter but it will have to do for now.  For those of you who don't know, this is actually the original shop that I started in.  I built my first 5-6 frames here before we moved to Mountain Home.

My old crutches are still hanging on the wall from an old motorcycle accident about 12-13 years ago. I've started to throw them away on several occasions, but knowing how I am, I could need them again on any given day.  Maybe I can find a way to incorporate them into a bike frame.  Hmmm? I still have some pictures and things to get on the wall in order to make it more homey but that'll get done when it gets done. 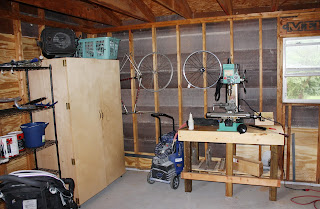 You can see the very first MEECH frame that I built at the Yamaguchi Bicycle Lab hanging over in the corner.  It's retired these days but it's ready to go on a moments notice. 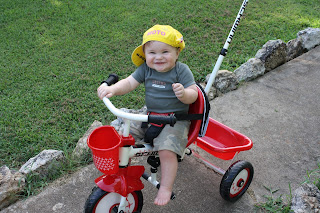 HEY!! That's not a MEECH!
My own son defected to Team Schwinn.  He told me, "No hard feelings Dad but you're just not getting things done fast enough."  In this business it's not, "What have you done for me?" but "What have you done for me lately?"  I understand Jack. I think it's fair to say that he loves it. Once he gets to where he can reach the pedals I'm gonna fill those buckets and baskets up with rocks and we'll see if he's still laughing while he's trying to ride up Potter's Hill.

Thanks for stopping by and I'll try to start doing better with some posts.  I'm taking Jack today to see about a day school a couple of days a week and if that works out I should be able to start getting some things done.  Keeping my fingers crossed.  Chao.