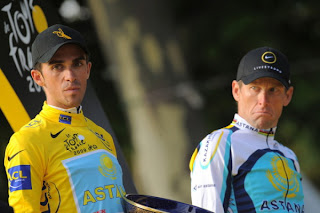 During all the 7 long years that Armstrong was winning the Tour I just wanted to see how he would handle losing just once and this photo tells it all. I can't wait for it to start this year.
Posted by MEECH at 5:45 AM No comments: 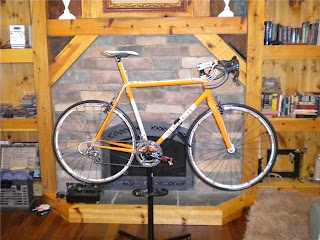 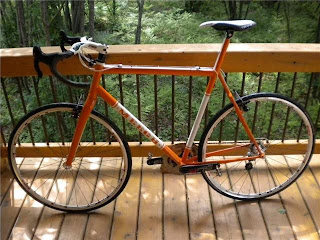 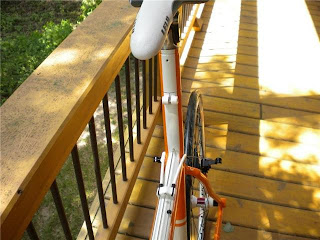 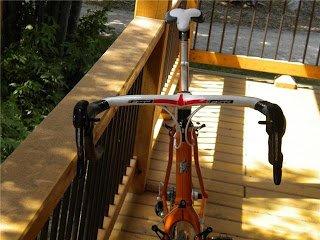 Here are some photos of Craig's bike all finished up. I love it.
Posted by MEECH at 6:21 PM No comments:

I noticed the other day in the Tour de Suisse prologue that Cancellara looked a little chubby, didn't matter, he still won, but just barely beat my man Roman Krueziger 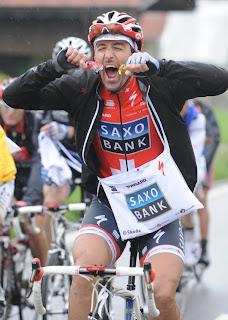 by one second. In racing, if you win it doesn't matter what you look like, unless your Levi Leipheimer, hes not much on the eyes. It would be cool if a little fat boy won the Tour some day, maybe someone like Randall from the movie American Flyers. Just think, people all over the world would be cheering for the fat kid to win. Phil Ligget would be commentating, "Step aside Alberto, theres a new sheriff in town, Randall is gonna be wearing yellow tonight. Go ahead and spill some mustard on it Randall, its not gonna show on the maillot jaune." Its coming!
Posted by MEECH at 11:30 AM No comments: 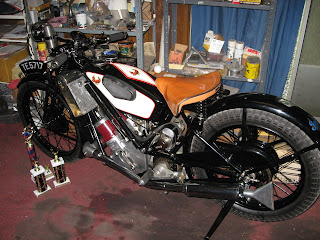 Here are a few photos of some custom built motocicletas done by my good friend Bob Davis. Bob has a machine shop here in Mountain Home and has helped me out on custom bicycle builds several times. His metal-working knowledge is endless and hes no stranger to cycling either, he was doing 100 mile rides before most of us were even born. These are some of the most unique motorcycles I have ever seen. I don't know enough about them to say much except that they have won countless awards all over the country and I doubt you will see another one like these. Enjoy. 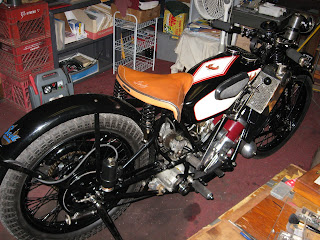 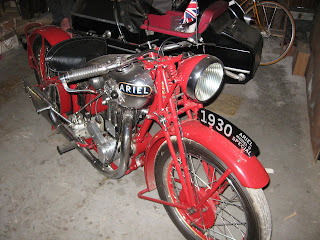 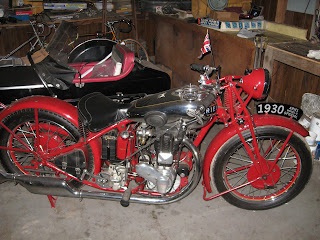 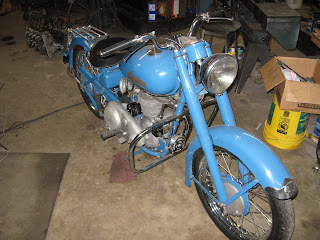 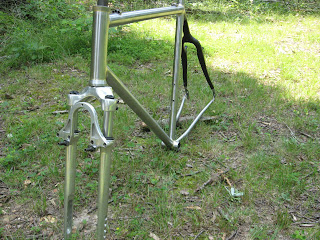 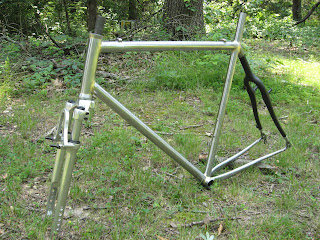 I am always playing around with this old Marzocchi fork that I have laying around. I put it on my very first cross bike years ago. It looks super-cool, unfortunately it weighs about as much as a frame but it still makes for a good photo. Kinda makes me think of the old Yamaha moto-bike. Its a bicycle, have some fun with it. Jump something!
Posted by MEECH at 7:18 PM No comments: 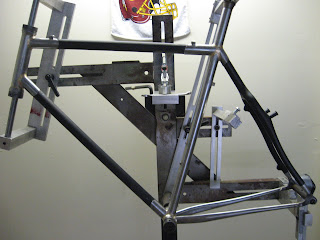 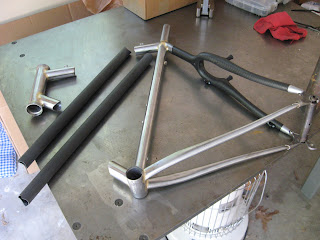 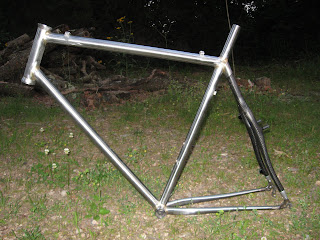 Here is Brad's cross frame all finished up before I put the chop on it and then afterward. The after part was kind of a liberating experience, just chopping up a perfectly good frame. Then I thought all I had to do was just glue it all together. Well, not so fast hotshot. Are you familiar with compound angles? I wasn't, because I was sleeping in geometry class 25 years ago, not that I would've remembered any of it today but luckily after a little scare and a good nights sleep with a lot of prayers I got it together. There are only 4 pieces but it was kinda like one of those Chinese puzzles, only with a deadline. As soon as I get the seat mast turned out its going to paint. Check back. Hasta luego.
Posted by MEECH at 6:34 PM No comments: