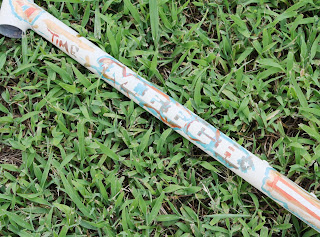 What's up y'all?  Been a while.  This blog, or the neglect thereof, has crossed my mind more than a couple of times.  I wanted to write something, say hey, talk about the Tour, or whatever, but just couldn't find a good enough reason.  I told you we were moving back to Jonesboro and we've been here about a month now.  I've spent most of that time baby-sitting Jack while Anne gets accustomed to her new job and trying to get the shop in good enough condition to do a little work.  I honestly have not felt like a frame builder at all.  I do have one frame that I've been slowly getting cut and fit.  I basically quit taking orders until after everything settles down a bit. The shop needed some repair after termites had eaten more than a handful of wood out of my garage door frame, etc.  I got a new door and replaced some of the siding so I have 4 walls and a roof to work under but it's gonna need some more work later after I finish up the frame I'm working on.

It turns out that full-time baby-sitting, fixing up houses to sell, and fixing up houses to live in doesn't come that naturally to me.  I hate to say that I've suffered because that's probably not the appropriate word, so let's just say that I haven't handled it as well as I would hope. Struggling is probably the best way to describe me at the moment. I don't do very well when I'm confined and can't come and go as I please.  My mind is fragile these days. I remember myself being stronger in the past but I haven't felt much like my old self for quite some time now.  I have managed to get out for a handful of rides with some of the locals here and reunite with a couple of old friends.  That has been welcoming and I enjoyed it thoroughly although my physical conditioning doesn't seem all that great. Then you throw in a couple of tablespoons of fractured mentality, well, I feel as though I have concrete blocks on my feet. I honestly can't remember feeling worse on the bicycle than I do now. Yesterday I started out and turned around after 4 miles.  I would've continued further however I felt as though i was being selfish leaving Anne to take care of Jack after she had worked all day.  That's not fair, and so I turned around.

I have made some progress and I'm trying to focus on the positives, the things that I have gotten done. I guess I thought that we were just gonna open the door and I was gonna feel like I did 7 years ago when we left but I should've known better.  Things have changed a bit. My love for the hot, dry summer days of Jonesboro was met with rain everyday, millions of mosquitos waiting by the door, and temperatures and humidity so high that it has almost cracked me.  I've spent more than a few hours mowing and cleaning up around the yard as well as many more  hours itching and scratching from all the chigger bites that cover my body. I don't remember it being this bad.

"What happened while I was gone?"

There is good news on the horizon.  We have a contract on our house for sell and so hopefully it will be gone in a month or so and we can focus our efforts on our life here.  My wife is slowly learning the requirements of her new job and I hope that will reduce some of the stress.  Jack is doing well and growing fast.  He feels like a little chunk when I'm carrying him around and I can't believe he only weighs 25 lbs.  I think we're gonna have to put him in daycare a couple of days a week in order for me to get anything done at all.  I didn't realize how much I need frame building to feel complete.  I need to work, to make things, to feel creative, otherwise I start to deteriorate mentally.  I feel like I should get a starring role in The Walking Dead.  How much does an actor make to play a zombie?  I think I'm qualified and I could use a paycheck. With my mind being in the shape it's in now, there's no telling what type of paint schemes you'll see when I get back to work.  Don't worry. I'll still paint your frame the way you want it, but the rest of 'em could be totally "wacked".

Guess I should take a minute and say "Congratulations" to Chris Froome for winning the Tour.  It looked like it was gonna be a total bore but Quintana and Valverde turned it into a race.  I wanted Contador to win the double but he just didn't have enough left after the Giro against such a stacked field. Also, the Tour organizers put him and his team up in a Best Western where the rooms were 95 degrees.  I couldn't help but to laugh when I heard Little Al bitching about it.  Everyone booed Froome, accused him of doping, and even threw urine on him.  Even though I'm not a big fan of "Froomey", I think he's clean.  He has actually started to win me over a little.  He took everything that everyone threw at him and handed it right back to them.  Hat's off to him!  I was actually really happy to see Valverde finally get on the podium, even though I didn't actually see him stand on it.  Like I said before, I've been worrying about other things besides this year's Tour.  I heard he cried after Stage 20.  He actually did a pretty decent time trial in one of the smaller stage races leading up to the Tour.  I can't remember if it was the Dauphine or Tour de Suisse, but he laid down a decent time.  First time for everything.  He's a pure racer and regardless of his past should receive a little respect.  I'm happy for him.  I don't know who's gonna show for the Vuelta. That one is my favorite.

Well, that's all I've got for now.  I'm hoping to gradually get back up to speed in the shop here pretty soon.  I've got lots of colors circling around in my head that I want to put on the bikes, as well as I'm dying to get started with carbon fiber.  Of course I've been saying that forever.

Pantani: The Accidental Death of a Cyclist (Trailer)

Just got done watching this documentary on Marco Pantani via Netflix.  If you have access it's definitely worth the viewing time.
Posted by MEECH at 2:27 PM No comments:

Scoot in The Rockies 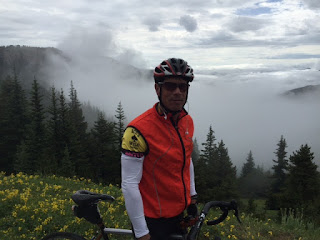 Scott just sent me a quick pic of his most recent ride in the Rockies.  He took his new MEECH out there to give it a good climbing test.  Love the jersey! Thanks for riding a MEECH Scoot!

We've managed to get the important things moved so far and I'm working a little at a time to get my shop set up.  All I need to do is get a garage door installed and I should be ready for some work.  Termites had eaten up alot of wood around the existing door frame and I've been having to pretend to be a carpenter here lately.  Just for the record, I'm a pretty miserable carpenter.  I would be out there working now except the mosquitos are unbearable at the moment with the shop being wide open.  We're getting close and I'm optimistic.

Tour is fixing to get good. Thanks for stopping by.

Nibali added, “you always hurt yourself” in a crash, no matter how trivial it might appear. When asked if he would continue, he drew a loud round of laughter when he said, “We’re cyclists, not footballers.”
Posted by MEECH at 7:20 PM No comments: