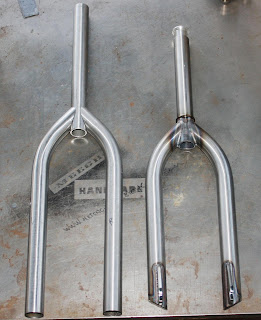 I spent a couple hours out the shop this weekend playing around with the fork for Matt's BMX project.  When I received these fork legs from Standard Bykes I was like, "Whoa, those are a little fatter than what I was expecting."  Apparently they don't believe in flex.  So anyway, this is an actual Standard fork on the right that I'm using as a model and we're making a few changes to ours but for the most part it should look pretty close.  I'm having my good friend Bob Davis cut me some dropouts and I'm hoping they'll be done in a day or two so that I can put this thing in the jig.  I may actually have to build a jig for this fork as the old Bringheli may not work for this application.  We'll see.  The forks made by Standard are very nicely done.  The inside of the steerer tube is threaded to house the compression cap that you see screwed in.  No sleeves in this thing, they machine it in, and, they machine the bearing race onto the fork steerer as well.  Check it out.  I'm not gonna be able to pull anything like that off but Bob will machine a threaded bushing for the compression cap and I'll just braze it in and for the bearing race I'll just braze on a race ring and cut it like I do all my fork crowns.  This build is pretty interesting as its totally new to me.  Ever heard The Pixies song "U Mass?"  I still have to miter these fork legs a bit as they are still a little wide and the length will be taken down a little also.  This fork is gonna be all fillet-brazed, no tig-welding here.  Check back. 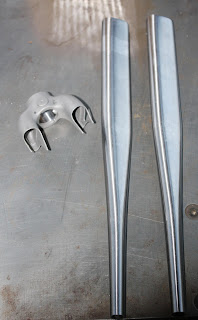 Here are some nice looking fork blades as well that I picked up from Nova Cycles the other day.  I believe they may be Columbus Max but I forget.  They have a nice shape to them and  a fork crown to match.  It comes as a kit and makes it very easy.  Its gonna make a very nice straight-blade fork.  Don't know what I'm gonna use it on but I imagine I'll use this style quite a bit in the future so long as I can get my hands on them.  I love 'em.  New products keep things interesting.  I doubt MEECH Custom Bicycles will ever get so big that I decide to start fabricating motocross bikes like Cannondale did.  Remember that?  Back then I wasn't a big fan of Cannondale because all their frames were those big, fat-tubed aluminum
jack- hammers. But apprently they sold enough of those jack-hammers to fund a motocross project.  They worked at it for quite a few years and probably made a respectable motorcycle however it couldn't quite compete with the "big-4."  I don't know what happened exactly to the Moto-Project but they came back with a vengence with their carbon fiber bicycle frame design and now they are one of my favorite frames.  If I didn't make my own frames I would probably be riding a Cannondale EVO.  Very nice stuff and they look very racey. 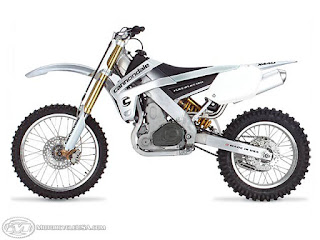 Here is a quick pic of one of Cannondale's old motocross bikes.  Its not bad looking and I think they had some ideas that were a little ahead of their time however after reading an old Motocross Action review they didn't get much right with it and that was the start of the end of the "Dale" as I believe they called it. A motocross bike is probably not gonna go too far with a name like Dale. You need to name it something like Super Jizz.  Motocross Action roosted all over Cannondale's design in a motocross bike shootout and apparently Cannondale blamed the failure of their bike on MXA.  I don't know how much of that story is true but the motorized Cannondale's are history, at least for now anyway.  The EVO bicycle frames are bad to the bone though. 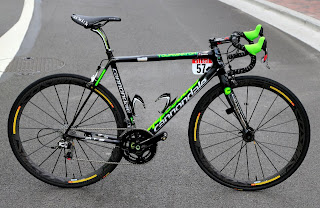 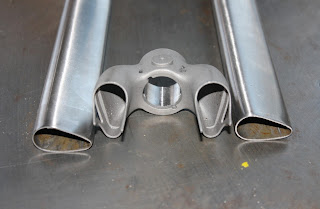 Here is a shot of the unique design of these fork parts.  Its very A-row.  I like things that are a-row.

Well, my Redskin dream didn't last long.  They played a good first quarter and i was stoked like a wood-burning stove but then things just started going south real quick.  RG3 reinjured his leg and eventually got knocked out of the game.  He's a pretty tough dude and I expect he'll get that knee fixed in a few days and be psyched to come back next year and give it another dig.  I hope so cause he's fun to watch.  Oh well, thanks for stopping by and I'll try to keep the posts coming.  Later.