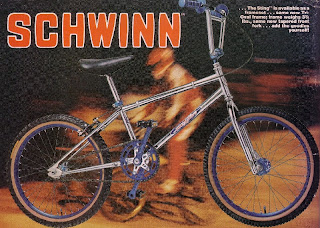 I've got an interesting build to start here in the coming days for Matt who has been a BMXer all his life.  I can't give you all the details because its a secret.  Actually I don't have all the details, just some vague numbers and a handful of BMX parts but numbers and parts are what dreams are made of, or something like that. I have so many things that need to be taken care of both bicycle related and not and I always feel like nothing is getting accomplished.  I have one frame in the paint booth getting a little touch-up work that has been the number one priority, I have Yancey's back-up frame half painted that I need to get finished, and about 2 others that I need to get painted as well.  I wanted to get all this paint work done before starting on any more frames or taking any more orders and my plan was to get it all done between now and the New Year and then start with a clean slate.  Thats still the plan, we'll see how it goes.  Paul has been busy building his house and has had limited time to spend painting and I can't paint in the winter because I don't have any climate control in the shed out back.  People tell me to just throw a heater in there but its not quite that simple.  You have to have some fresh air coming in from somewhere and that fresh air this time of year is cold.  "Well D, why don't you just get you a good respirator and suck it up for a while in there?"  No thanks!  I don't think thats a good idea for a much desired long life-span, nor is boxing yourself up in some 10' x 10' shed, filling it up with explosive fumes, and running a heater.  I would like to get these frames painted but I'm not gonna put my eye brows on the line, sorry Virginia.  Actually I'm willing to put my life on the line for frame building but I'm not interested in going out in some stupid fashion like blowing myself up.

"How did he die?"
"He locked himself in a storage shed with a little heater and started spraying flammables everywhere and KABOOM."

Anyway, no worries mate.   I just spoke with a guy who builds hot rods here in town and he has a full shop with a paint booth as well and he agreed to let me rent booth time from him on occasion which is an ideal scenario for me.  I can get some real painting experience in a professional environment and hopefully start to paint all my frames, or at least a lot of them. So while progress here has been a little slow lately my original plan is gradually coming together.  My job at the bistro has been a blessing in some ways and a beating in others.  Its allowing me a little more financial freedom but at the same time taking me away from frame building.  Don't worry, I'm itching to build frames more than ever but this is the holiday season and  so I'm just gonna focus on getting these handful of things done between now and the end of the year and put a fresh-laid plan to work in 2013. 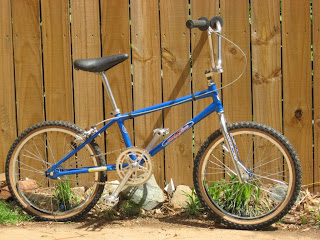 This build here is gonna be a slow build as I'm new to the whole BMX thing but I'm all sure Matt is gonna bring me up to speed pretty quick and once we have all the small details out on an open table it will be some interesting fun.  I love the whole BMX thing and I've always wanted to get the MEECH name out there on a track somewhereand this is my opportunity.  I'm sure I'll have some more to add to this shortly but I need to go run Dizzy dog this morning and let him spread the love if you know what I mean.  I've been a little sick these last couple of days but I think I'm on the downhill now. 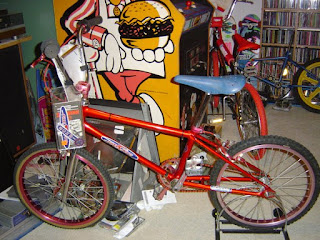 Wonder what video game that is? This looks like a fun room to be hanging around in huh? So anyway, back to this BMX thing.  I never was a BMX racer in my time as there wasn't an abundance of BMX racing in my area, or any that I knew of.  Motocross was always my dream but I never got to race on a motocross bike until I was like 20 yrs. old.  My parents weren't big on the whole motorcycle thing so I had to wait until I got old enough to go at it on my own.  I had a couple of motorcycles when I was young but never did any racing only jumping and popping wheelies around the neighborhood.  When I was in the 11th grade I actually talked my mom into co-signing on a loan so that I could purchase a CR125.  A couple of years later I finally got to take it to my first race.  Man did I suck.  In the first moto I got stuck in the gate so everyone was long gone by the time I actually got going, except for this one guy who was picking up his bike from a first turn crash.  So there is the entire first turn with one rider picking up his bike and me coming down the straight at 50 mph like I'm gonna catch up.  About the time the stray rider gets on his bike I come sliding into the first corner and take him out again.  Man was he pissed.  I had 15 feet on either side of him to go around and I slammed straight into him.  Who knows what happened in the 2nd moto?  All I know is that my dream to ride faster and jump farther than everyone else at the track was shattered.  No factories were gonna call and sign me up and give me free bikes like I had planned.  Pure devastation embodied me but life went on and I eventually won some races in the years to come.  Dirt tracks with jumps and whoops is right up my sleeve so to get my name out there on the fast track is something really appealing to me.  I like seeing people go fast and high and if they are on one of my bikes its just that much better so I'm really stoked with this build. 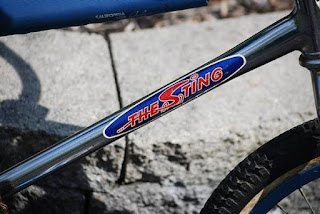 A lot of the older Schwinn's were fillet-brazed so how much better can it get for me.  This frame here was fillet-brazed and then chromed.  You don't see much chroming these days, not sure why.  Maybe its the cost involved, maybe its the EPA, I have no idea.  Anyway, the finish on this frame I'm starting is the least of my concerns right now, I'm just ready to get this party started. Stay tuned.  Venga.