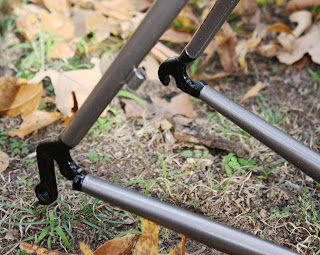 Here are a few pics of Andy's cross frame.   We are gonna get a fork on it before long however for the time being I had to throw the fork on it off of Yancey's backup.  The red stem and saddle are off of my bike and when you put it all together I kinda like the look of it all.  Racey is right up my alley.  Its just too difficult to shoot pictures of the frame only, so much easier with a fork on it, and since I'm taking it to the show with me I thought I'd throw a stem and saddle on it as well.  Why not?  Gotta go to work so I don't have much time to talk so I'll let the pictures do the talking.  Later. Love the way Paul did the dropouts on this one. 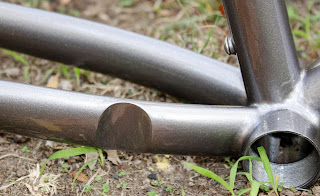 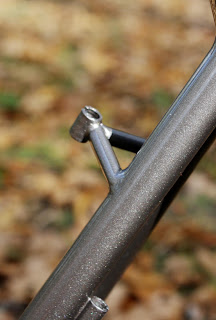 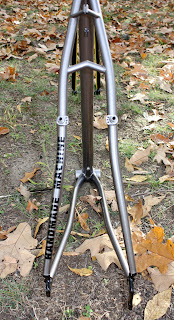 I really like the color of this paint.  Has kind of a titanium look to it from some angles and a sort of cool silver from others. 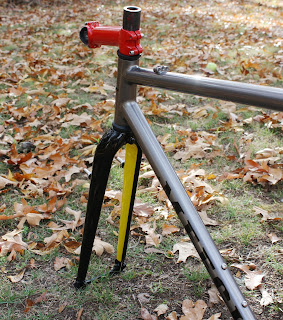 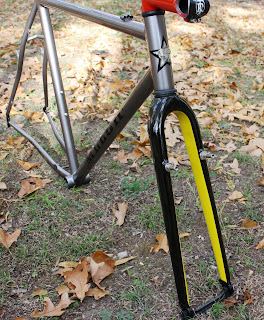 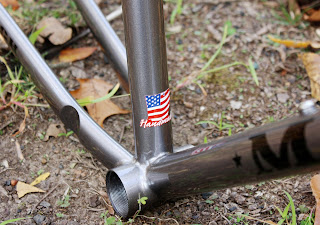 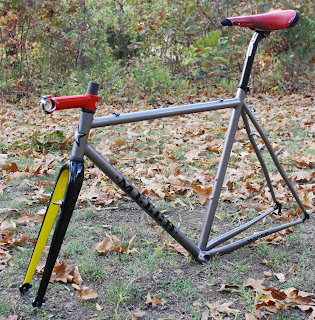