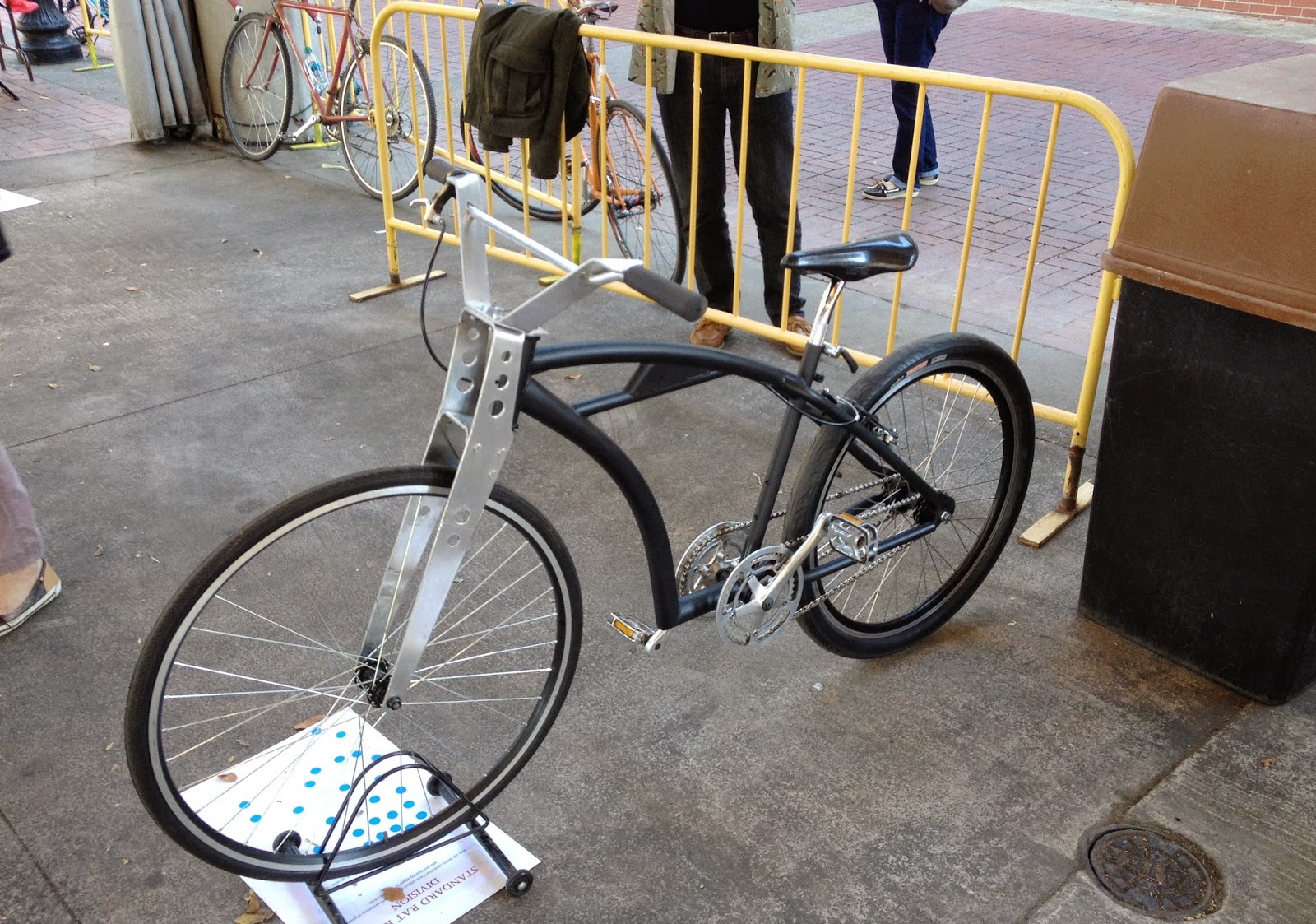 This past Sunday was the 2nd annual Biketoberfest in Little Rock and I got the opportunity to set up a table, show some bikes, and just hang out down by the river in Little Rock.  I love LR because I've spent so much time there racing both bicycles and motocross in the past.  I've also got lots of friends there that I went to school with and met at the races.  Its a
super-cool town and this event was a great time.  Behind the displays they had BMX stunt riders pulling off some pretty gnarly stuff and for whatever reason I didn't take one photo of those guys.  What can I say, I'm an idiot.  I mainly just spent a lot of time talking about bikes with some really cool folks. Anyway, I'm really not a big picture taking person but I did manage to get a few of some of the more unique bikes there.  Check 'em out. 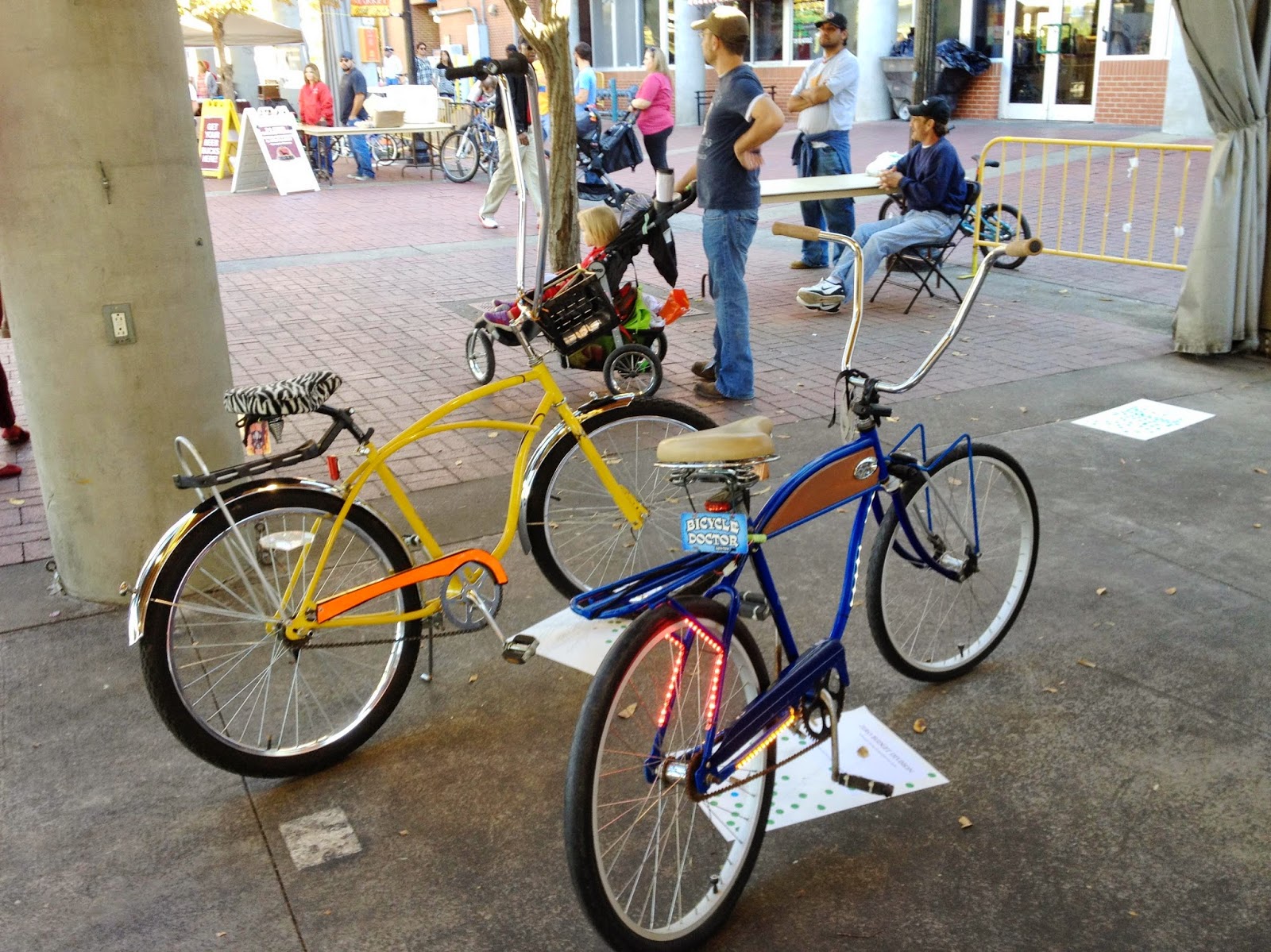 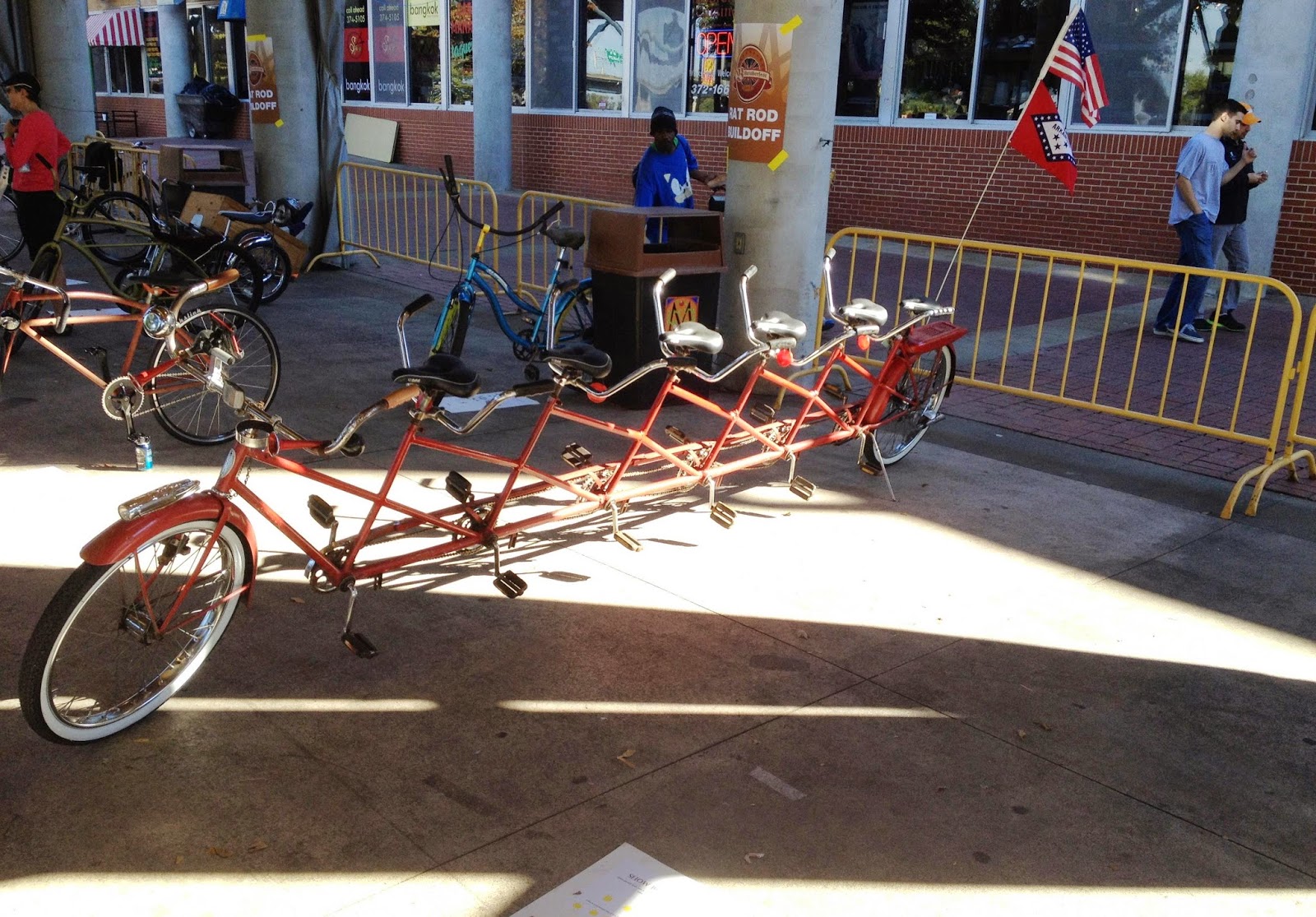 I'm not really of big fan of tandem bicycles however this straight 6-pack looks like a party on wheels.  Man, if you endoed on this thing, the poor soul on the back seat better be good and drunk or its gonna hurt.  Imagine jumping this thing.  "MEDIC!"  The most amazing thing about this bike is that its being held up by only one kickstand. 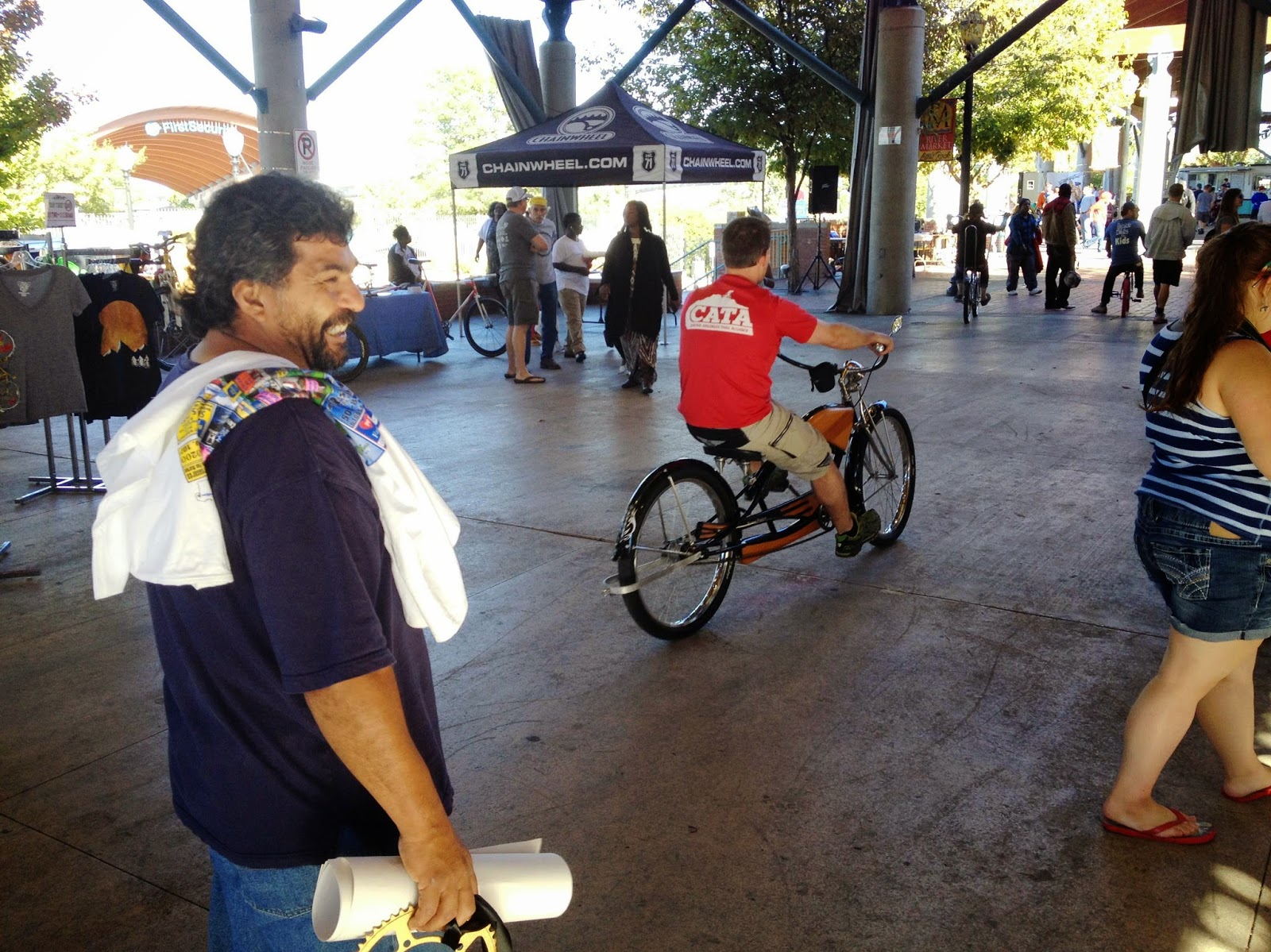 This is the builder of the Straight-6.  Not sure if thats really the name of it but it sounds good to me. There's my buddy Yancey in the background by the Chainwheel tent. 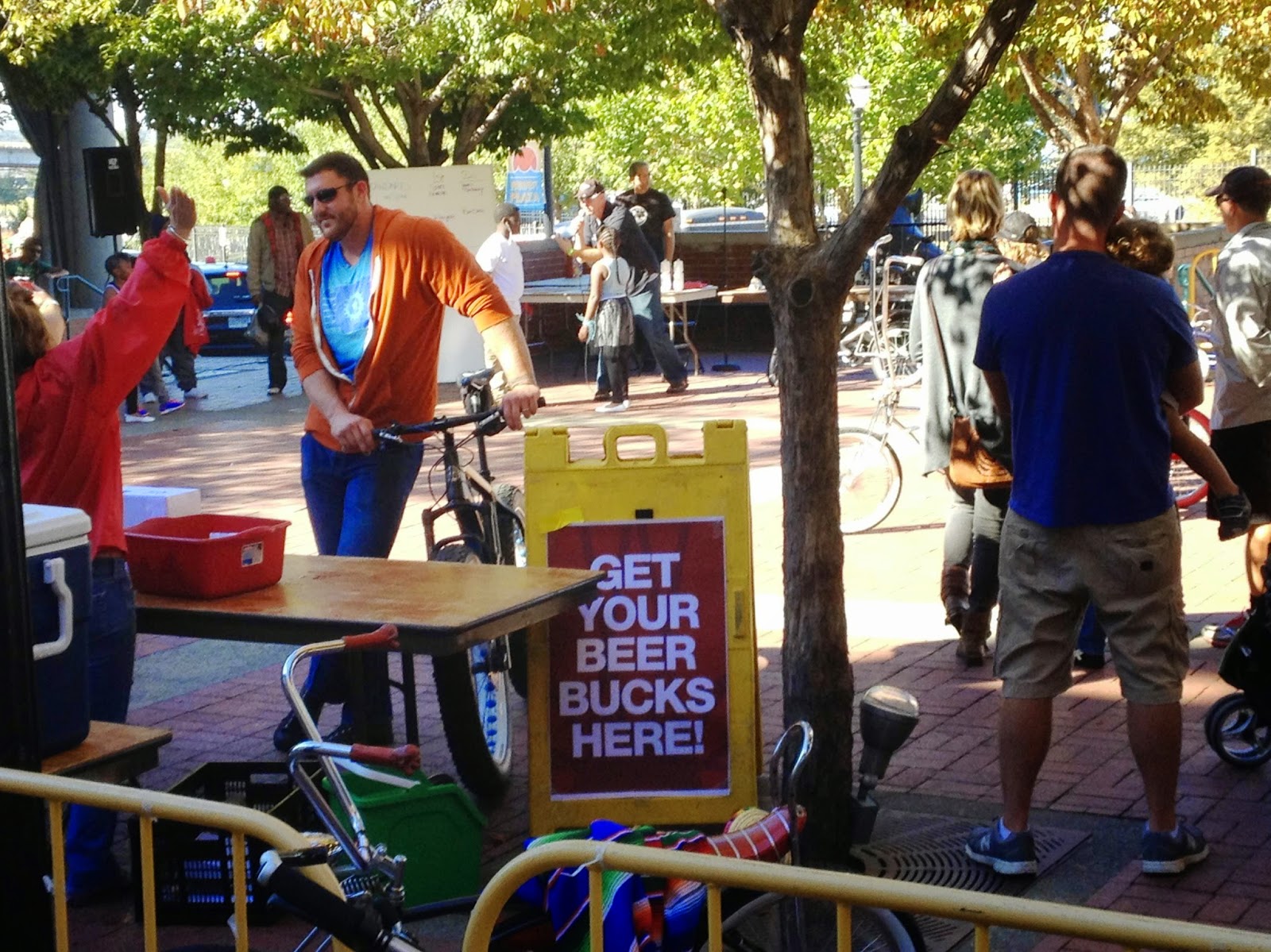 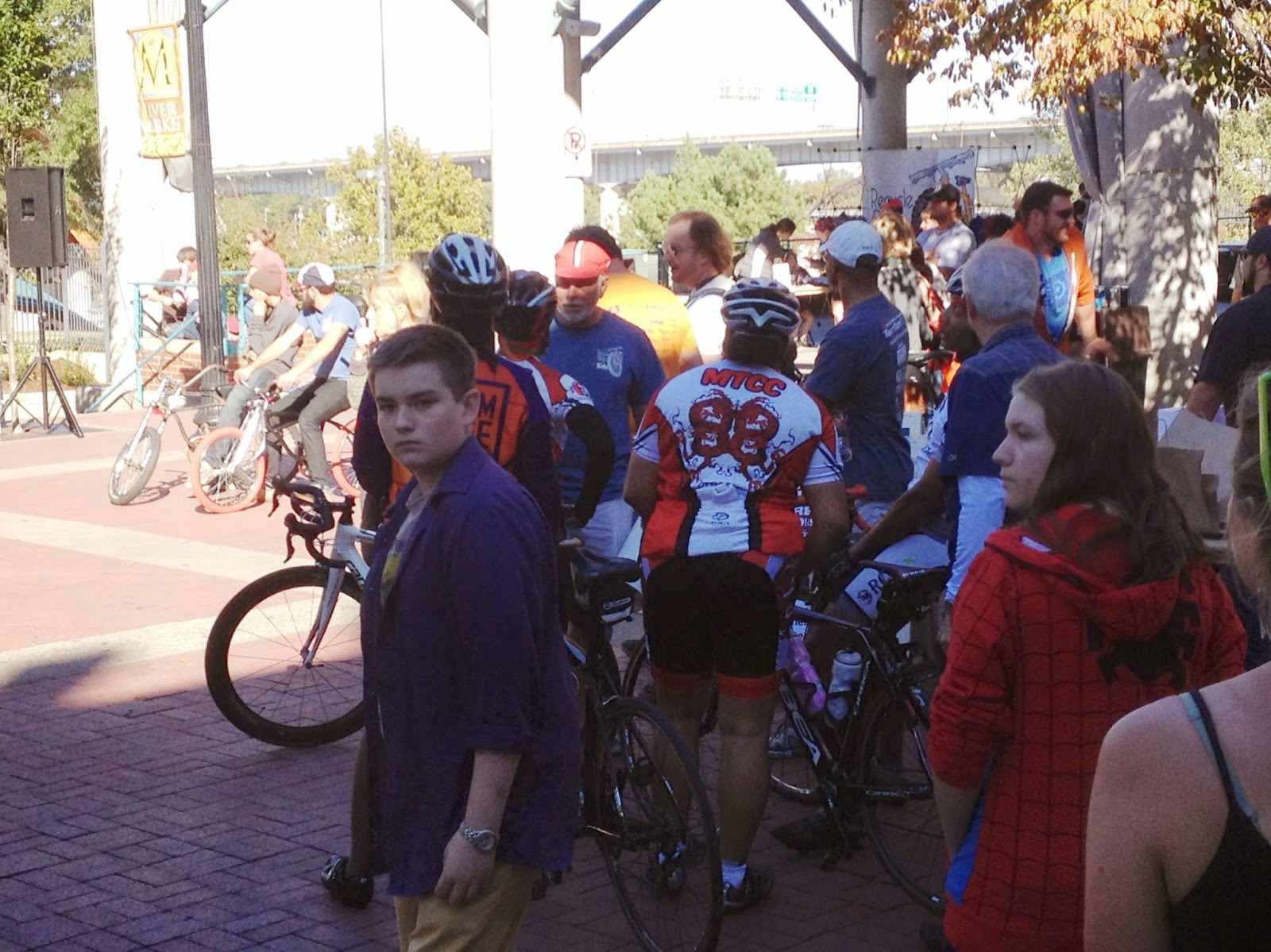 A good time was had by all and I'll definitely go back next year.

Thanks for the invite Jeremiah and Diana!  I truly enjoyed it.