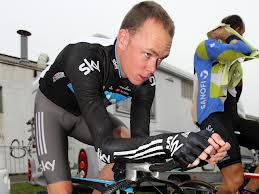 Chris Froome has won just about everything so far this year but its the Tour that he wants.  After reading the story above he appears to be a pretty tough dude. 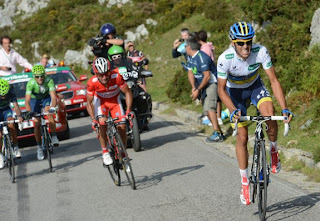 You can bet your gonna see alot of this in the mountains. 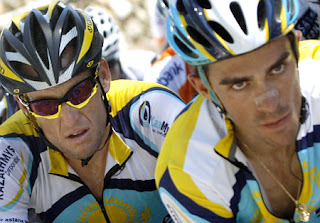 It appears as though Little Al has something on his mind here. I just included this photo to show how determined Alberto Contador can be.  If both of these guys can stay upright and avoid accidents, Contador and Froome that is, this could be one of the hardest fought tours ever.  Sounds like both of these guys have really strong teams and thats what is gonna make these guys rise above the others. 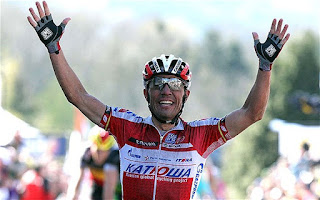 Even though Contador and Froome are considered the main protagonists in this year's race its only fair to say there are many rider's that are gonna win stages and its not fair to just omit them.  I'm guessing the main contenders aren't gonna let Rodriguez or Valverde get too far up the road and it wouldn't be too hard to imagine Cadel Evans on the podium either.  Andy's back.  I don't figure he'll be a threat to the overall but with some good legs he could mess things all up in the mountains, afterall he's got nothing to lose.  Get ready for the 100th edition of the Tour de France.  Hope its a good one. Enjoy!