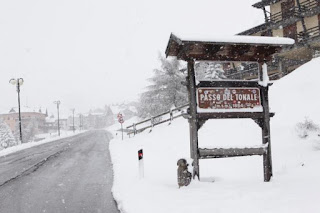 Its been a few days since I've posted anything as I've been trying to get a little work knocked out. Also took a little 2-day break and hung out with Yancey at the Ride the Bricks Criterium in McKinney, Texas.  It was a great little downtown course, about a mile long with a couple of rolling hills.  I was only a spectator and didn't race my bicycle but Yancey raced in the Masters race which turned out to be one the biggest Masters fields that I've ever seen.  There was like 75-80 riders in his race and it was a strung out, single-file pace the entire time.  It looked to be a really well organized race in a great area for spectators and everything went off like clockwork until about 3 laps to go in the Pro, 1-2 race when a huge thunderstorm broke loose.  Not wanting to get wet more than wanting to watch the finish, we raced for the car.  It was a good race and I enjoyed watching.  Did I mention that there is a 60 mph go-kart track just a few miles outside of McKinney? Is it possible that someone would plan a bicycle racing trip around a go-kart track?  Naw, what kind of people would do something like that?  Hey, I only said I didn't race my bicycle.  :)

Anyway, the Giro is on its final day and the weather has been atrocious for the majority of this 3-week race.  By failing to make the cut, Ryder Hesjedal and Bradley Wiggins were almost lucky to have to abandon so early on.  Now they still got time to train and show up at the Tour in good form if it goes well for them.  Meanwhile, Vincenzo Nibali, Cadel Evans, and Rigoberto Uran Uran have managed to keep a snow-covered Giro heated right up until the final day.  Here are a couple of pics from Stages 19-20.  Actually Stage 19 never left the hotel as it was just too bad to race.  I think thats the first time I remember a stage being completed canceled.  These pictures give you an idea of what it was like. 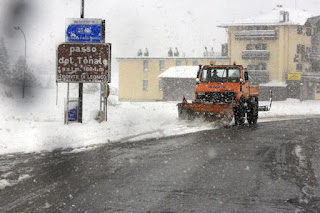 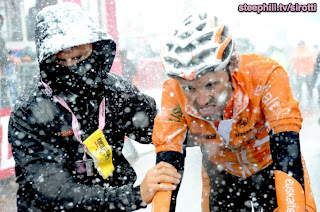 This is how they found Sammy Sanchez on the road. He was completely frozen, apparently in mid-pedal stroke.  He was frozen to the bike so they just sort of skated him over to the team bus and leaned him up against it.   The guy that leaned him up against the bus didn't do a very good job and Sammy fell over and just shattered into pieces like an icicle.  "Whoops."  Team Euskatel was not happy. 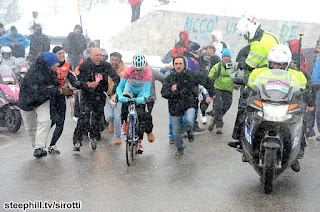 There was nothing that could stop Vincenzo Nibali.  Simply put, he was Superman at this years Giro de Italia.  It was his year as he left nothing to chance and dominated from beginning to end.  I seem to recall me saying something stupid like he was gonna miss his bike from last year but I don't think he did.  Could I please have some green salsa with that crow?  I think Nibali could have won on a Schwinn 10-speed this year.  Anyway, he's winning an epic bike race in grand fashion and after today should have that beautiful Giro trophy in his hands. Hats off.  Not sure if he'll have the strength but he could be a protagonist in the Tour de France.  He could definitely make it a little more interesting as he's turning into a well-rounded rider.  We'll see.  Thanks for stopping by.