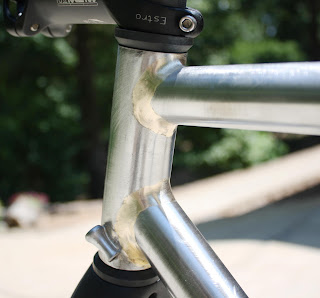 Just finished smoothing out the fillets on Jonathan's frame and shot a couple of photos to show the work.  It seems like its been forever since the last frame I built, I've forgotten which one it was.  Anyway, my schedule these last couple of months has been all over the place and since I started painting a little bit I've had to focus on a little more than just the building.  I don't even worry about numbers anymore, I just focus on the project at hand and when its completed I go to the next.  This frame turned out really nice and Jonathan is hip to let me paint it for him, and I don't think he's that scared either.  He's a pure racer and doesn't seem too worried about the paint but I'm still gonna try to surprise him with a bada$$ paint job, after all, its gonna have my name on it.  Crossed fingers. 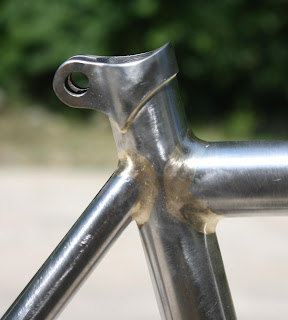 Some of my fillet brazing shots.  You may get tired of looking at them, I know sometimes I do, but I do it so that people can see what kind of work is under their paint, which is what makes a frame good or not.  You can paint a piece of  crap gold but go try and spend it. Actually all the framebuilders that I know do really good work.  Custom framebuilding is all about how good can you make it.  There is a lot of heart and soul in a handmade frame, not to mention blood, sweat, and sometimes tears. I've never actually cried while building a frame but there have been some times in the past that I wanted to, but i didn't, .....seriously I didn't.  If you make a mistake, you can cry about it, throw tools at the wall, or whatever but when its all said and done you're still just gonna have to fix it, might as well get on with it. I take my time when building a frame and it cuts down greatly on mistakes.  This frame was all smooth sailing. I had a friend that once threw his TV through his window when his football team lost and caused him to lose a little money.  Instead of just paying the bet, he paid for a new window and a new TV.  He still said it felt good and he'd do it again.  It was good entertainment, much better than the game. 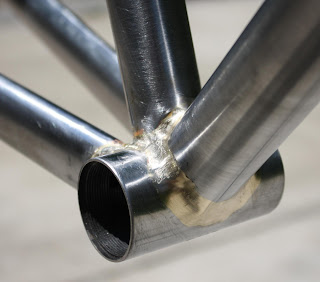 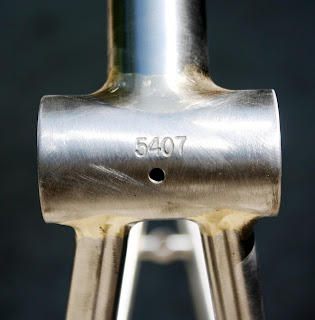 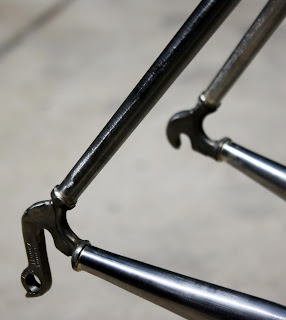 First time I've used HJ's dropouts.  They're not bad to work with.  I guess I need to do a little filing on those edges. 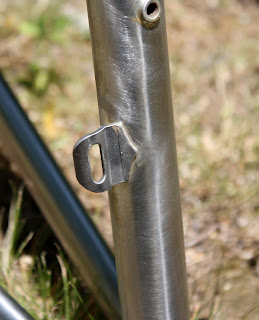 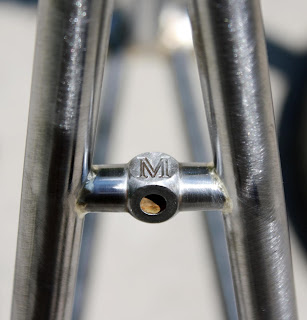 Little personal touch done by Mark at Mainline Awards here in Mountain Home, he does the bb shells for me. 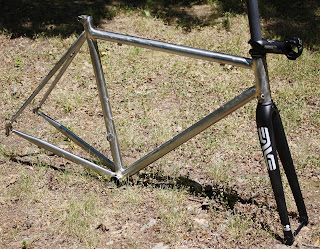 Got a little Enve huh? 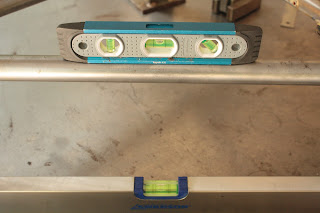 I always make sure they're perfectly aligned before painting.  Throw a level on the table and a level on the main triangle and if it needs tweaking, tweak it.  Let's paint.  Gonna go get some primer tomorrow and hopefully knock out a paint scheme by the end of the week.  Check back to see what I pull off.  Hasta luego.
Posted by MEECH at 2:12 PM