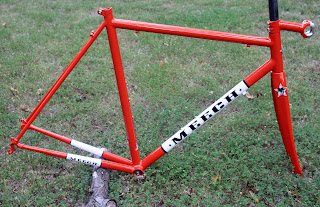 Here of some shots of RV's road frameset.  His frame arrived promptly yesterday and as soon as Ryan had opened it up and gave me the 'ok' I was ready to show this one off.  This frame is constructed out of True Temper OX Platinum like most of my frames and the  fork is Easton's top of the line.  I have already talked about the stem made from Paragon Machine Works components and you've seen the raw photos but the painted version is even better.  Paul from Ace's Wild Custom laid down the paint in classic style.  Its hard for me to believe, but out of all the frames I have built I had yet to paint a frame red.  I painted a couple that were shades of red like a burgundy and a couple had red logos but nothing had been painted Ferrari red.  I had been wanting to for quite a while and finally I got to do it.  I love it and I can see more red in the future. Ryan hails from the Austin area, which has an unbelievable custom bicycle population, so I am very happy to have one of my frames rolling in their streets and I hope to send more there.  Thanks Ryan.
MEECH Custom Bicycles
Handmade in Mountain Home, Arkansas
meech151@hotmail.com 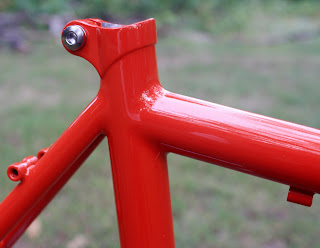 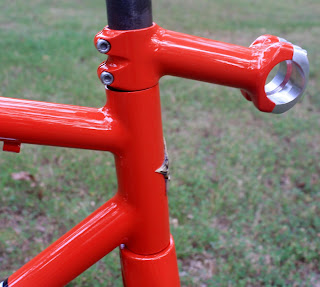 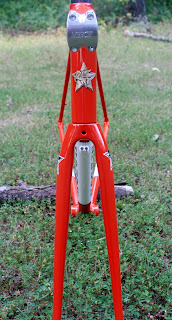 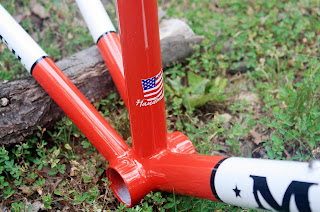 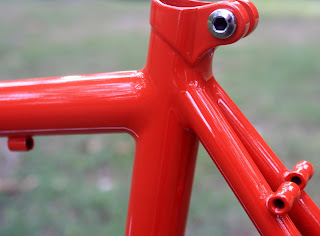 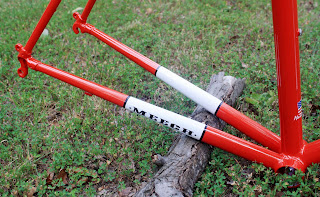 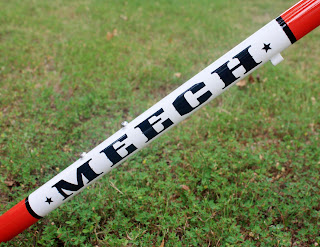