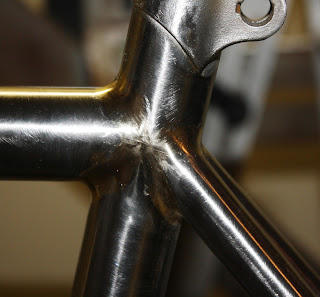 Got a few pics of Carlos Garcia's frame after I got the brazing cleaned up.  It has taken me forever to get this done because for the last week or so I was waking up with a light dizziness.  It wasn't bad enough to not work but it was just bad enough that I couldn't focus very well, so I just backed off for a few days and I'm feeling better now.  Anyway, everything turned out nicely on Carlos' frame and its ready for some primer before painting, I'm just waiting on the fork to arrive so I can prep it.  Some of these photos I shot yesterday late afternoon and a few more were taken at night.  I had a couple of other shots that I really wanted to show but they were a bit blurry, may try to reshoot 'em and add them later today.  Thanks for stopping by. 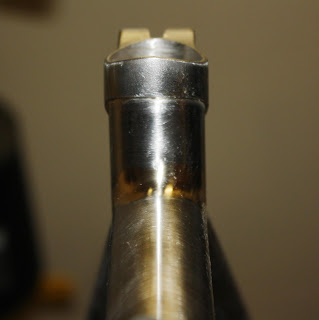 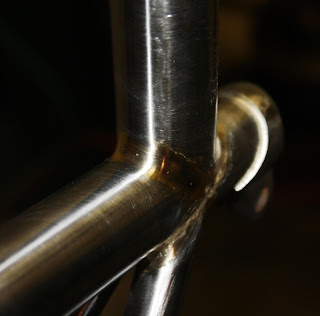 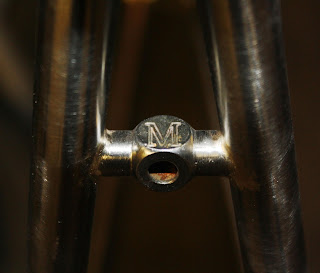 Mainline Awards does the engraving on the brake bridge and the bottom bracket shells for me.  Thanks Mark. 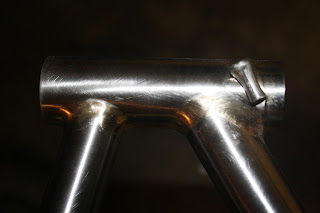 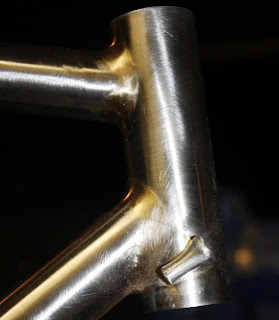 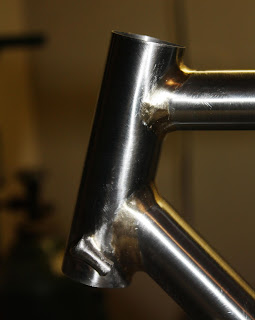 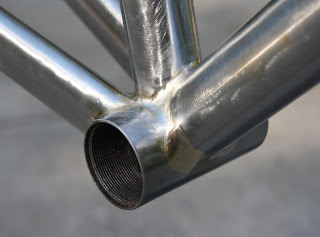 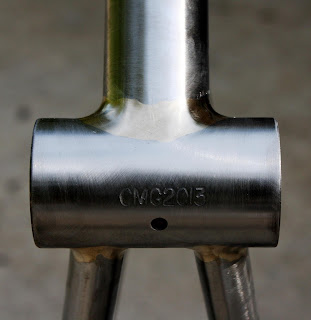 Every frame gets a custom engraved bottom bracket shell and you get to decide what goes on it, as long as its not longer than 9 letters and numbers, although we can rotate it and do another line, maybe even write a short story.  This fillet here is actually too smooth and i'll scuff it up a little to make sure the primer has plenty of surface to adhere to.  This is just for vanity reasons here and while this is not a bad fillet I've seen some that you just sit and stare at with admiration.  I'm still trying to achieve that. 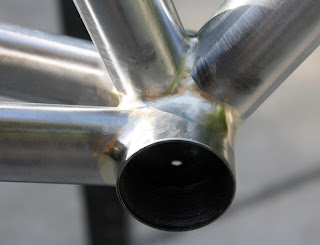 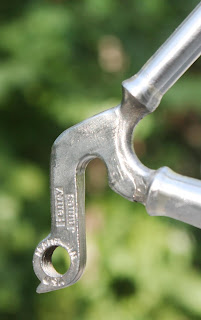 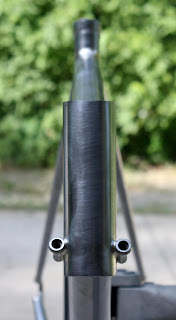 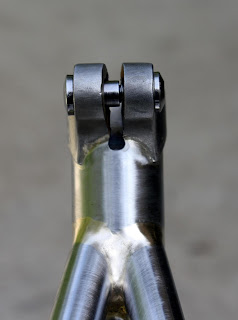 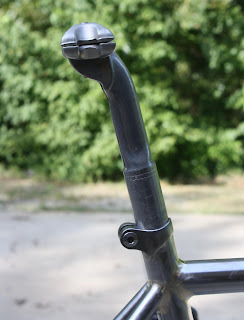 Just threw this old Campy seatpost in for a quick shot. 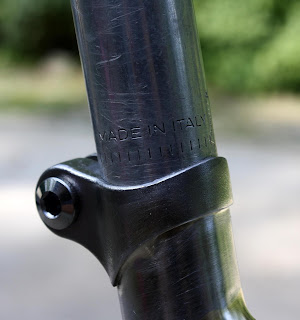 Its always nice when you're cleaning your bike and then a little "Made in Italy" shines through the dirt. 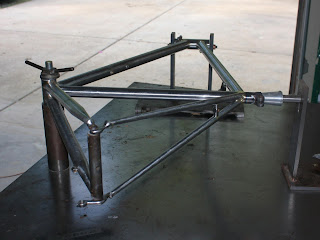 Last step before shooting the primer.  Throw it on the alignment table and make sure everything is where its supposed to be.  This one is ready.  Primer tomorrow.  Thanks for stopping by.