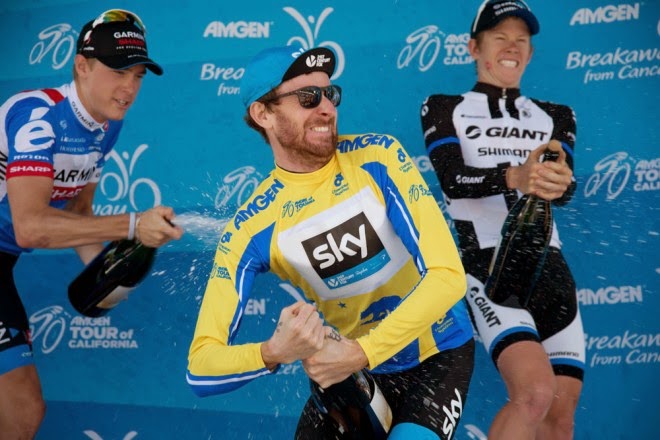 Bradley Wiggins cruised in the Tour of California this past week.  I watched 4 or 5 stages on the tele and he didn't appear to even break a sweat.  The field looked like it lacked competition to me but maybe he just made it appear that way.  Oh well, he set a goal, trained for it, and achieved it.  You gotta respect that.  The last few years I've hardly been able to watch a time trial, but I enjoyed watching him and Taylor Phinney in this race. 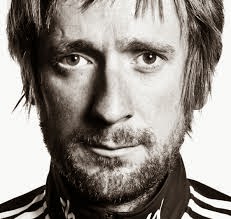 Stumbled onto this photo of Brad while looking through some other stuff.  Wiggins has personality.  I never paid much attention to him until I realized how well he handles the media.  I love anyone who can spin the table on stupid questions.  Return to sender!  He looks the front man of a punk rock band here.  Check this next photo out. 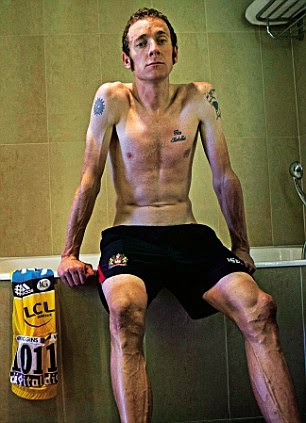 What a body!  If it wasn't for his legs I would guess that he was a heroin addict.  Check that vein out on the left leg.  Geez, that thing is begging for a needle.  I think he rides clean, but then how would I know. Hey, he's a badass professional cyclist, who's won some big races, has Olympic gold, owns a yellow jersey, and he's been knighted by the queen.  Yes Sir takes on a whole new meaning.  I hope he gets to ride in the Tour this year. Adieu.