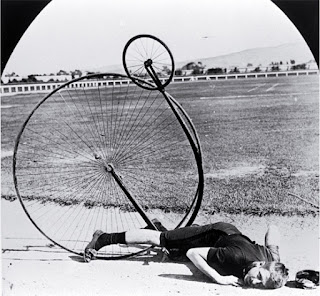 Sorry for the absenteeism the last few days.  There just hasn't been much to blog about these last few days.  I've was sick for  four or five days and am shaking the remains of that off now.  Prior to getting sick, and yesterday as well, I had to go to my hometown of Jonesboro and get some dental work done in order to fix my implant that has been coming loose.  None of this is worth talking about its just that during all this I've been thinking about how I've been neglecting the blog.  Anyway, I'm home and heeled up for the most part and gonna be back in the shop today finishing up the fillets on this BMX frame.  How long have I been saying that?  I feel like half  the days in my week have been stolen from me. The last six months or so have been a bit frustrating.  Have you ever been in a huge crowd of people, like in the mosh pit at a concert, and no matter which way you want to go you can only move in the direction that the crowd moves?  Or perhaps you've been in the ocean before and no matter how hard you try to swim in one direction it just keeps pulling you further away from the beach.  Thats what is going on right now with me.  Its almost as bad as being on the back end of a tandem.  Just rollin with it until I can get back to where I want to be.  I've got more frames to build and paint than I've ever had before so thats a positive thing my good friends and now I'm gonna just try and build on it.  I've been working 4 years hoping that my frame business would take hold and just as soon as it starts trying to get a grip I've had to pull the reigns in.  Nightmare!  Ahh, but those longer, warm days are on the horizon as is road racing season.  You guys better be riding.  Don't wait on me, I'll try and catch up down the road and should you ever find yourself in the ocean being pulled further from the beach try swimming back in a diagonal line instead of straight in, this worked for me the one time I was in that situation. Maybe I need to be trying to figure out a diagonal line to taking care of all this business i can't seem to get done.  I'm gonna think on that one.  Chao.