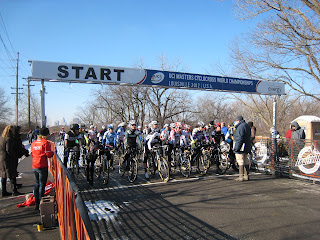 Here are a few photos from the 2012 Masters World Cyclocross Championships that were held in Louisville, KY this past weekend.  Factory MEECH racer Larry Yancey had a solid performance and finished 7th overall.  Starting from the back of the pack the gun went off and Yancey immediately started passing riders and was in mid-pack when they came to a slick, fast downhill.  Larry had been checking out a secret line on the outside in the races before his and as soon as he got to it, hit the gas, kamikazied the downhill, and railed into the lead before anybody knew what happened.  He held it down for quite a while before the national champ (I should know his name but I don't) got by.  It was  pretty knarly conditions even by cross standards.  The riders were carrying an extra 10-15 lbs. of mud on their bikes while navigating snotty downhills with nasty frozen ruts.  Crashes were abundent as well as some excellent competition.  Check out that last photo of Yancey on the final lap, think it was tough?  Larry came home stoked and I believe he has already started training for next year's worlds which just happens to be here again in 2013.  It feels great to have had one of my frames at such a prestigious event.  So thanks Larry for riding a MEECH and next year I'll have you another frame ready to go so that you can have a clean pit bike every lap.  Ride on everybody!
MEECH Custom Bicycles
handmade in
Mountain Home, Arkansas 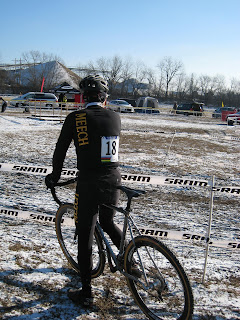 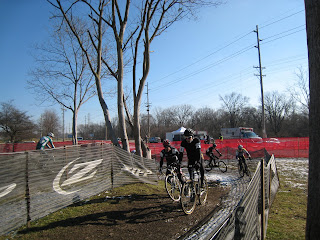 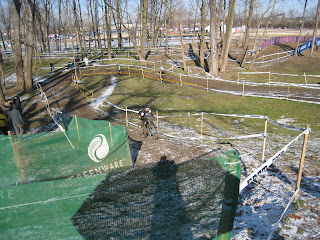 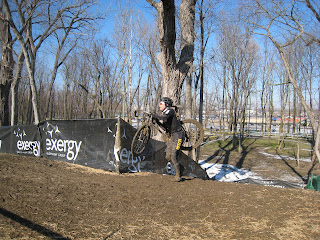