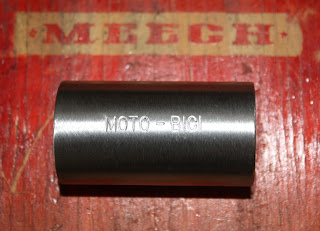 Anybody remember the Yamaha Moto-Bike.  I use to think those were so cool but I never had one.  They probably weighed about 75 lbs but they were virtually indestructible.  I've had an idea for an alternate brand of bikes for quite sometime.  Actually it was more or less my original idea for MEECH  however these past few years were needed to acquire some of the experience needed in order to make it happen.  Anyway, if all goes as plan Moto-Bici by MEECH will be the brand and it will be off road bikes suited for racing, cyclocross at first and we'll see where it goes from there.  I plan on incorporating carbon fiber into the builds and there is only gonna be one paint scheme available, racey. I have a frame in the paint booth now that is gonna have the original paint idea and we'll see how it turns out and adjust accordingly.  As far as the frames go, the idea is very similar to the frame shown below however there is still a lot of experimenting needed to dial it in but they will definitely be made for MEECHcross, which is another of my ideas for a different style of racing that unless I win the lottery or find an invester/promoter may never happen. But I continue to dream about it and I do buy an occasional lottery ticket but winning 25 million dollars has proved much harder than I expected. MOTO-BICI frames are a reality though and hopefully in a couple of weeks we'll have a general idea of what they'll look like and they should be quite a bit lighter than the Moto-Bike.   And for what its worth, MEECH custom bike frames built the way you want them, it your choice of a million different colors will always be available.   Thanks for looking.  chao. 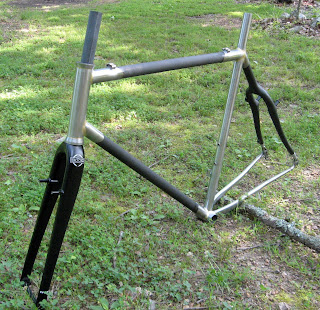