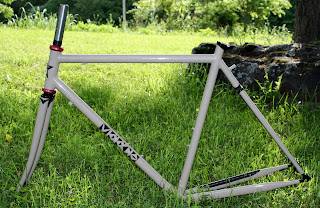 Just finished a little repaint on an older frame that's been sitting around the shop collecting dust. This frame was the old Don Quixote touring frame. Not many people were as enthused by the Quixote paint scheme as I was. I've got certain ties to Don Quixote that most others may not, but after looking at this frame sitting in my shop for the last year or two it finally got the best of me, plus I'm needing to make some room for new stuff. I would've kept el Don had it been my size but it was a couple sizes too small and I couldn't watch a good frame go to waste, especially one that has lugs this beautiful.

The color we're looking at here is called Quicksand according to sticker on the Toyota Takoma where I first noticed it. It may have been used on other vehicles before this, I know Kia also uses a similar color on their Soul. Anyway, when I saw it the other evening on the parking lot, with the sun going down, it immediately looked like chocolate milk to me. Quicksand or Chocolate Milk, it makes me no difference. If I had to choose one or the other, I'll always choose chocolate milk over quicksand. 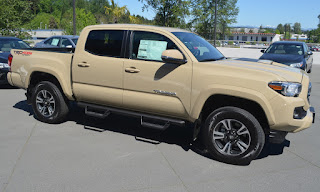 This is it, and while it looks different in this photo as compared to mine, be informed that it has a totally different look with light shining on it versus say a cloudy day or with the sun going down. Just take a look at those photos I posted earlier in the paint room and it appears almost cream colored with lights shining on it. This is not my truck by the way, however I like it a lot. 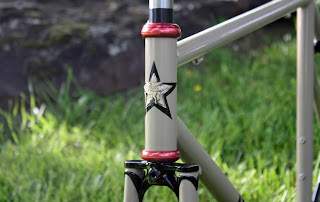 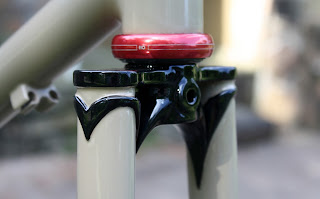 The crowns on this thing are a total nightmare to tape off but they're totally worth it when it's done. Don't think I wasn't dreading repainting this frame, but i'm callused now. 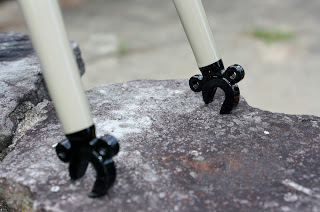 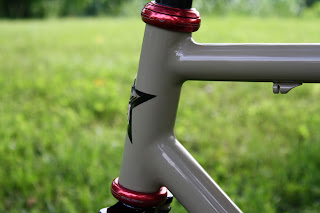 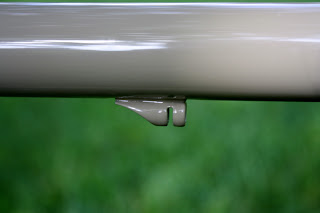 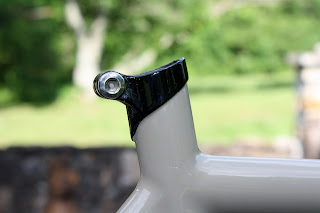 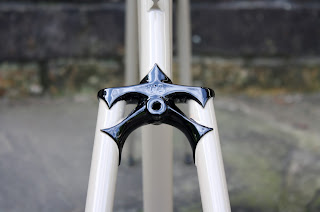 These are beautiful lugs. There is enough going on with the crowns alone that I tried to keep the paint scheme as simple as possible and just let them stand out on their own. Plus I needed a break from some of the more complicated paint schemes I've been working on lately. Don't think I'm getting soft though, just wait till I finish up this next one. I may be institutionalized by the time I finish it. 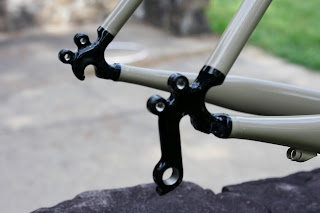 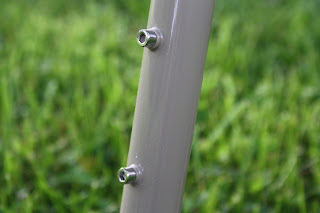 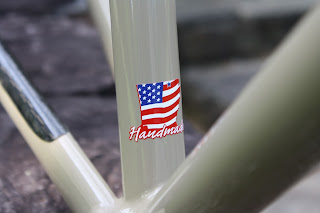 I realized the other day that these decals still have the little star located in Mountain Home. Jonesboro is a little further toward the NE corner of the Arkansas but I still have a few to use. 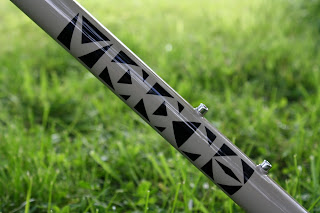 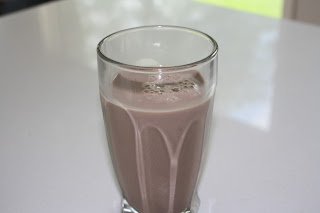 I made this by hand too. Thirsty now aren't you?