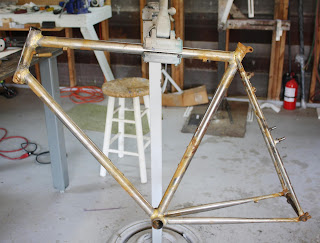 Finally got Phil's frame finished up last night, except for the painting anyway.  Here are a couple of quick pics.  I don't normally post these rusty pics of the frame after washing the flux off because they've never done much for me, however, it is part of the process when you build a steel frame so what the heck. 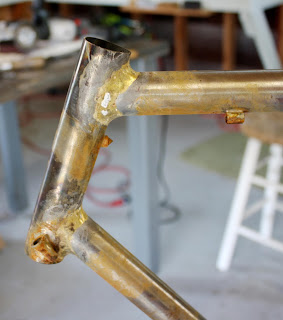 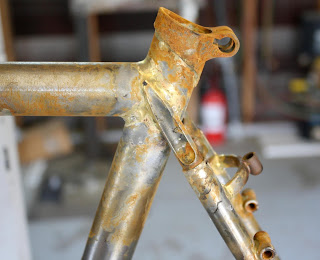 This seat lug shot looks pretty knarly. It's starting to gross me out so let's move forward to the "after clean-up" pics. 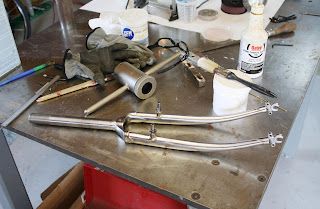 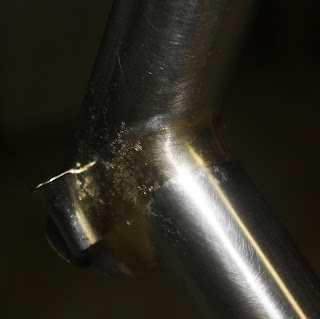 I took most of these pictures at night and the lighting in my shop is not up to par yet. 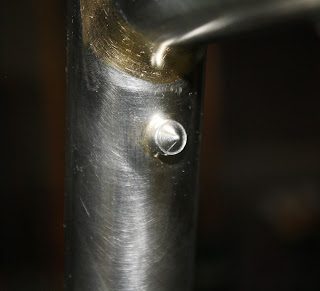 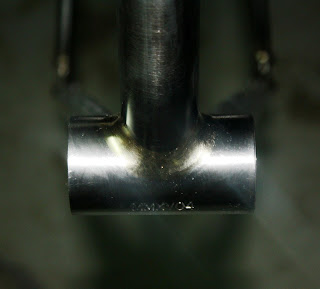 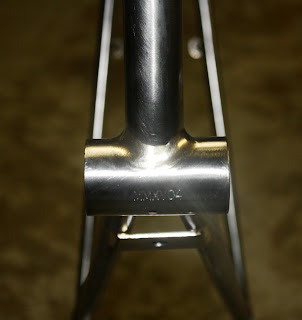 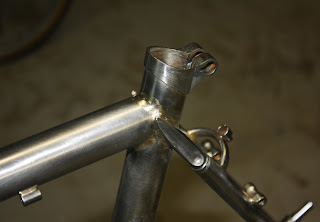 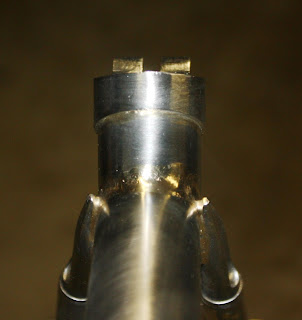 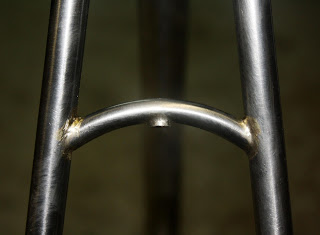 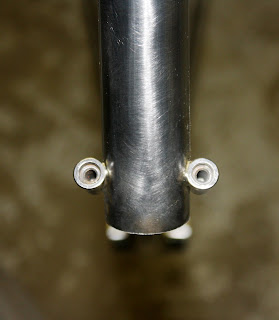 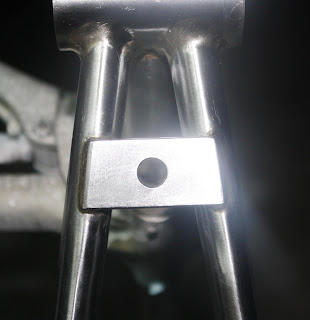 Phil is gonna throw a Pletscher kickstand on this bike hence the mounting plate under the chain stays. 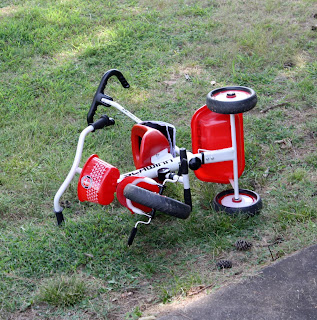 I knew you would.

This is the aftermath of Jack's first bicycle crash. It took him a whole year and 2 days before he finally tasted dirt but he got a good dose on this one, not to mention a blood blister on his lip.  I was beginning to wonder if he was my child but this is some pretty clear evidence right here. Worst part about it is that he's strapped into this thing and it's like crashing and your feet not coming unclipped.  It was actually kinda my fault.  Apparently there is a slight gradient on this porch and as I started walking to the garage he started rolling backwards.

He wasn't happy with me and there were some harsh words spoken and a few tears as well, but once I broke out the graham crackers he forgot all about it.  The way he eats is another testament to the fact that he is indeed mine.

Let's see if I can get this frame painted in the next few days and start another.  I almost feel like I'm on a roll.