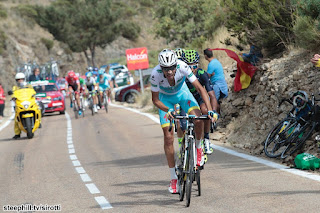 It looks like Fabio Aru is gonna win the Vuelta.  On the next to last stage and on the penultimate climb of the day he finally cracked Tom Dumoulin.  Only 6 seconds seperated them when they started but Aru put something like 3-4 minutes into Dumoulin and completely knocked him off the podium.  I was happy to see Aru when however felt bad for Dumoulin after he raced such a perfect tour.  It would have been nice if he could've at least stood on the podium. Oh well, that's racing. 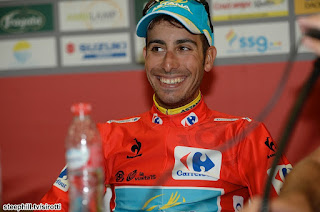 I'd be smiling bigger than this if I was him.  I used to smile that much just walking around Spain.  Aru could easily win the Tour in the next couple of years.  He's young, fights hard, and never gives up.  Also, he's a motocrosser.  You don't want to mess with those guys. They're crazy! 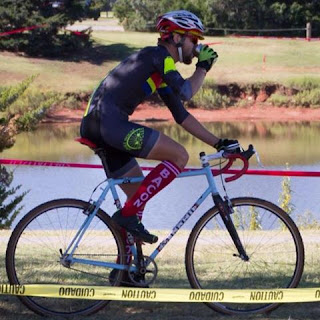 He's a photo of an old friend, Jess Parker. Not sure exactly where this was taken however Paul Isley was the one to capture the moment.  Great shot Paul!

The moment I saw this pic I immediately thought of the song by Queen, Lazing on a Sunday Afternoon. Enjoy the day.