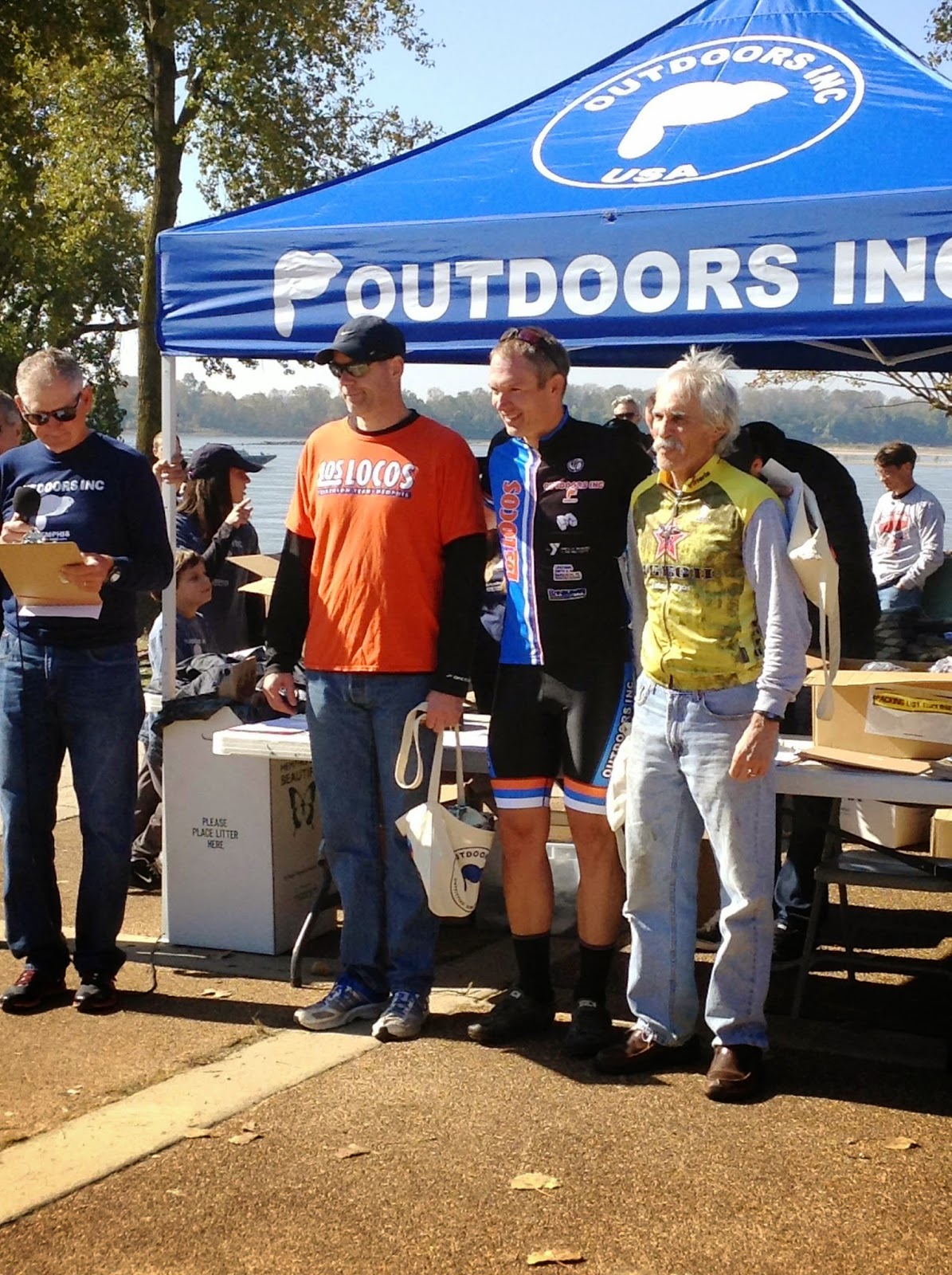 Got a couple of pics from the 28th Annual Memphis Cyclocross Championships that happens to be one of the oldest cyclocross races running.  Actually I think it may be the oldest,  Velonews did an article on it a couple of years ago.  Its hosted by Outdoors Inc. and its right on the banks of the Mississippi River so you better hold your line.  I hear there are some man-eating sized catfish in there.

Here is a shot of the podium for the Masters 45+ A race.  My good buddy and MEECH factory racer Larry Yancey took second place honors.  Congrats on the great ride Larry! If Yancey keeps it on two wheels he'll usually end up on the podium more times than not.  He's been known to crash on occasion.  Sometimes he crashes and still gets on the podium. On this day there was none of that, just a good solid race against some great cross racers.  Congrats to the winner and the rest of the racers there, sorry I don't know your names. I've done this race a few times myself and its always a good time. 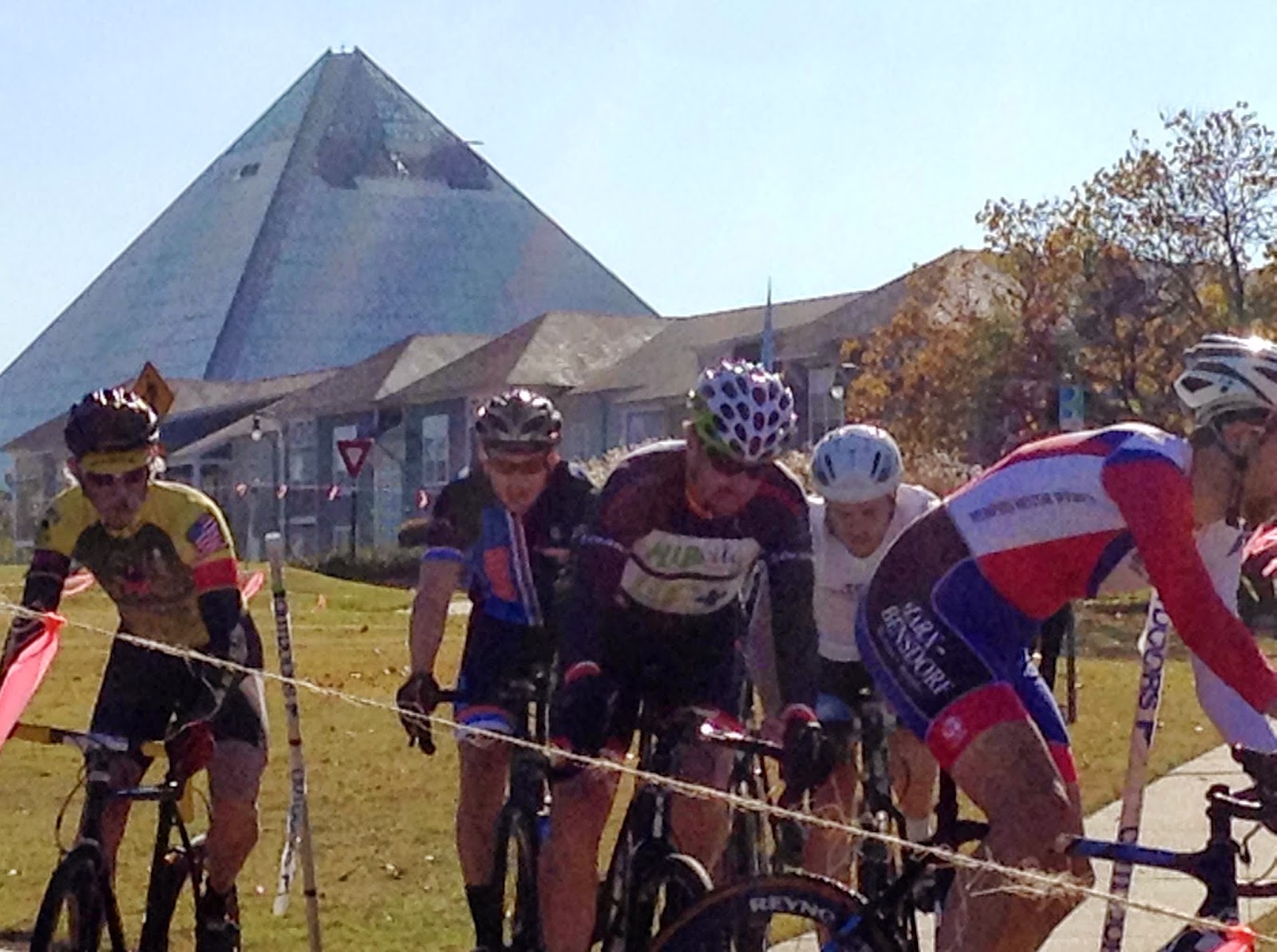 Here's an actual race pic.  Yancey likes the outside lines cause they're usually the fastest.  You'll never catch this guy following.  He's constantly trying to get around anything thats in front of him.  If you ever manage to get in front of him it can be pretty miserable, because if you know him at all you know he'll never let up until the checkered flag is out.  He's constantly pushing forward. Thats why I signed him on my team, so the pain in my legs would stop.

I'm working on getting some photos of the current build up.  Give me a couple of days and I should have something.  Thanks for stopping by!