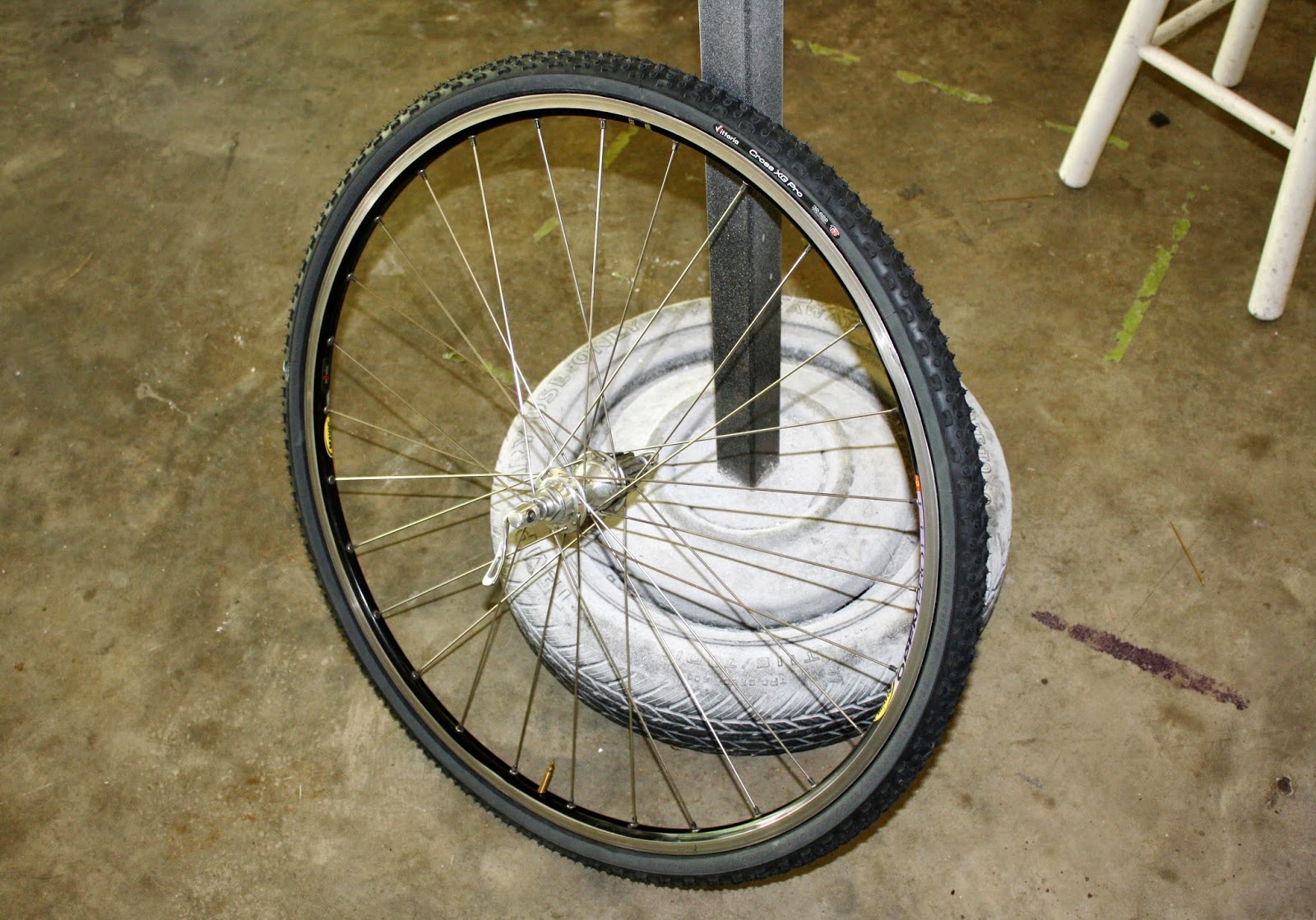 All right, I know this doesn't look like much of anything but for some reason when I saw this brand new cross tire mounted on a Mavic Pro rim with a Campy Record hub I just started feeling all excited inside.  I'm trying to finish up a pretty cool little frame and I needed this in order to check my spacing.  At first I mounted this onto an older Mavic Cosmic Carbone wheel and I've honestly never had as much trouble getting a tire on a rim as I did that one.  Now, imagine that after you finally get the tire on the wheel you try to pump it up but the tube has a hole in it because you butchered it trying to get the tire on.  Ok, now the tire that you couldn't get on the rim has to come off.  This was when the true fun started.  Now I would like to pause and say something to the idiot who invented bladed spokes.

Ever used a hammer to take a tire off a rim?  I hadn't until yesterday.  I thought I was gonna have to cut the tire off the rim, and had it not been a brand new tire I probably would have.  Instead, I decided to break tire levers, slice up my knuckles, and stain my shorts with blood.  I was definitely not feeling in charge of the way things were going, however this photo shows that in the end I did prevail. I managed to get a couple of tire levers under the tire and then I had to take a wooden block and gradually tap the tire lever around the rim. Yes, I scuffed up a nice carbon rim in the process. So after all this, I mounted the tire on this here wheel,  pumped up the tire, leaned it against the stand, and took a long look at it. I began to feel warm and fuzzy inside.  I imagined cold, rainy weather (which I hate), and me out there on the road putting in some serious miles on my special bike.  Of course its not my bike and I probably won't get out in the cold rain, but anyway its what I was imagining.  Should be done shortly so check back.  Thanks for stopping by.