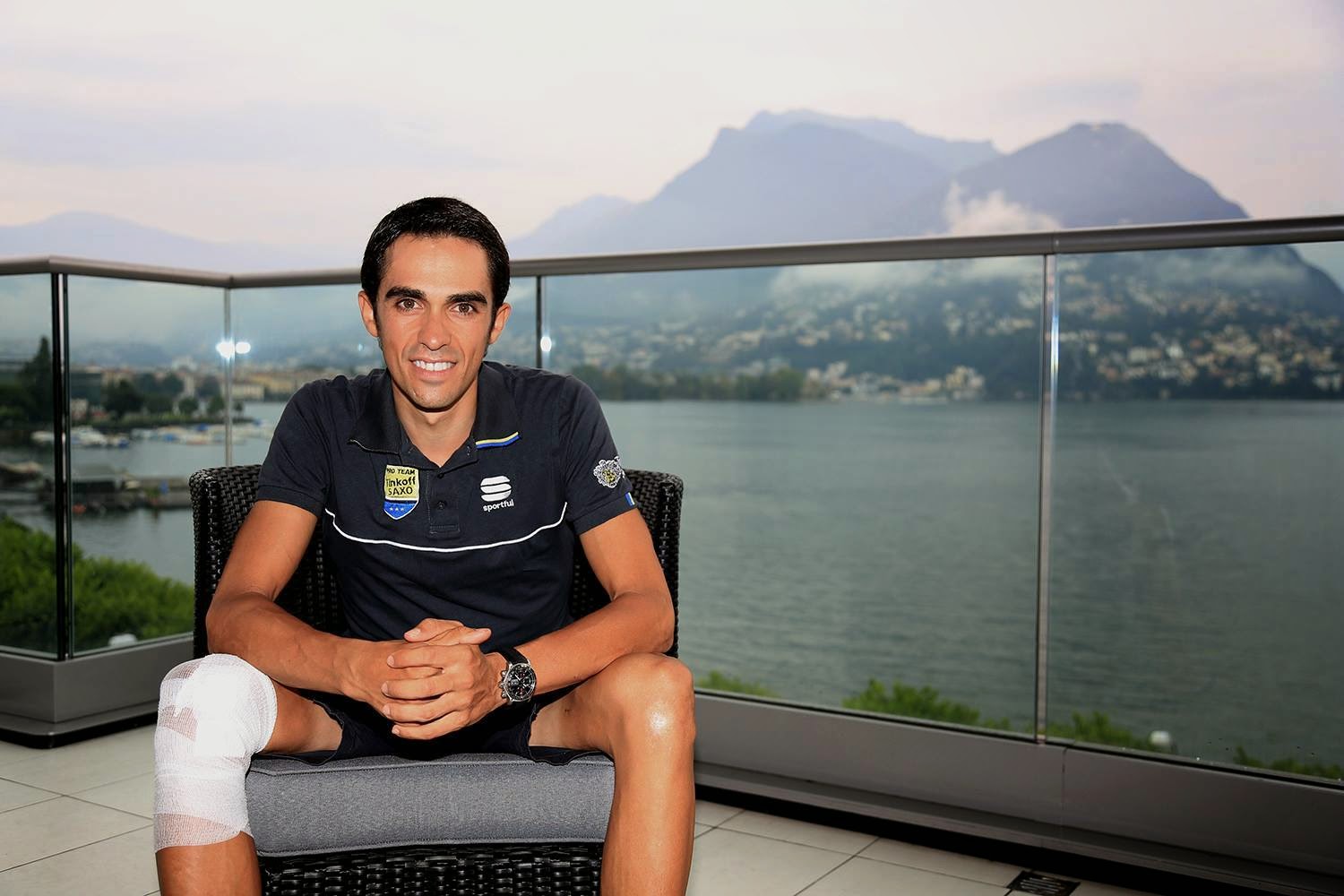 I stumbled onto this photo on Facebook this morning and at first I thought, "Hey, there's Jimmy from the 5th grade."  Jimmy was the guy that used to sit a couple of rows over and we'd shoot spitballs at one another through a pen that we had taken the insides out of. Then after a closer look I realized that it was actually Alberto Contador.  Turns out he changed his mind and is gonna race La Vuelta.  He doesn't sound like he's planning on lighting it up or anything, sounds like its more for training and maybe a stage victory, however, don't forget he won the Giro on just 9 days notice.

Even though I knew Al was a little guy I had no idea how small he actually is. There's nothing there.  Its hard to believe that someone so small could be so strong and so powerful, and there is no way you could pack any more fight and toughness into such a small frame.  He could make the third week really interesting.  Won't be long now.
Hasta luego.