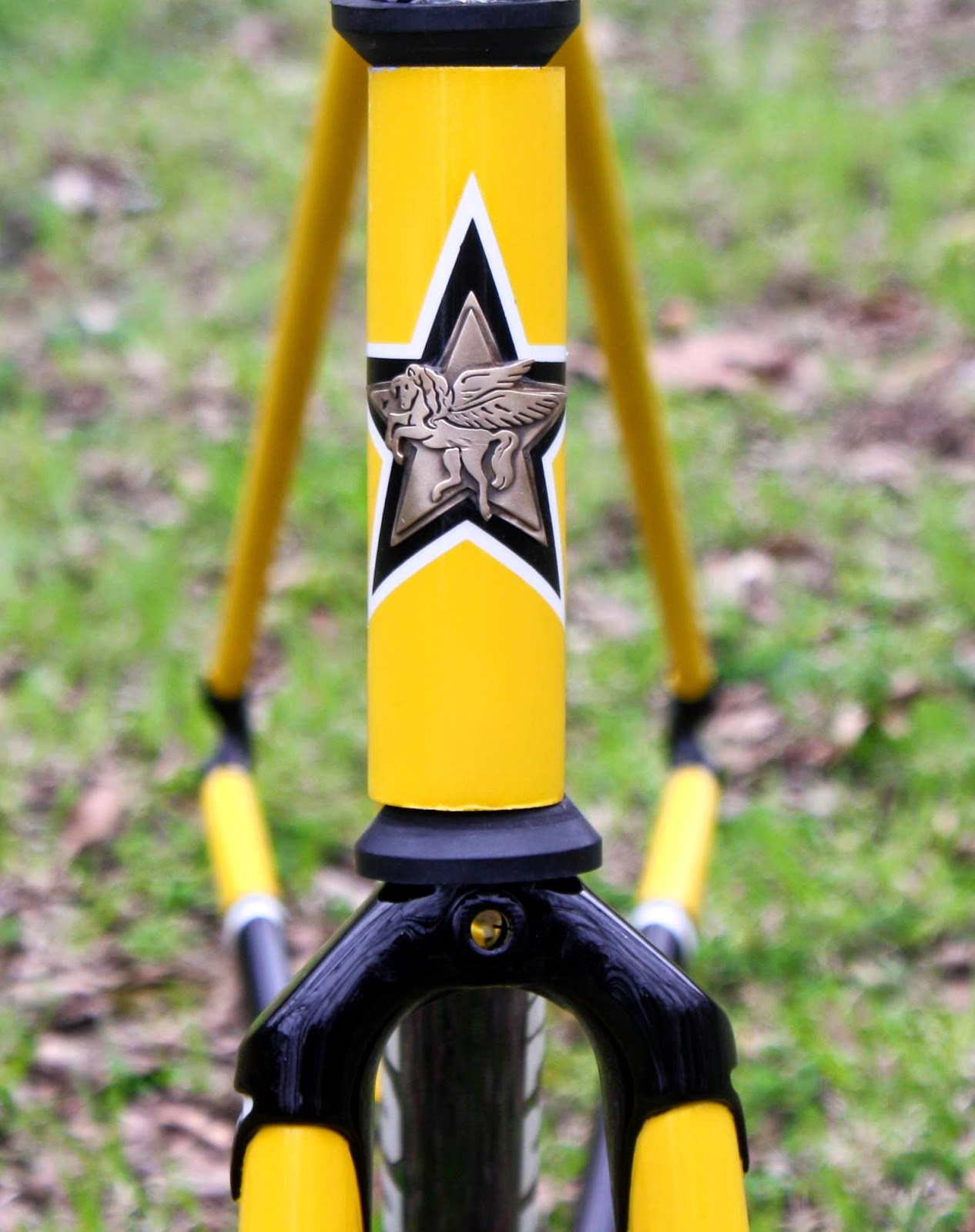 I finally got some work finished and photographed these last couple of days.  Talk about absentee landlords.  I'm sorry but I just haven't had time to post anything.  I had a couple of paint jobs that I've been trying to get done for quite a while and the weather finally broke a few days ago.  This is my good buddy Jam's, from London, Ontario, road frame.  After the temperatures started getting up around 60 or so outside I just started putting heaters in the shed to get it up to about 70-75 degrees.  I did some painting/priming in the garage but the stuff just goes everywhere.  My garage had about 3 different colors floating around. Tt one point, I wasn't sure if it was real or if I was hallucinating from breathing in so many fumes.  I truly love painting the frames but I'm afraid there is a price to be paid sooner or later.  I'm gonna try and invest in some better protective equipment.  Don't even think you're gonna get by with one of those little things that covers your face for mowing the yard.  The clearcoat will chew through one of those in about 5 minutes.  I've been buying these 3M respirators and they work pretty good, however when I was having to keep the doors closed, in order to keep the heat inside, it was killing me.  Oh well, I think we've finally made it through the cold stuff, you can see green in the background.  Woo Hooo! 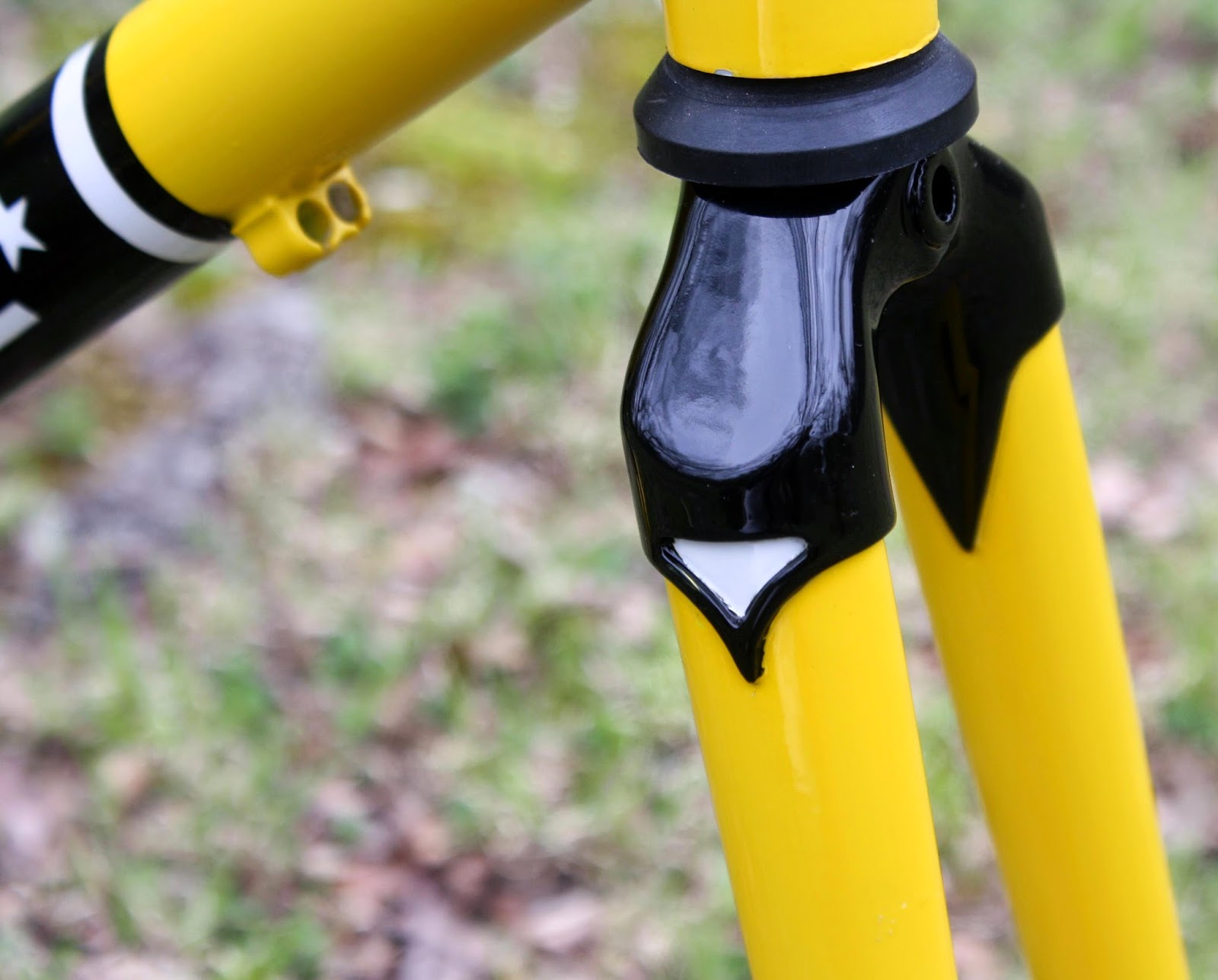 Jam told me a long time ago, after seeing one of my black and yellow frames, that when I built him a frame that was what he wanted.  These are Team MEECH colors right here.  Of course you can have your MEECH painted anyway you like, because of course its your's, but if I had to pick one look to go with this is the one I enjoy the most.  Black and yellow Suzooks and Yamahas were always a fave for me growing up. Follow me. Check out those front fork dropouts.  Louis Maximus "Soul Katt" Jackson, a.k.a. inspector #8675309, making sure everything is as it should be.  "Jenny, Jenny, who can I turn to?" How could a song that sucks so bad sound so good?
http://www.youtube.com/watch?v=6WTdTwcmxyo 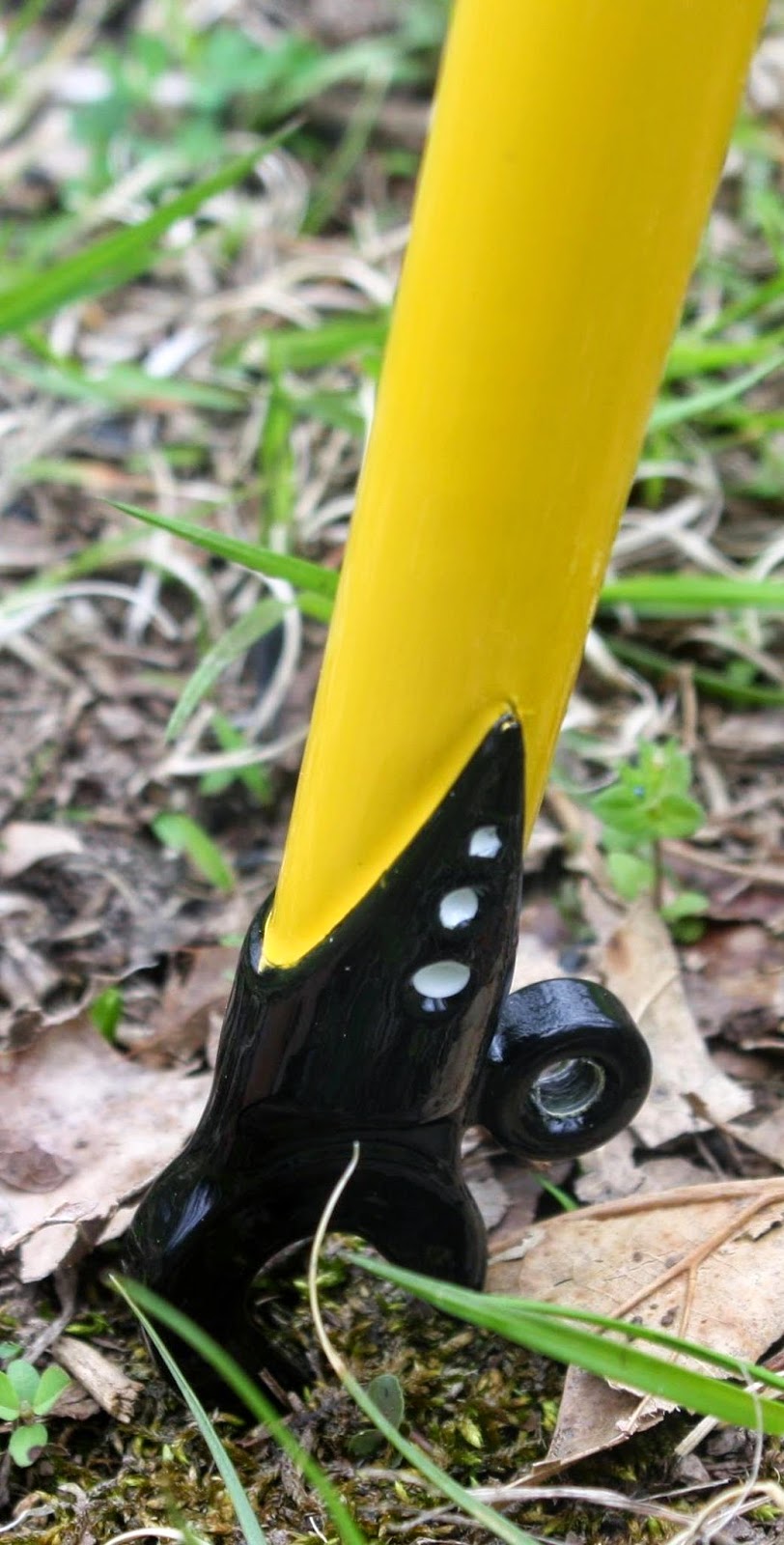 Those little holes are hard to get paint into.  I'm getting better at it.  Wonder if a syringe would work? 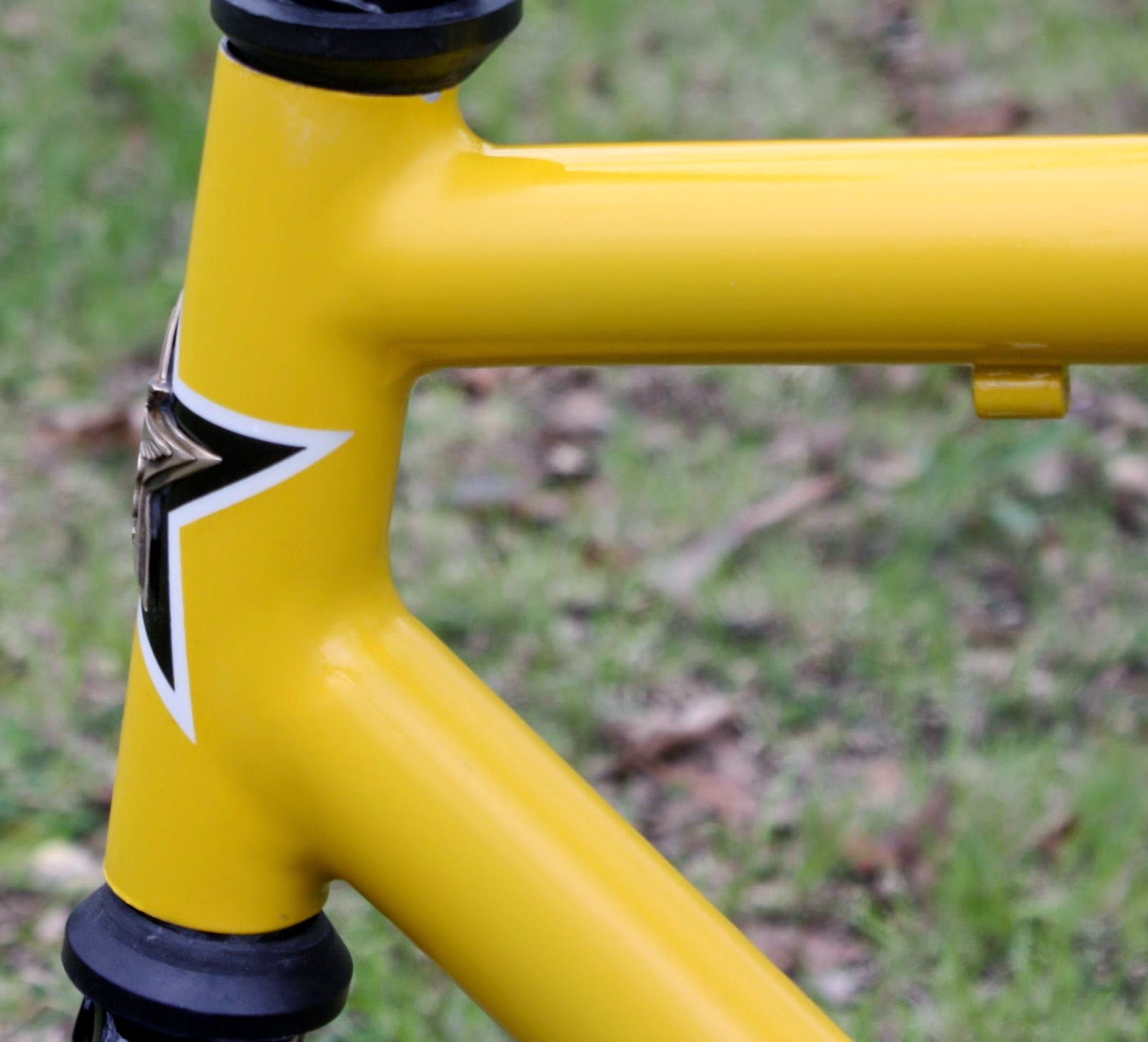 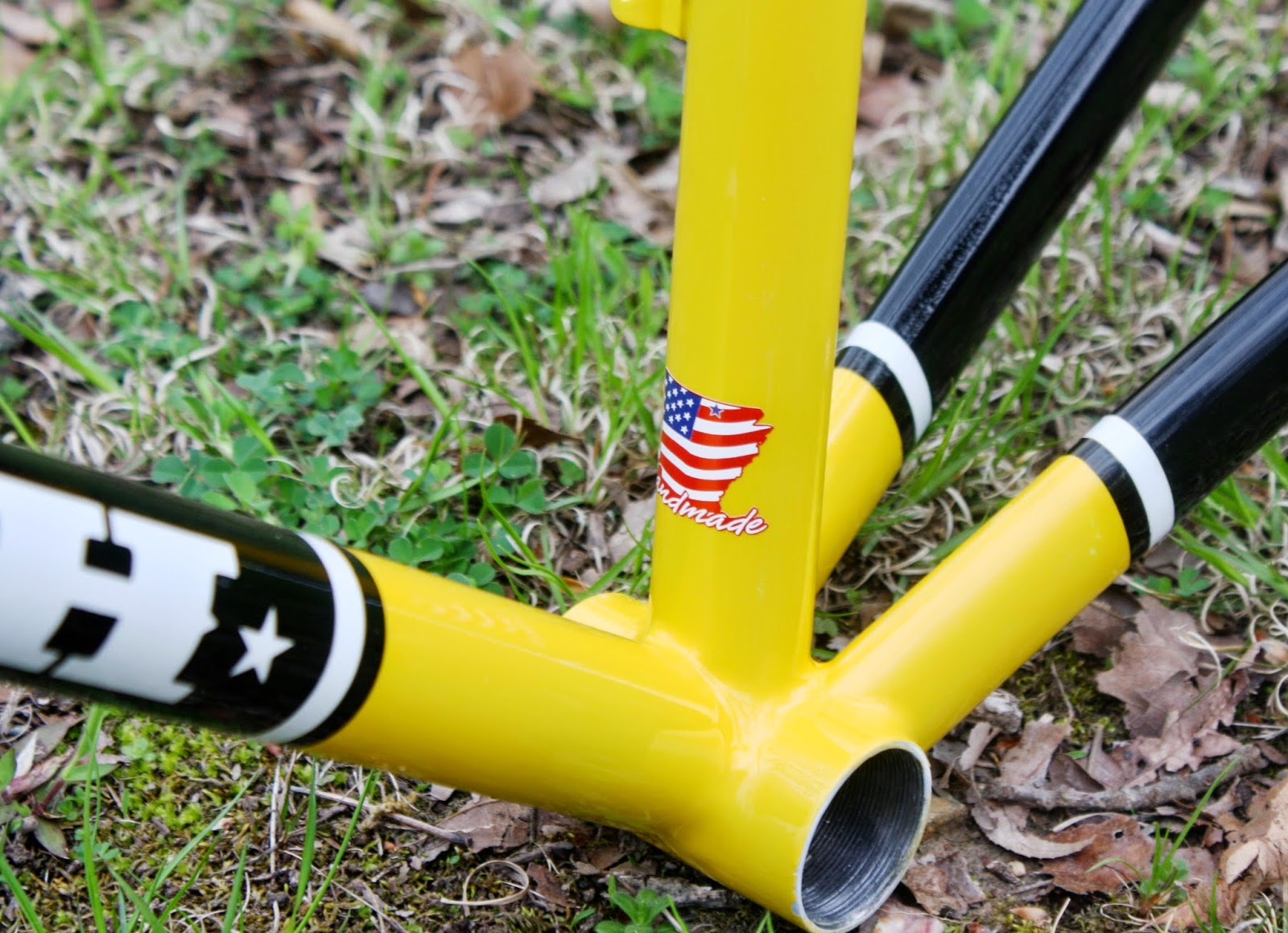 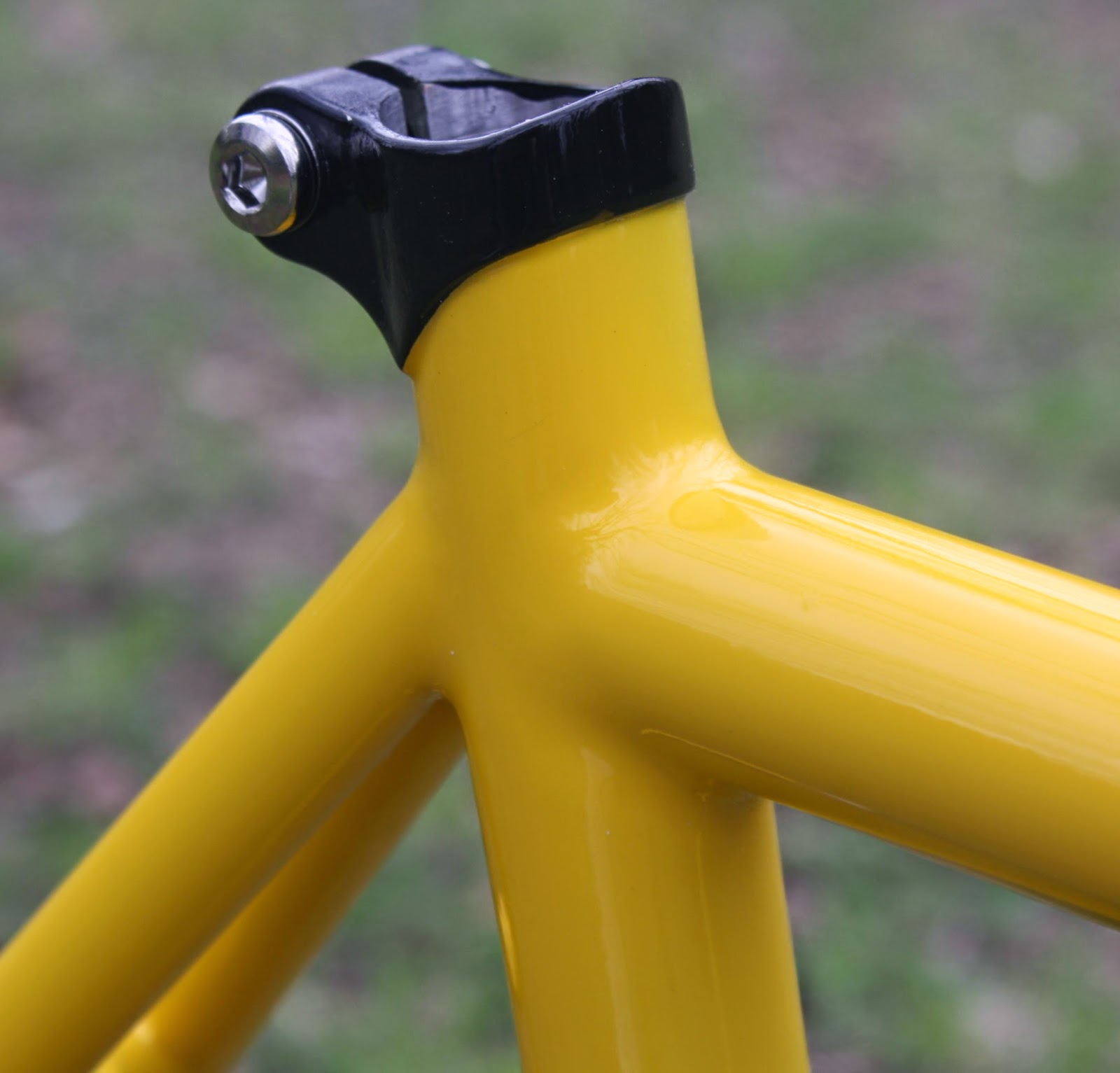 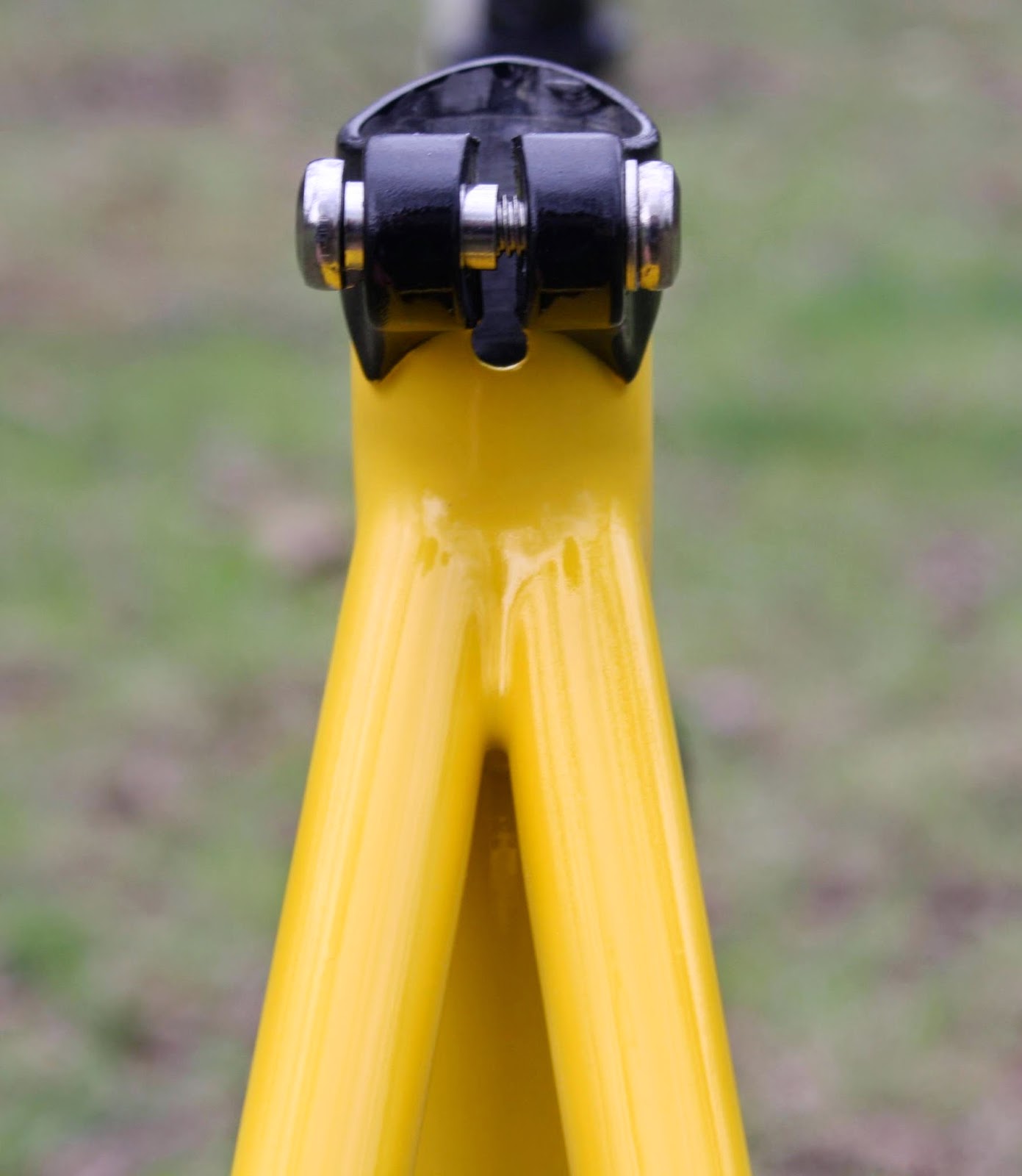 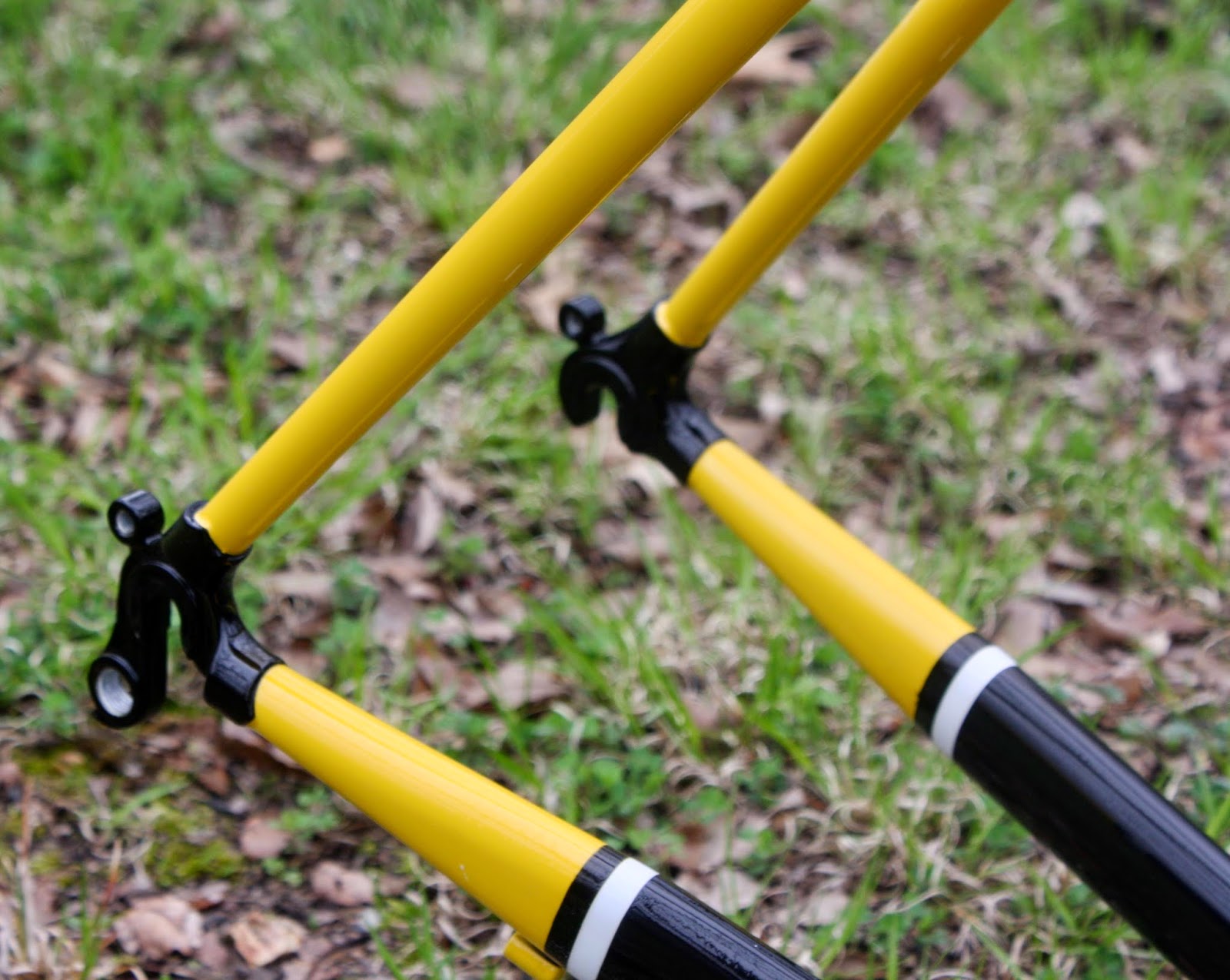 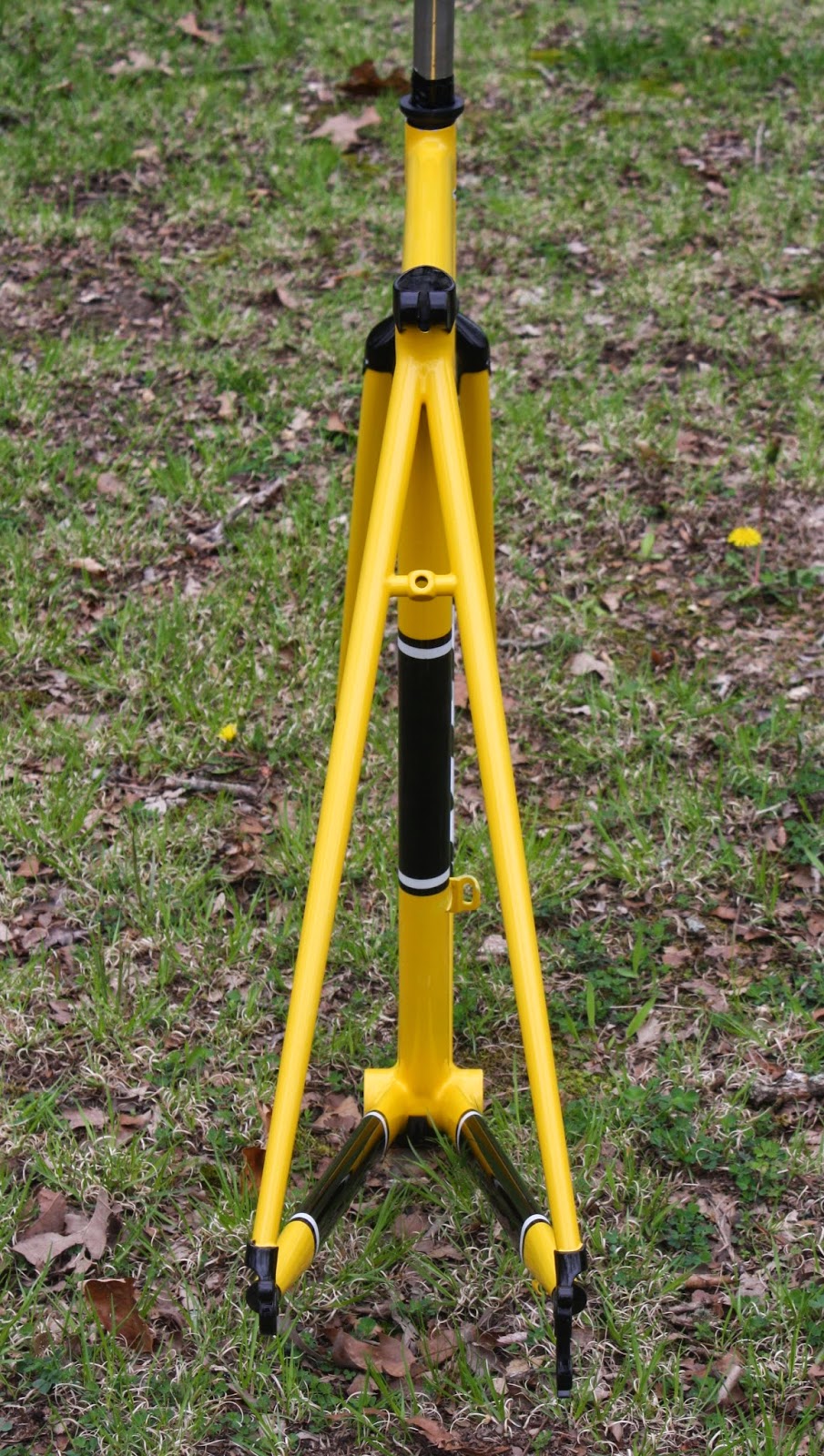 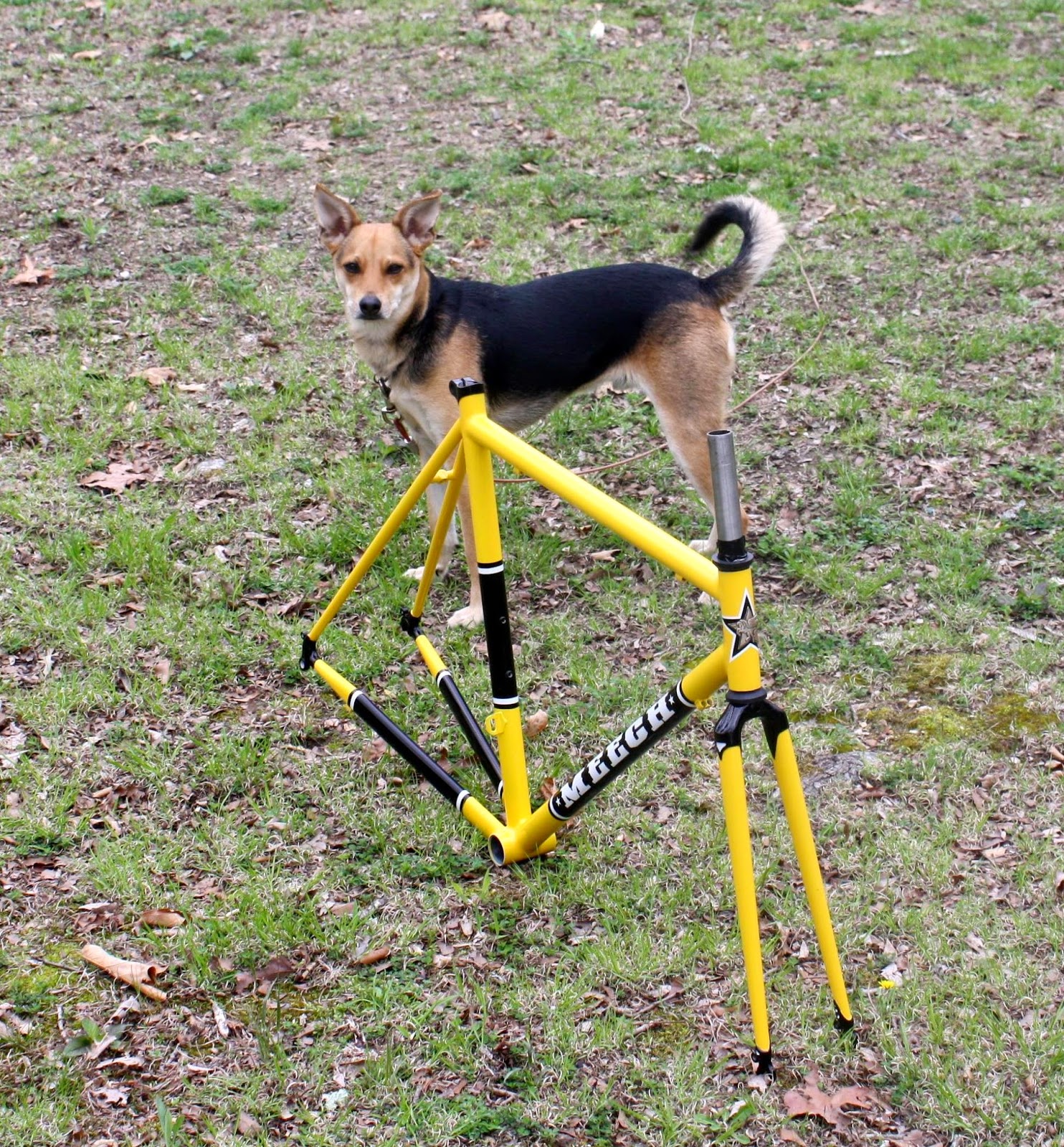 Even Supercross Dizzy wanted to get in on the action.  He's got his leash on so I can get work done without having to worry about chasing him down.  I've tried to let him stay outside with me while I'm working but he always bails off into the bush and I have to go chasing him down so now he's got a 60 foot cable tied to him.  I don't even tie the other end down to anything,  sixty feet of steel cable dragging the ground is enough to make him think he can't go anywhere.  Don't tell him. He hates the thing with a passion but its the best thing for him as he can be outside with me and I can get work done without worrying about him. This frame is just about his size, he has legs like me.  I call him "Supercross Dizzy" because of the way he jumps over all the furniture in the house.  When he jumps on the couch he usually does it from the back side.  Couple of times he overjumped and cased the coffee table. 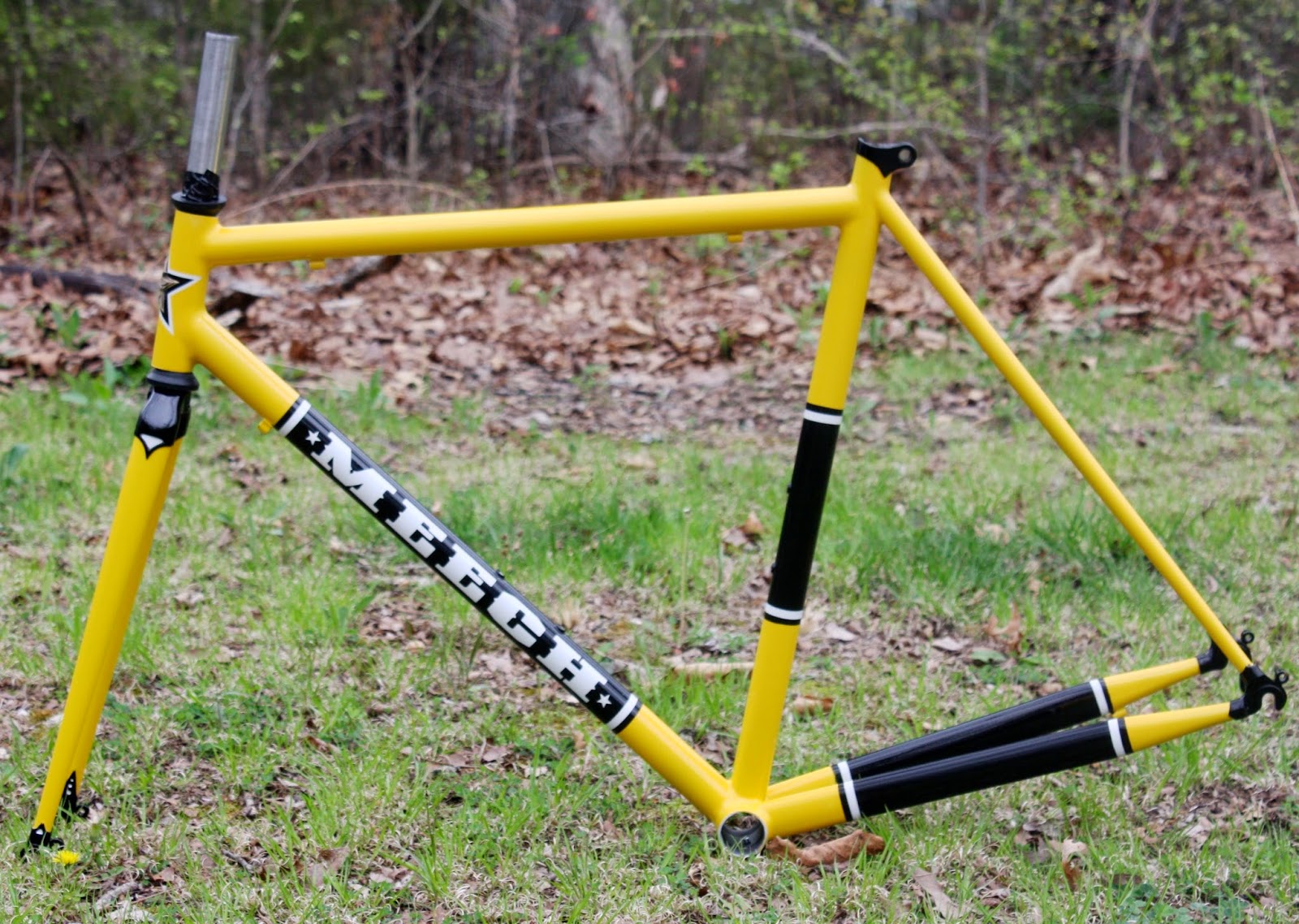 Here it is Jam.  The weather should be getting about right up north so I'll be shipping this thing out in a few days. 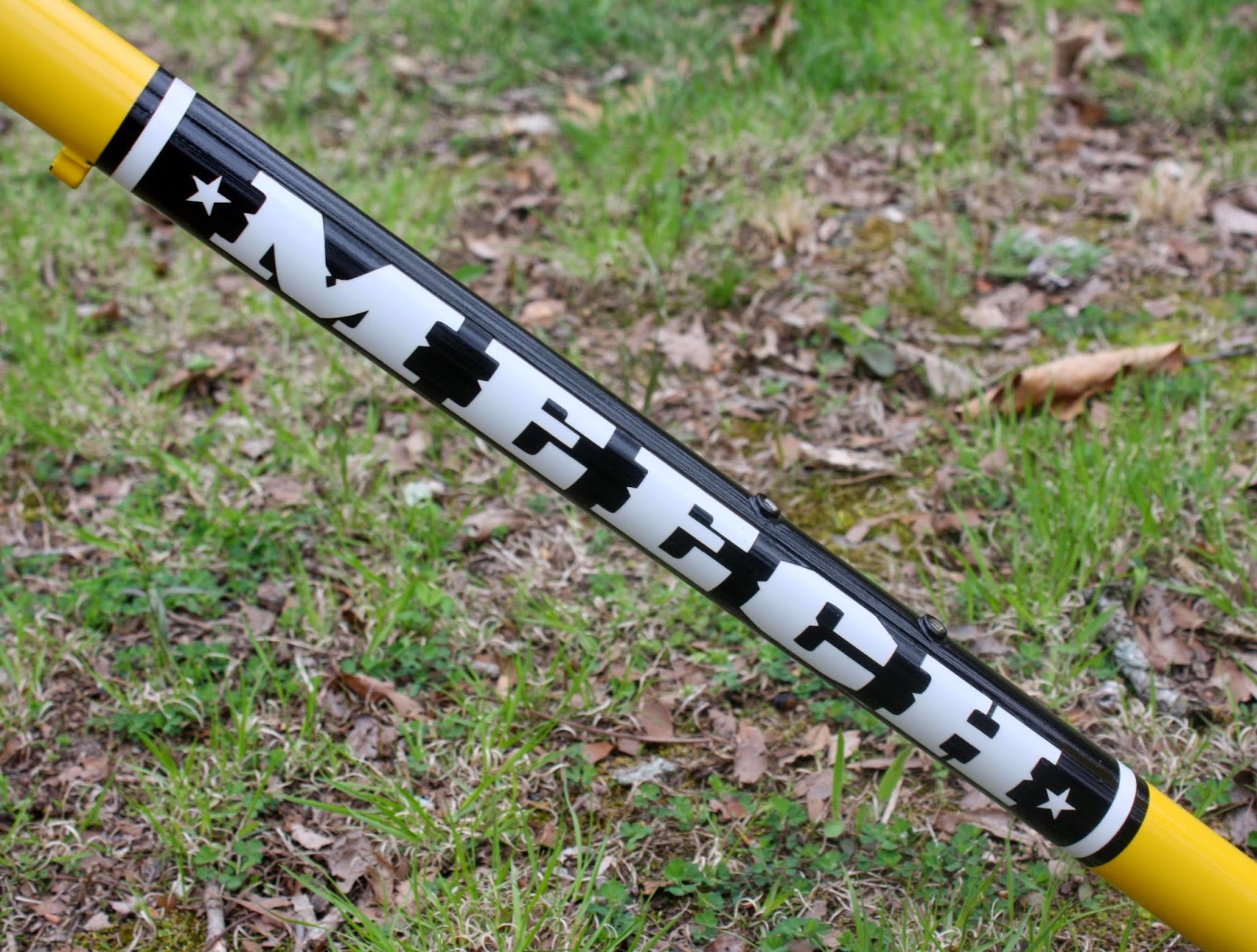 Check back in a couple of days as I have another really nice frame that I just finished up fixing to be shipped.  Thanks for stopping by.  Hasta Luego.