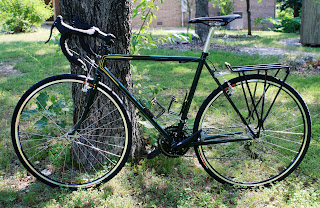 Just finished up Scott's touring bike so I thought I would post some photos of it while everything is still nice and clean.  Scott wanted something built that was rugged yet comfortable for those long hauls and I think we have it dialed in, of course every frame I build is supposed to be rugged and comfy so this one isn't any different from other MEECH frames except this bike is built exclusively for Scott.  I am not the most knowledgeable about touring cycling since my background was mainly racing however with a little (actually alot) of research and some phone calls to various friends and bike shops we were able to put together a recipe for success.  Paul and Wayne from Ace's Wild coated this ride in a British Racing Green off a BMW color chart and added a few yellow highlights for contrast.  Its a really dark green with metallic flakes so sometimes it looks black but when the sun hits it lights up.  Scott is into "Classy not Flashy" so we left the mega-MEECH logo off and went with something a little more subtle on the chain stays. As long as the custom Pegasus head badge from Revolution Cycle Jewelry is on the front you know its a MEECH.  Scott is a jeweler here in Mountain Home so Paul thought a couple of diamonds might be a nice touch on the top tube and the fork blades and I love it.  We built it up with a Shimano mix of everything from 105 to Dura-Ace bar-end shifters.  Its getting harder and harder to find good brake levers without the shifting built in but these Cane Creek levers fit the bill and look great as well.  I have never used Paul's Components before even though they have been a hot item for a long time so I used this bike as an opportunity to check 'em out.  Now I understand why so many custom builders use them.  They are beautiful works of art, easy to install and set up, and just about as good as it gets.  I'm gonna put some on my next cross bike when I build it up.  Who knows when that'll happen.  Just in order to get half the stuff done that I want to do before I die I'll need to live as long as Moses did, and I'll probably have to hire Jesus to help me.  How much does Jesus get an hour these days?  Believe it or not I have a frozen pizza in my fridge and if you look at it real hard for hours you can see Jesus in it.  He's on the side of a dirt road changing a flat tire on his bike and at the top it says, "Specialized tires suck!"  Ride Conti.  You'll probably see it listed on Ebay in a few days.  Have fun with it.  Thanks to everyone who lent a hand on this thing.  Chao.
MEECH Custom Bicycles
Handmade in
Mountain Home, Arkansas 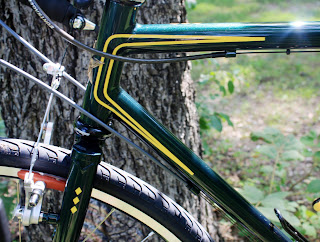 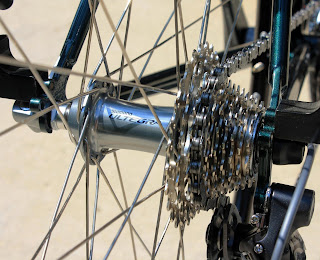 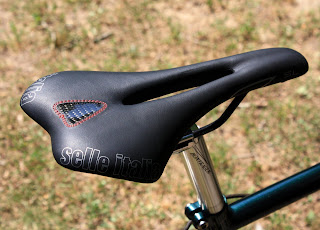 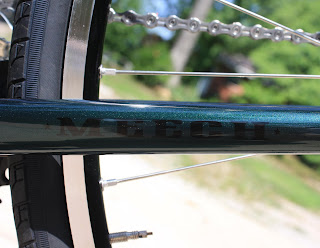 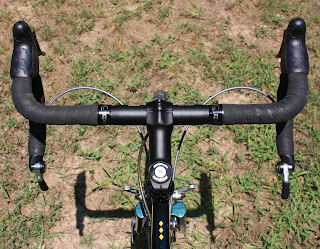 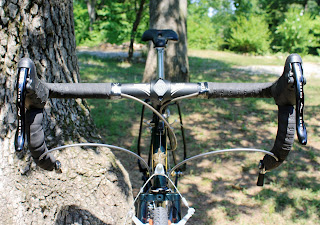 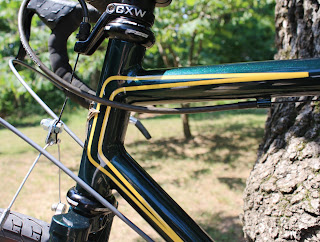 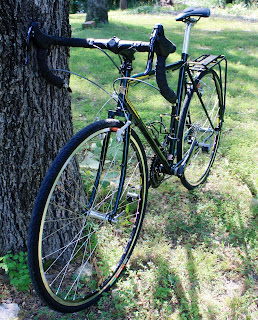 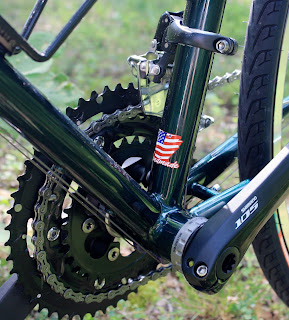