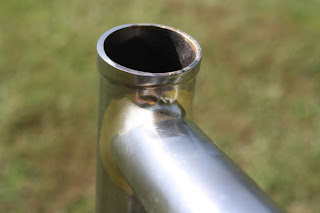 Few pics that been laying around on my camera forever. I should've put these up 3 weeks ago but.... oh well. The good news is I should have some painted pics here is just a couple of days. Been spending quite a bit of time substituting at a couple local schools here to make some extra cash. Way more time than I'd like to but they've been shorthanded a lot and i hate to turn them down. Hopefully I can get this frame painted by the end of this week. Gonna be some sweet colors. Anyway, not much to say about these, you've seen most of this stuff before but this frame is gonna make a sweet riding little bike. Can't wait to get it finished up. 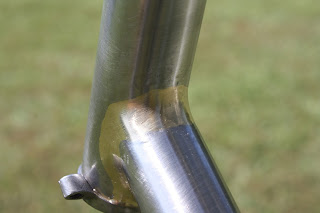 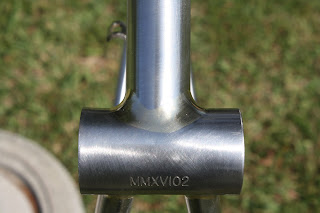 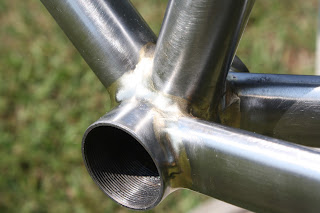 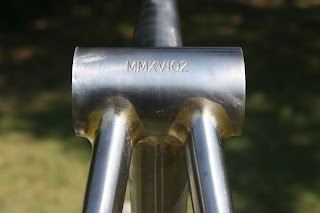 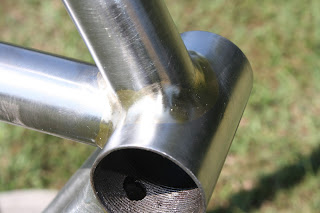 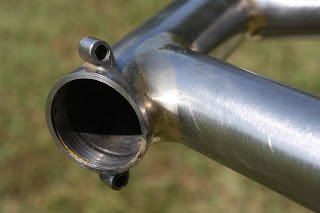 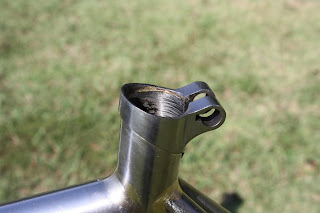 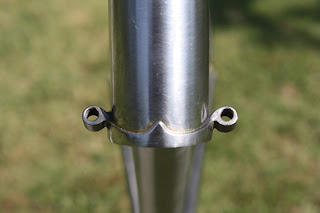 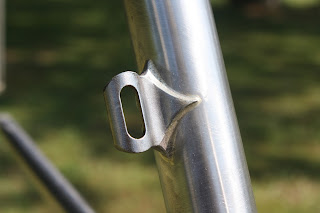 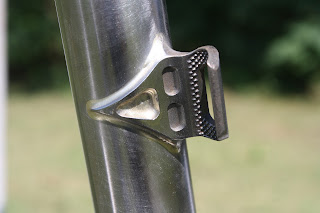 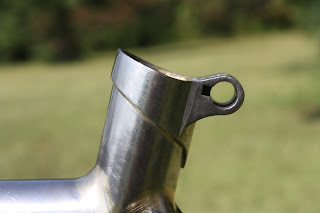 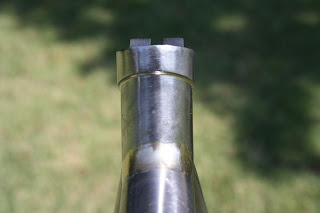 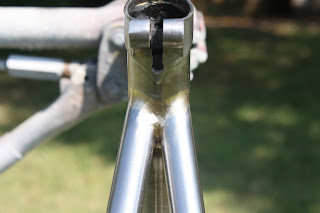 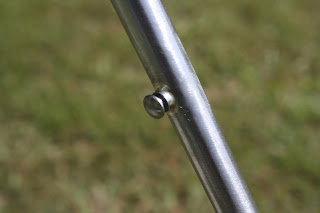 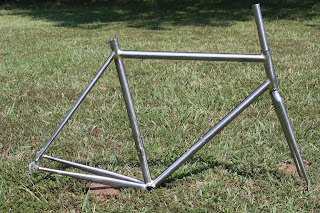 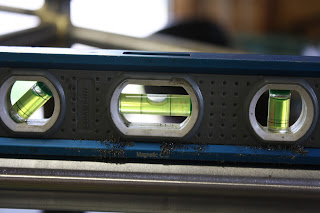 It's nice when you throw the frame on the alignment table and really don't have to touch it. The level doesn't mean it's perfect, I have a height gauge for that, but it let's you know you're pretty close. 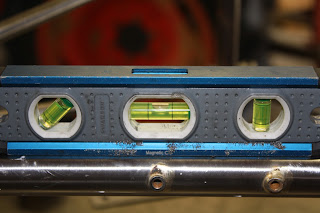 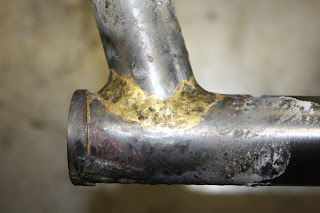 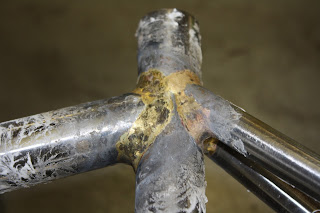 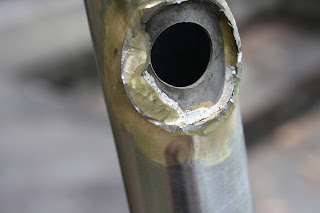 This becomes the result when you don't pay close enough attention to the dremel tool you're doing clean-up work with. I let it slip and it left a little scar in the top tube that I couldn't live with. Would it have affected the frame? Most likely not because it was in the thicker part of the butting however you don't want to take a chance on a fracture on down the road, so it comes out. As if there aren't enough delays. That internal fillet is a little bit overkill. Good lord. There's more brass on the inside than the outside. Gonna have to pull the reigns in a bit. 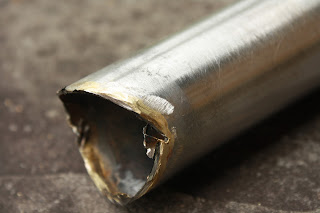 You can see the gouge in this pic, just right below the fillet. It can happen fast, about a split-second to do the damage and then it takes the better part of a day to fix it. As my dad used to say, "Walk it off."