Keep Pushin For the Fortune and Fame 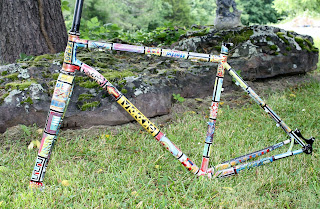 Finally finished up one of the more complicated paint schemes that I've ever done. Over the past few months I had a handful of ideas for painting bike frames that i just wanted to do before time got away from me. I really enjoy the painting aspect as much or more than the actual frame building. They're both equally difficult in their respected ways, as in they can both make you crazy quicker than you can say biciciclismo. Anyway, this piece is called, "Momma Gets Swanky When the Lights Go Dim" and it's the first piece in a collection of mine called, "No Sleep, Just Dreaming".

So anyway, a few months ago I'm laying on the couch watching Lords of Dogtown on Netflix and while I love everything about the movie and the documentaries that surround it I was fixated on this shirt that Heath Ledger was wearing in the movie from the moment I laid eyes on it. I immediately thought I had to use that on a bike frame. And while there were times I didn't think it would ever get done, it never left my mind and I persevered until one day it just came true. You're looking at and it's sitting in the middle of my shop owning the space that it takes up. I worked off and on with this thing for give or take 3 weeks. The main thing that you can't see with this frame is that there was so much more involved than just painting it. I think I'm gonna just bite my tongue here and keep the secret to myself.

The movie probably didn't win any major awards and it's more suited for a younger audience but it's cool because it shows how skateboarding and sidewalk surfing became an overnight sensation and this handful of teenagers from Venice, California were the ones who fueled it all. When I was a kid between '75-'80 these guys were in all the magazines I was reading. It was a lifestyle that me and thousands of other kids dreamed about. While watching it I was just overloaded with memories of my childhood and I'm probably gonna go get a skateboard and bust me arse just one more time for old time sake.

This is the shirt that caught my eye and inspired this paint scheme. 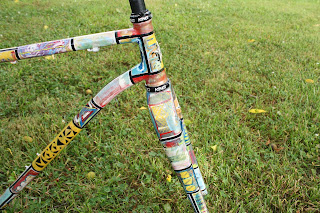 There are roughly 40 individual panels on the frame and then another 10 on the fork. I really didn't realize what I was in for until I had painted about 3 of them that it began to soak in what I had gotten myself into. I had a plan in the beginning but it got thrown out the window almost immediately.  I'm not even gonna tell you that I probably painted each panel a minimum of 3 times. Painting on a rounded surface presents another challenge.This paint scheme was some serious work but it was also fun, once it was completed anyway. 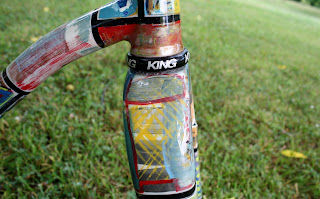 This is one of my favorite panels. 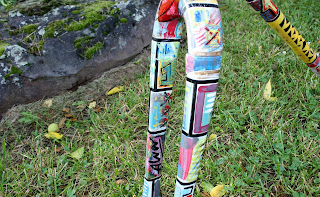 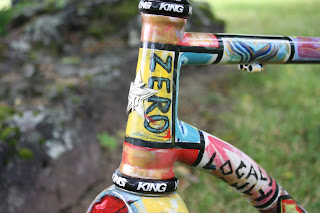 There were many days throughout this whole painting process that I felt like an absolute Zero. 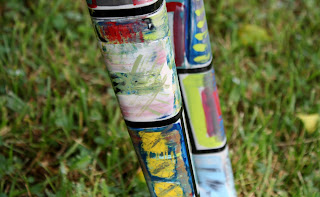 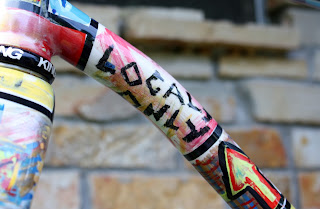 Saving this shirt for another day. 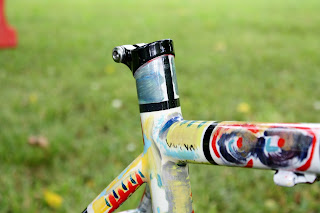 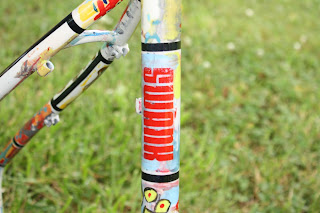 My buddy Vince Pearcy cut me out a few special stencils that I needed that helped set the tone for this whole thing. I think they help define it. Thanks Vince! 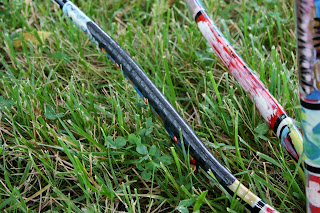 Sadly enough, the carbon fiber chain stay protector is probably the most boring part of this frame build but I still love it anyway. 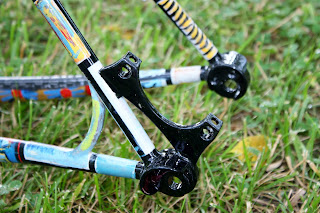 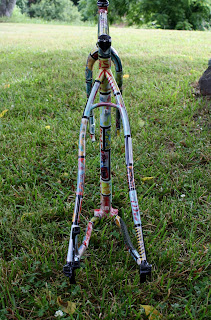 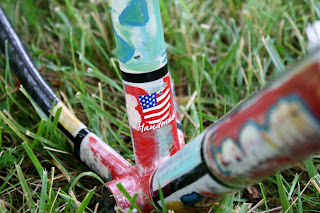 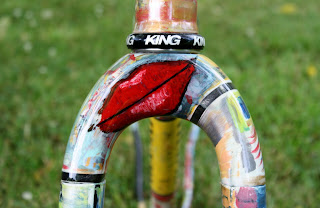 Who do these belong to? I'm not telling but their face is on the frame. 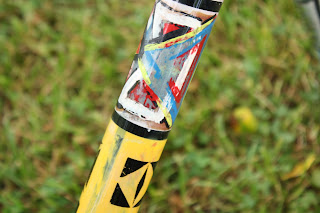 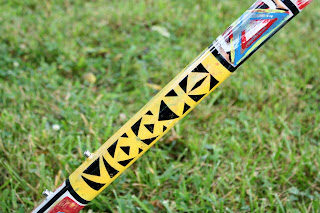