It's Only a Phase 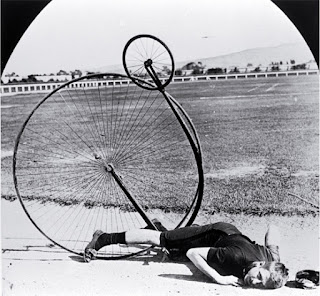 I finally rounded up enough courage to come over here.  I've visited this blog maybe twice since the last post in Thanksgiving. I thought that probably nobody ever came here any more so I wasn't feeling too bad, but then the other day I checked to see and apparently people still come here from time to time.  They were probably lost but I appreciate them stopping by. I hope they found their way home.

I just got done shaving my legs in the shower and for a brief moment I felt like a cyclist.  I also figured that you all are probably getting a little tired of playing that Arlo Guthrie song over and over so I thought maybe I should change the song for you.  It feels like I've been trying to change the song for the last 12 months now.  It's been one step forward and two steps back ever since moving back here to Jonesboro.  We've thought more than once that we screwed up.  I can't say for sure that we didn't but i think we've finally made peace with our screw-up.  Honestly I don't think it was a screw-up, it's just taken longer than expected for my wife to make peace with her job and for me to make peace with staying at home and looking after Jack.  We finally got him into a day school a few weeks back and that frees up a little time to go out in the shop.  I haven't quit framebuilding.  I just finished brazing up a 29er the other day.  It took forever but it's complete.  No paint or primer yet because the weather is a bit chilly for that but those days are coming and I can't wait.  Anybody that knows me knows that I don't function well in the winter time.  It seems to be getting worse every year.  This year has been really mild however I've struggled more than ever.  I've been sick for over a month now.  I've had two colds that weren't that bad but they just never went away, then a slight case of prostatitis that I seem to have gotten over pretty well, and then two nights ago I got hit with the worse case of vertigo that I've had.  It doesn't happen often but on occasion I get hit with some dizziness that just puts me down on my side for a while.  It's all I can do to walk to the bathroom.  The other night as I was sleeping I raised up real fast to move the cat off the bed and my eyes starting spinning like a slot machine.  Never been hit that hard.  It's taken a couple of days but I'm feeling better now.  If you've ever been hit with it you know how paralyzing it can be.  I think mine is inner-ear crystals moving around and believe it or not there are exercises you can do that work miracles.

Anyway, so I shaved my legs and the shower cleared my head and I almost went out to get on my bike for a few minutes.  Nothing big but just a pass around the local streets here just to get some fresh air.  As soon as I went out to unlock the shop a rainy-sleet started falling and I happily turned around and went back inside and that's when I decided that I would write and say hey. Just wanted to touch base with anyone who is out there listening or possibly wondering where I have been and say that I haven't given up on the bicycle or frame building.  According to a couple of my friends it's only a phase and I imagine they're right.  Yesterday after the vertigo eased up I felt pretty good.  The cold has pretty much subsided and things seem possible again.  It's probably gonna take a while but I'm gonna try to get back to this blog more.  I think back how much I used to enjoy playing around on here posting photos and joking around and so I'm hoping to resurrect things this spring.  I just started on a new carbon frame the other day so maybe before too long I will have some photos to share.  In the mean time, I hope all is well with everyone and that you've been putting in some good winter miles.  We've got some good weather headed our way starting tomorrow so maybe I can get out for a little spin. 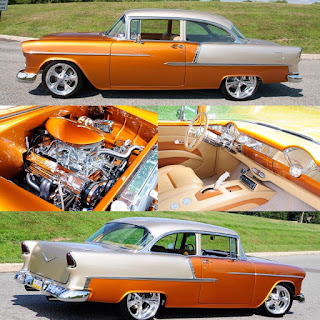 Check out these colors.  Wouldn't look bad on a bike frame huh?
Thanks for stopping by!