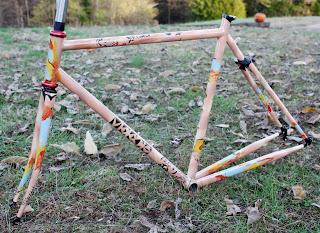 Here are a few pics of a touring frame that I finally got finished.  I was afraid that the temperatures needed to paint had left the area however my shop seems to heat up fairly well when the sun is out even when the temps are a little low.  Guess the shingles on the roof soak up the sun pretty well.  I stuck a little space heater out there and during the highs of the day got it up to a solid 70.  I really hadn't planned on painting but I just had a day to work and went for it on all fronts.

I've talked about winging-it on some paint jobs and this was the first one. I truly had no idea how I was gonna paint this frame.  I had colors, schemes, and ideas going through my mind on a daily basis, mainly at night before I went to bed, and on occasion I would even wake up in the middle of the night thinking about it.  I recently had a new logo designed by a buddy, Vince Pearcy of Vince Pearcy Signs, and I was itching to use it. We worked together on it for a few days and he finally dialed it in to a level of "purely stoked". Thanks Vince!

"So D. How did you finally decide on how you would paint the frame?"

It's funny you asked. The night before I painted it I was lying in bed with colors going through my head and eventually just fell asleep.  I had a dream that night that I was riding a horse through the desert by myself. There was nothing spectacular about the dream, just me on a horse walking through the desert.  As I was drinking my coffee that morning I was recollecting the dream and wondering what brought it on.  At first I thought about Clint Eastwood movies, but I hadn't watched any for quite some time so I didn't really feel any connection.  Then, straight out of nowhere, Don Quixote entered my mind. I'm honestly not sure that I've even read the entire book.  I've read bits and pieces and seen various artists do painting of him but I really didn't remember much at all about the story. I thought a Don Quixote theme on a touring frame was a great idea however I thought that maybe I should read the book first.  Then I thought, "Nah, I want to paint it today.  Maybe I'll just go get the  Cliffs Notes. Nah, screw that as well."  So I just sipped my coffee, scanned a couple of pics and pieces of the novel, and in true MEECH fashion just flew by the seat of my pants like El Don himself.

I had more fun painting this frame than any other frame that I've worked on.  I had every can of paint that I owned opened and on the table and was mixing, matching, unmatching, and basically just doing anything that crossed my mind.  It was almost like being on auto-pilot. I knew painting a horse on a bicycle tube would not be easy, as painting tubes is one of the more difficult things you can paint, but I didn't let it stop me, I just followed through with the plan of not having a plan.

Laying down the base was super-fun and easy as well.  It was all just an even flow and I seemed to be building momentum with each passing moment.  Actually, after having the base colors laid down, I stepped back from it and thought, "That's beautiful just as it is. It had sort of a tiger-stripped pattern out of gradually progressing colors.  For a moment I though, "Just paint the logo on it, clearcoat it, and be done."  But would Don Quixote wuss out?  No way. So I started trying to paint some main characters and realized that I had embarked on something a little more difficult that I imagined. I painted everything that I had planned all the way up to el Don himself.  I then stepped back and looked at it and felt as though I may have to bail on the entire idea, scuff it, and repaint it.  I hit a point where I thought I wasn't gonna be able to pull off the main character and his horse. Without him the paint already laid down was nothing. But then I realized if it didn't meet my expectations I could redo it anyway and at any point.  And so I painted on.  I managed to paint Rocinante, Don Quixote's horse, on the top tube but then I had no idea of how I was gonna paint el Don on the horse without destroying it.  The whole frame was almost finished but the main man was nowhere on the frame.

Couldn't wait to shoot the photos so the frame is badge-less at the moment, but that'll change shortly. 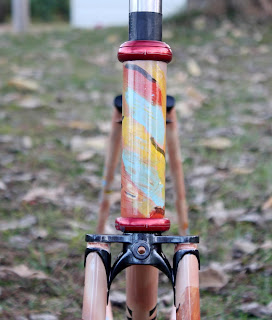 Hard to tape off fork crown.  Bought this crown and the wishbone crown in the rear from Strawberry Cycles. 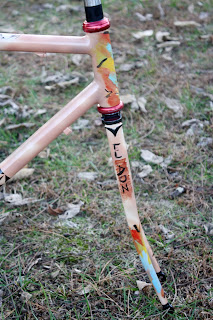 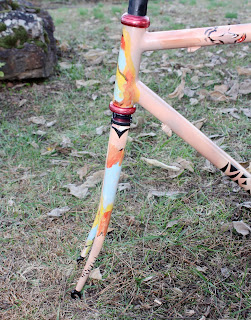 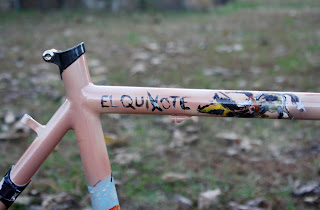 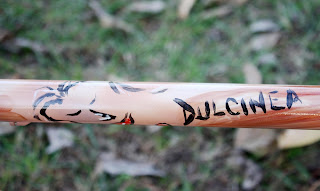 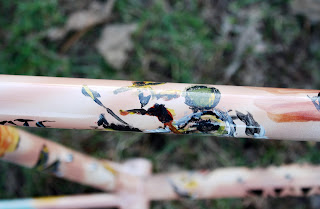 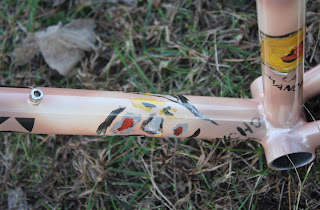 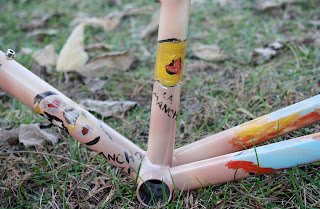 La Mancha, Espana is where the story takes place.  Not too far from the region of Spain that I was in. 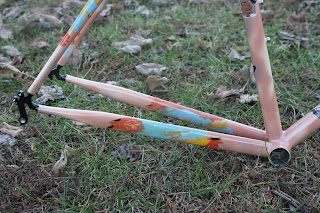 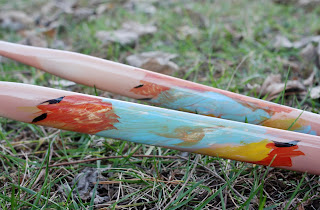 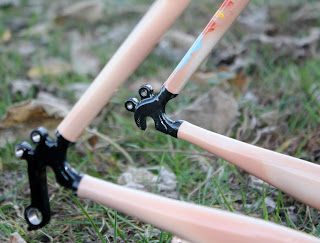 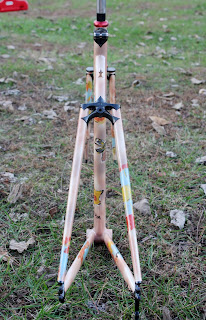 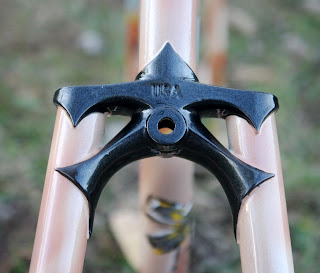 Extremely hard to tape off. Really didn't want to paint it but I knew I had to. 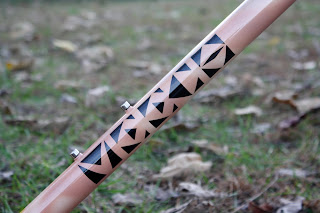 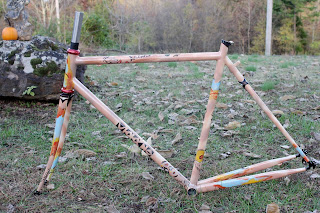 Can't wait to paint another.