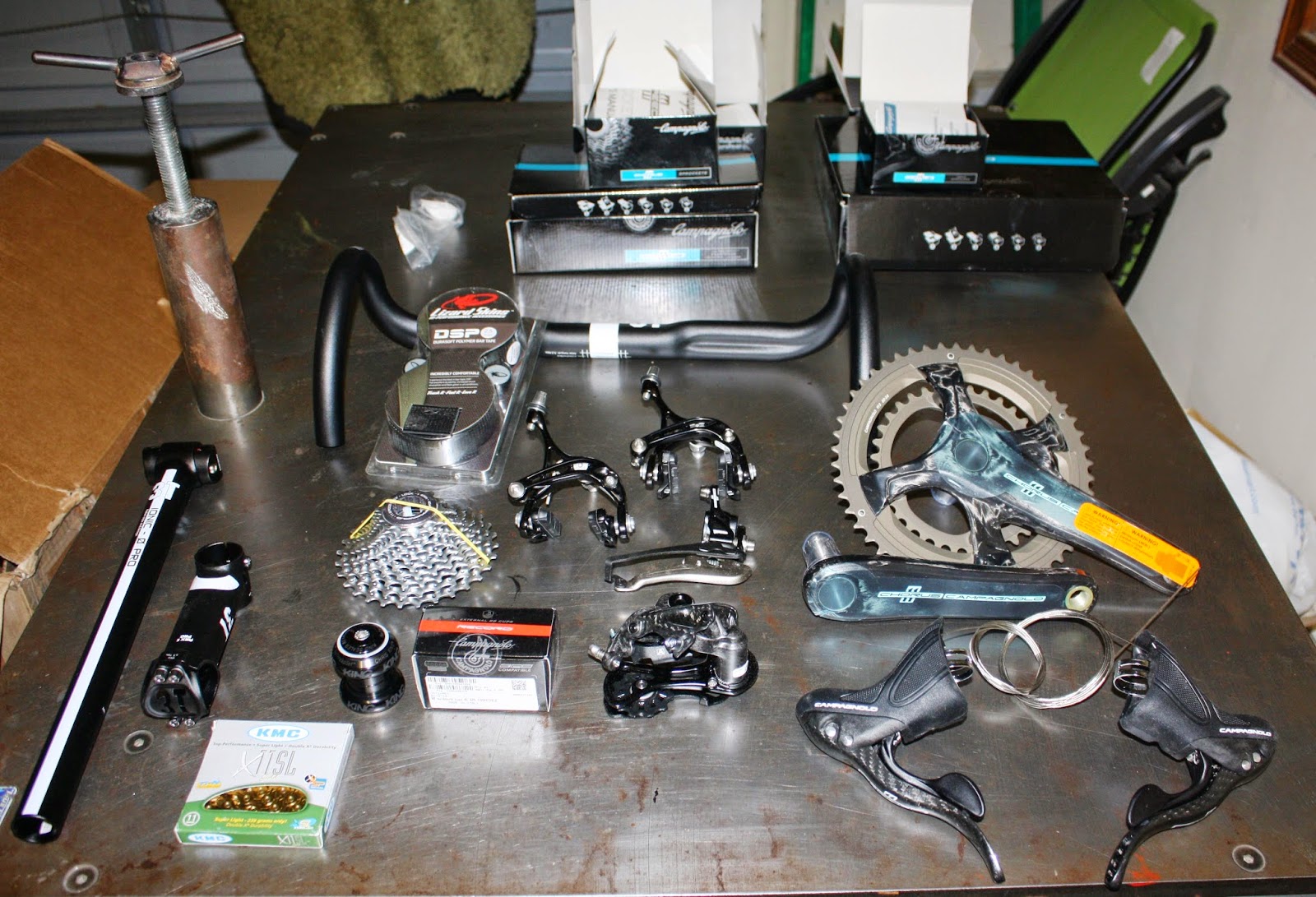 Just thought I would share a pic or two of this new Campy Chorus build kit that Scoot's gonna be rollin on his new frameset.  I get really excited when a new Campagnolo grouppo arrives at the shop, even if its not for me.  I love Campy for two main reasons.  One, it just looks so freakin cool.  All the carbon fiber laid out with such a fine italian style, I just love the way it looks on a bike.  Secondly, I've honestly never had a problem with any of it.  I've never had a broken shift lever, problematic derailleur, or anything.  I've had some Campy shifter levers for 10 years that were flawless.  I've also mentioned my Campy Pro-Fit pedals that I've been rolling on for over 13 years.  Totally flawless.  Its just been solid componentry for me for the 15 years that I've been using it.  I spent the majority of my road racing days on Shimano Dura-Ace and I never had any problems with that either, however, back then I was getting new components every couple of years. So long as you're out riding it doesn't matter what you roll, but if you want to get lots of looks, roll with Campy. 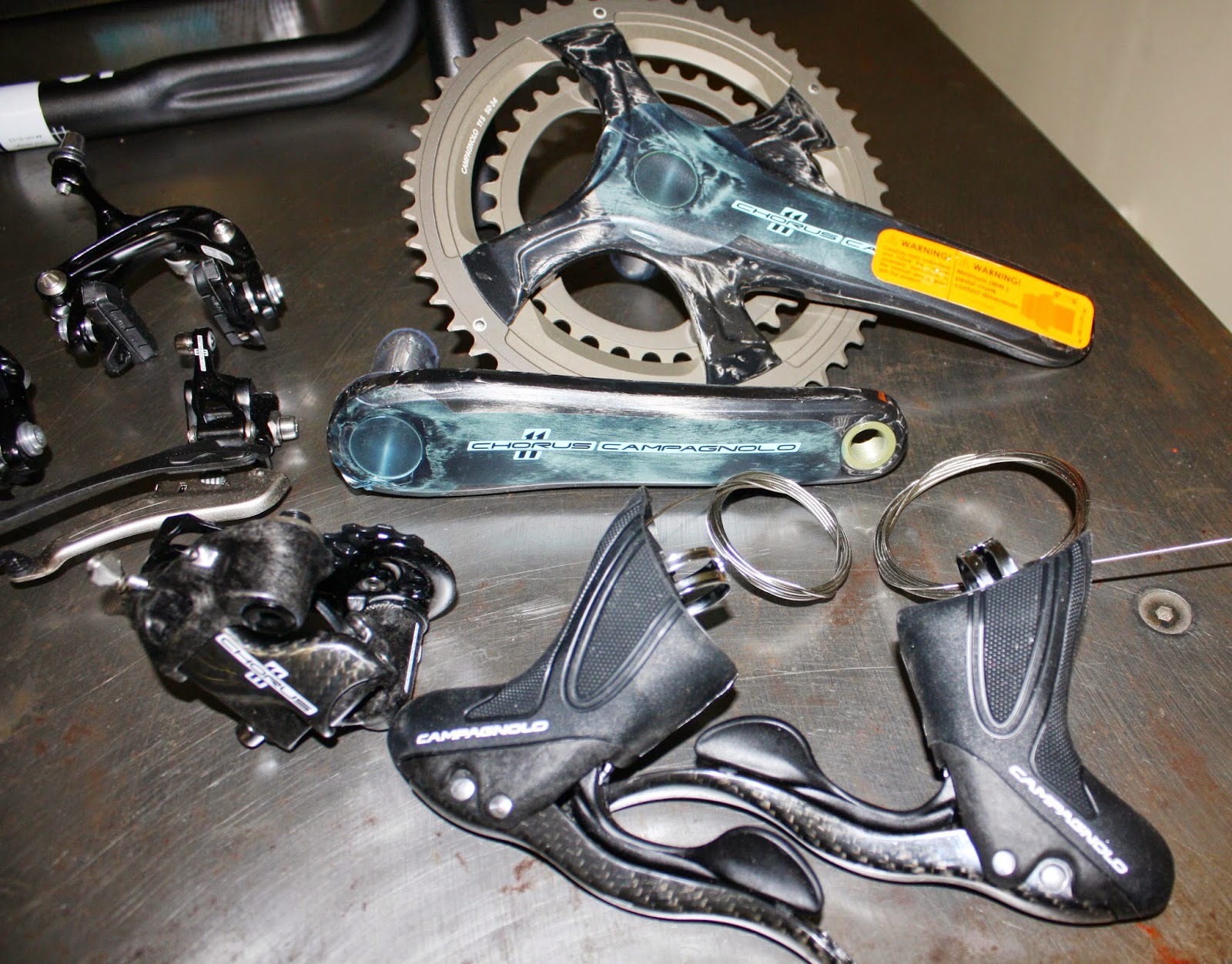 WARNING!  Massive amounts of carbon on the road ahead.

Ok. I might've gotten a little carried away with that one, but this spring I am gonna install a carbon fiber piston in my lawn mower. 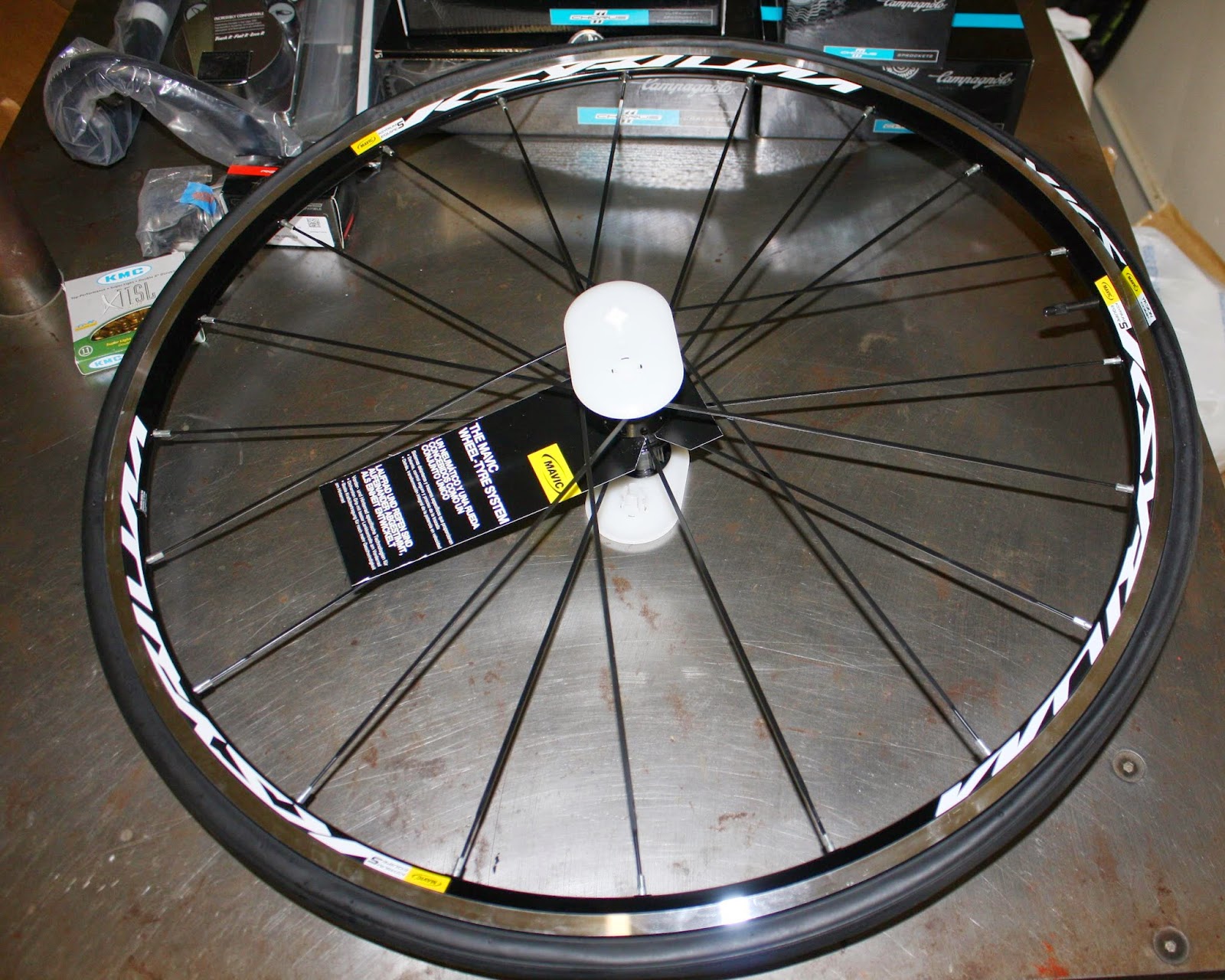 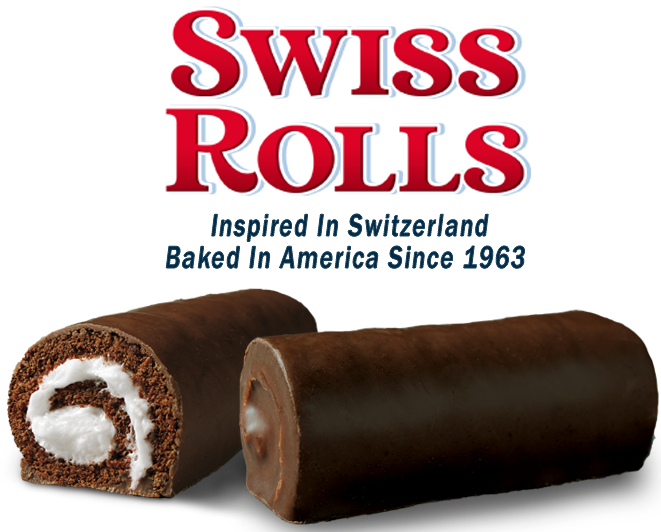 I've recently embarked on a new journey.  About 3 weeks ago I gave up one of my favorite bad habits.  The Little Debbie Swiss Roll was my favorite junk food of all-time.  I'm really bad about eating junk food and have been most of my life.  I've just always had a sweet tooth. A few of the years that I raced I actually had a pretty decent diet and I didn't crave all this stuff, but once the racing days ended there was no reason not to endulge in all those things I felt I was missing out on.  Little Debbies, Milky Ways, Reeses Peanut Butter Cups, Winston, I didn't hold back. I managed to stop smoking about 5-6 years ago but the junk food habit got worse.  I wasn't just buying a box and eating a couple after dinner every night either. I was buying a box, opening it in the car, and eating them before I was ever out of the parking lot.  I would eat half the box on the drive home, which was only 3 miles, and then eat the remaining ones within a couple of hours.  I was doing this every other day.  Whenever I stopped to get gas I would always get a package of Reeses or Twix, not the little two pack but the bigger 4-pack.  I would enhale them before the light turned green.  I used to be able to get away with this type of living, however the other day I think I hit rock bottom. 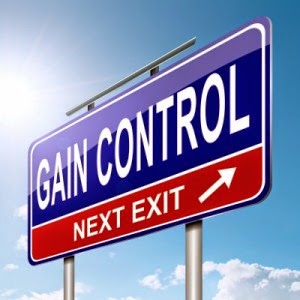 I haven't been riding much at all.  In fact, I'm probably in the worst shape that I've been in since I had a motorcycle accident 14 yrs. ago and didn't stand up for 3 months. After healing from that I managed to get some legs back under me even though I was smoking a pack of cigarettes a day.  So anyway, I've been on my bike about 3 times in the last 3 weeks.  With the bad weather, short days, and looking after Jack, I just haven't been able to get on it. You can't tell it by looking at me though cause I'm only a couple of pounds over my old race weight. I almost made peace with not riding after about 2 weeks, which was strange, but I was craving a ride bad. I'm really craving a group ride as riding by myself is another problem all together. When Anne went back to work in November I bought a cheap trainer.  I thought that while Jack was sleeping I would get on it for 30 minutes or so every day just to keep my legs loose.  I should've known better.  I hate trainers and always have.  Its not riding to me and I actually prefer not riding to getting on a trainer.  Since buying it 4 months ago I've gotten on it twice.  The second time on it I got a flat.

Don't know, but I did.  It was on the front too.  That was a first. So the other day I got on my bike and started riding. Within about 15 minutes I was feeling terrible.  I was dizzy and light-headed and barely made it through my hour-long loop around town.  I felt as though I was at the end of a 100 mile ride when in fact it was more like 17 miles. I knew I had to start eating better.  I didn't think my diet was that bad, I just thought I was eating alot of junk food along with my normal food.  So now I'm trading in my cakes and candy for things like fruit cups and granola bars.  I'm trying to get back to eating the types of snacks I did when I raced. I'm also trying to eat a few more vegetables as well.  I've never cared much for fruit because you have to peel it or cut it up.  I do like bananas though because I can open a banana about as fast as a package of Little Debbies.  Not really.  I'm pretty fast at opening Little Debbies.  I can easily do it while driving.  I just take both hands off the wheel for a few seconds.

I went out for a short ride yesterday hoping to feel some of the results that I'm hoping for but really didn't feel any better.  Every ride I've been on here lately I come back and say the same thing, "That was the worst I've ever ridden in my life."  Luckily spring is almost here and daylight savings is this coming weekend I believe so I'm hopeful to get going again.  We'll see. If I can just feel some sunshine on my skin I'll feel much better.

Here is a list of the ingredients in a Little Debbie Swiss Roll.  Whenever you have an ingredient called "Reduced Iron" you know it can't be too good for you.  According to this they have some Yellow 5, Red 40, and Blue 1 colors in them.  Where's the brown and white come from.  If they ever come out with rainbow colored Swiss Rolls I'll probably fall off the wagon. Or is it on the wagon? 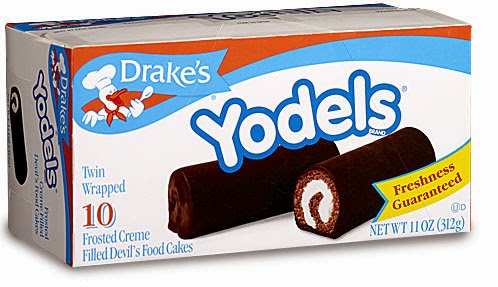 This is a different brand of Swiss Roll made by Drake's.  I've never tried these, and in the back of my mind I'm dreaming that these might possibly be made with some better ingredients and would make a healthy substitute.  Hey, what can I say, I'm an optimist.

Now let me get back to building Scoot's frame.
Thanks for stopping by.