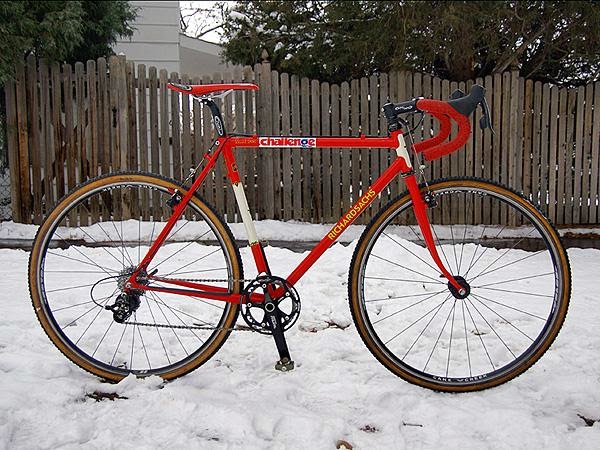 A couple of days ago I did one of my weekly blog posts just sort of touching base with you guys and letting you know what I was working on.  There wasn't anything really special happening, nothing you hadn't already seen before so in typical Meech fashion I tried to add a little humor to the post as to not bore you guys completely to death.  I said some things, as I do on occasion, that could offend some people.  I called Richard Sachs, whom I've never met personally, a "dick" and I also made some references to Jews that very well could be frowned on by some.  I also joked about Bill Clinton, Monica Lewinsky, and who knows what else.

Over the past 5 years, give or take, that I've been blogging I've said some derogatory things about a handful of subjects that some people could take the wrong way.  I've joked about random people, their habits, certain countries, religions, Jesus, the blind, etc., sometimes knowing that it might create a spark, but at the same time I felt that nobody would really take it that serious.  I guess I assume that you guys know how I am and that you probably are just thinking, "Dimitri is chattering a bunch of nonsense again."  I try not to take myself too serious on this blog and I hope that you guys don't either.  My main concern is that the photos of my work show that I am indeed serious about frame building.

So anyway, not long after I posted that last post I get an email from non other than Richard Sachs.  Turns out he has some sort of low-lying, high-end radar system on his website that picks up anything that is said about him or his frames.  He was very polite to me and simply said that my blog showed up on his website's Sitemeter, so he read it and asked me if I had a problem I wanted to discuss and that he was open-minded.  After exchanging a couple of emails we both agreed that this conversation was of no further significance to either of us and to just let it go.  He kindly told me that he wasn't asking for an apology or a retraction of what I said and thats the way it stands today.

The reason I am writing this now is for anyone else out there who has visited my blog and read something that offended them.  I have included the first email that I sent to Richard Sachs because it tells a little about me and my blogging style.  I put a lot of thought into it as this was important to me and I hope that it will help clarify some things to anyone I may have offended.  Its quite long and you're probably already bored reading this but oh well, this makes me feel a little better.

First off, I wanna say that I do not have a problem with you, as I don't personally know you.  I'm really surprised that you read my blog post
and I'm glad that you're open-minded because I stand more of a chance of clarifying my semi-belligerent blogging style.  Where do I even start
to explain a rant like that?  Let me try.
If you read the whole thing then I'm sure you know that there is no rhyme or reason to any of it.  Its really nothing more than a second-rate
stand-up act, and I know that some of it is tasteless but I never really think anyone is taking it serious. When I'm writing, one thought sparks another, and then another,
and before I know it my mind has bounced around like a tornado.  Sometimes my posts  originate from my imagination while other times it comes from past occurences.
On occasion, pretty frequently actually, my mind drifts into subjects that may be touchy and very well could offend people.  It seems difficult for me
to avoid saying some things just because someone may be offended, so I normally go ahead and say it even if I know there will be repercusions.  Its kind of like
not being afraid of a confrontation, because normally not much comes of confrontations, but should something come of it I'm willing to take the licks that I deserve.
Also, you probably noticed that sometimes I talk from another's perspective.  Thats just me reacting to something that i've just said in a way that I think someone else
might react.
Where this post is a bit different from most others is that instead of just general thoughts and observations I actually used some real names, your's of course as
well as others.  I doubt Bill or Monica have read this post.  I called you a "dick" in the post and it seems worse now than it did at the time.  I said that based on some
of the comments that I've read from you from time to time on forums.  You seem to say things the way you see fit and I don't think you really worry about what others may
think.  I actually like that about you even though I may not like the exact thing that you say.  Its not appropriate for me to call someone a name when I've never actually met them
and I know better.  Sometimes I try to add a little humor (if you could even call it that) to my blog posts so that its not just the same old boring posts about me building another
frame.  I try to add a little something extra or a little flare for anyone who might be checking out my stuff.  Some may like it and some may say, "I don't want this jerk to build my frame."
Its possible I've lost some business because of certain blog posts however I can't worry about that because I'm being me and speaking from the heart.
To show you how this post came to be is really simple.  When I was writing and I mentioned "feeling rusty", I immediately thought about people who always say that
steel frames rust.  Then I thought, "Who would be the best person to respond to one of those rust accusations?"  You immediately came to mind because you are one
of the premier steel frame builders and I'm sure you've answered that question more times than you care to.  Then of course I inappropriately called you a "dick" based
on my past impressions of whatever comments I may have read.  I also made reference to ATMO because you do seem to say that a lot in my opinion.  And lastly,
I said something about "good luck buying PegoRitchie products", and my thinking was, you'd never sell anything to me now after I've almost certainly offended you.
Now that I've done the best that I can to explain myself and this blog post I would like to tell you that I really do respect you and your work.  I've always known
that you were a great frame builder, your work is first-class.  I just recently saw one of your frames for the first time at the Arkansas Cross Championships and it was a very nice looking
bike, very classy indeed.  And while I have respect for any great frame builder I have even more respect for the fact that you've built a business from the ground
up and made a living building bike frames.  Thats an amazing feat in my mind and I would love to one day be doing something similar.
I'll probably issue you a formal apology on my blog because you deserve it.  I said some things that may or may not have touched on your business side of things
and that wasn't my intentions, however I doubt that I could ever say anything that would affect your business.  I think you're pretty solid.
You may prefer that I don't issue you an apology and that I just let it sit there and teach me a lesson.  I owe you that much.
I would also like to call you and talk to you personally just so you know I'm not hiding behind emails and blog posts, and if I ever meet you in person I would
be glad to buy you a steak and a beer or whatever your taste is.
I'm sorry for the super-long email. My only hope is that you will give this a quick read as this is much more sincere than my blog post was.
sincerely

I wrote this little "p.s." simply as a joke because after inappropriately calling him a name I thought, "Man, I hope he's not Jewish as well because then i would've offended him even more so.  It turns out that Richard Sachs is indeed Jewish and attended a Yeshiva for 8 years.  I didn't know what that was and had to research it and so basically Richard taught something new, and I always enjoy learning new things, so thank you Mr. Sachs.

When I write these blog posts I really have no idea where all these thoughts come from, they just sort of appear.  Once I read a book about the great Spanish artist Salvador Dali and they were talking about the references that people make about his paintings.  His reply was, "How could they possibly know what these images mean when i myself don't even know." I'm not anything like Salvador Dali but you understand what I'm getting at. Sometimes I write a post and then go for a walk with the dog and I think of something that may or may not enhance the post a little, and so I'll add it later, hoping that it does make it more interesting.  This is all done for the sake of a little entertainment and I sincerely hope that nobody takes any of this too serious.  I try to make fun of myself as well because I feel like we're all created equal. In regards to my frame building, i do take that serious.  When someone asks me to build them a frame I take the work that I do for them and their safety very seriously.

If you managed to stay awake reading all of this I appreciate your time and now I better get back to building some frames. 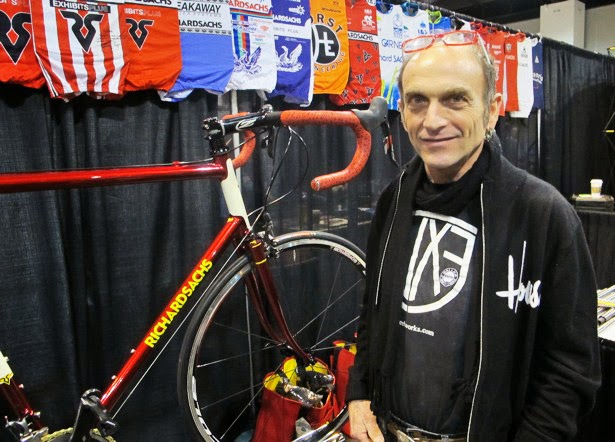