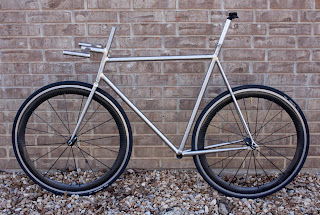 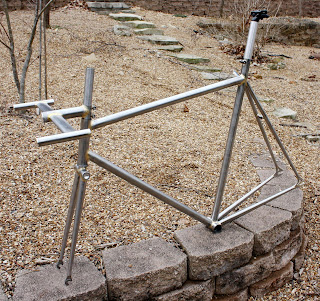 This is the single-speed frame I've been playing with in between other projects.  It started out as just gonna be a simple fixed gear frame and one thing led to another and then everything had to be custom.  When I began I was gonna have a forward sloping top tube running into some drop bars only to imagine having 2 sets of bars for it, the other of course aero style.  I didn't even know I could make aero bars until they were finished.  The blades on the handlebars were actually gonna be fork blades but then i thought that they might ride a little rough so things got all shuffled around again. 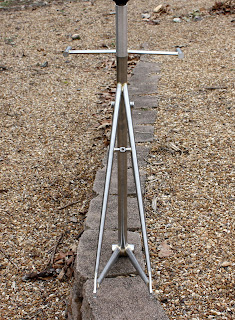 I like this view.  If you're racing this is what you want everyone else to see, your arse-end. 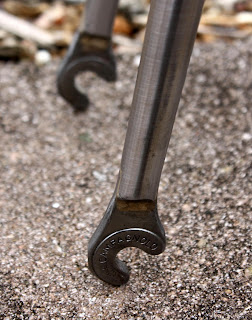 Campy fork dropouts were laying around for a while. 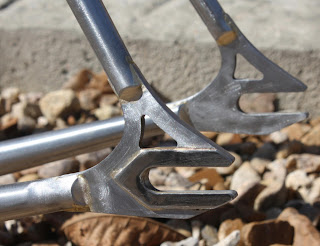 These are just some plain track dropouts with some stainless faces brazed on and polished a bit.  They still need a little more work. 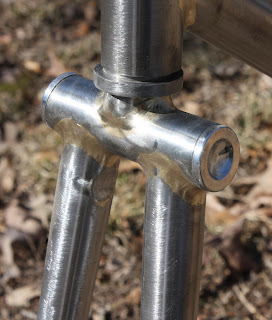 All the caps that you see were hand turned by my good friend Bob Davis.  Caps on the fork, caps on the bar ends, custom caps for everyone. 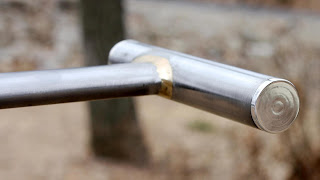 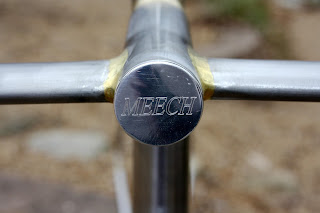 Mark from Mainline Awards, who does all the engraving on the bottom bracket shells, knocked this little beauty out for me,.... twice actually.  The first one got JB welded in upside down, and after heating it up and knocking it out it was a bit deformed.  These freakin bars look the same  whether they're upside down or right side up,  ahhh, except for those little brazing vent holes, thats how you know.  I've made my fair share of mistakes, fortunately I've been able to correct them all. 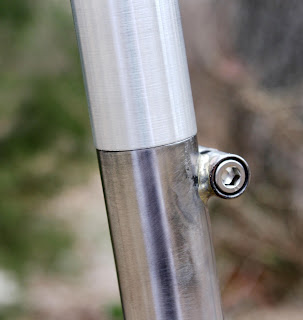 The seat post is actually integrated into the seat tube.  Same diameters equal smooth transition.  I left it long so that it can be turned down to fit the riders desires.  Actually you can just put any aftermarket 27.2 seatpost in it and the pinch-bolt will secure it, but it won't look this good.  Options are nice. 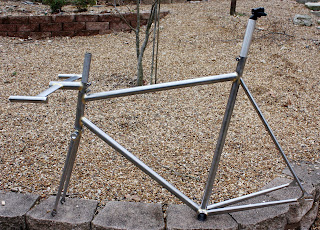 Haven't decided how I'm gonna paint it.  I might just do it like I did my bedroom wall when I was eight years old and just hang pictures of Farrah Fawcett skateboarding in a bikini all over it.  You think I won't?  You don't know me that well do you? 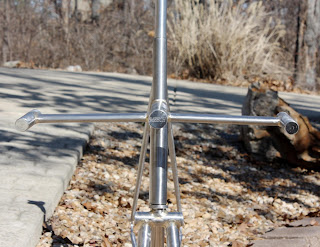 Thanks for ckecking it out.  Chao amigos.
MEECH Custom Bicycles
Handcrafted in
Mountain Home, Arkansas
Posted by MEECH at 10:18 AM